The T28 (also called 105 mm Gun Motor Carriage T95) was a prototype heavily armored tank destroyer, designed for the US Army during WW2. It was originally designed to be used to break through German defenses at the Siegfried Line, and was later considered as a possible participant in an invasion of the Japanese mainland.
Because of the enormous weight of the T28 (95 tons), it used four tracks instead of two. These were designed to help spread the weight of the vehicle over a larger surface area so it wouldn't get bogged down in difficult terrain. The outer tracks could also be removed when the tank was driving on the road. To assist in this transformation, the T28 carried two hydraulically powered winches mounted at the rear of the tank. Each track assembly weighed several tons, and the two could be linked together to form a unit which could be towed behind the tank or a support truck. It took a crew almost 3 hours to add or remove the tracks. 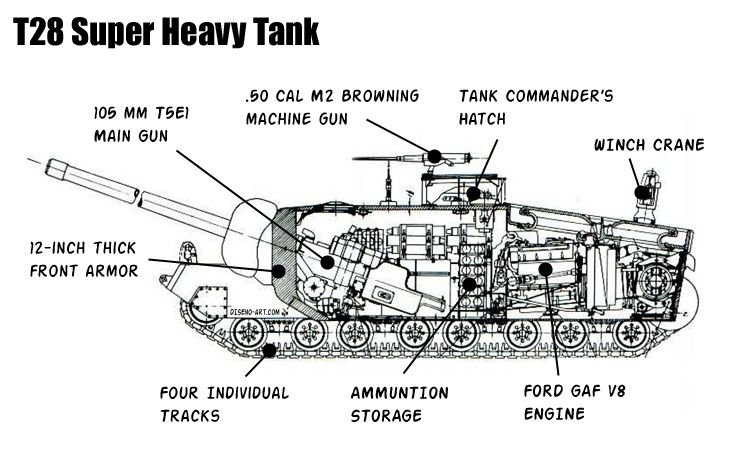 The main gun of the T28 was a 105 mm T5E1, which had a muzzle velocity of 3,700 ft per second and a range of roughly 12 miles. The gun was mounted in a casemate and could only elevate from -5 degrees to 19.5 degrees. It could also move 10 degrees to the right and 11 degrees to the left for more accurate fire. The tank could carry 62 rounds on board, with each round taking a minimum of 15 seconds to manually load. The vision and sighting equipment consisted of two M6 periscopes, one M10E3 periscope and one telescope. The tank's only other armament was a .50 Caliber M2 Browning machine gun which was mounted on rails above the commander's hatch. 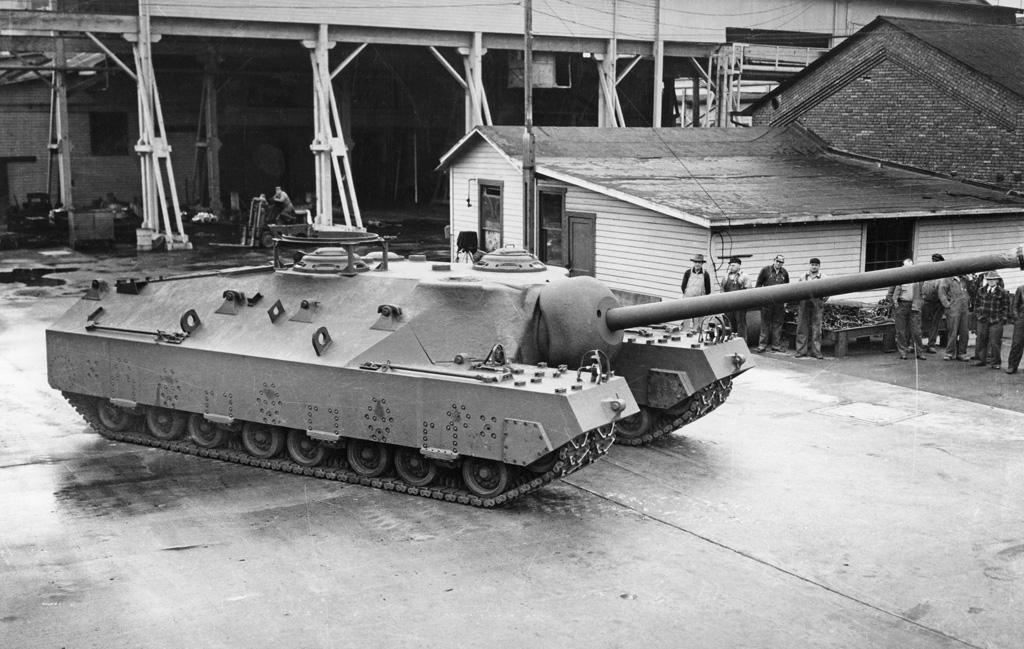 The defensive armor of the T28 Super Heavy Tank was another of its strengths. The front armor was 12-inches (300 mm) thick, and could withstand almost anything the Germans could throw at it, including the feared 88mm anti-tank gun. The sides were less well armored, with plating 2.5 inches thick. It was still more than most other allied tanks of the time.

The T28 Achilles heel was its power and performance. The engine was a gasoline-fueled Ford GAF V8 which produced 500 horsepower. The transmission was a Torquematic unit with three forward speeds and a reverse gear. The steering was accomplished through a controlled differential. With this drivetrain the tank was woefully underpowered, and could only manage a maximum speed of 8 mph. 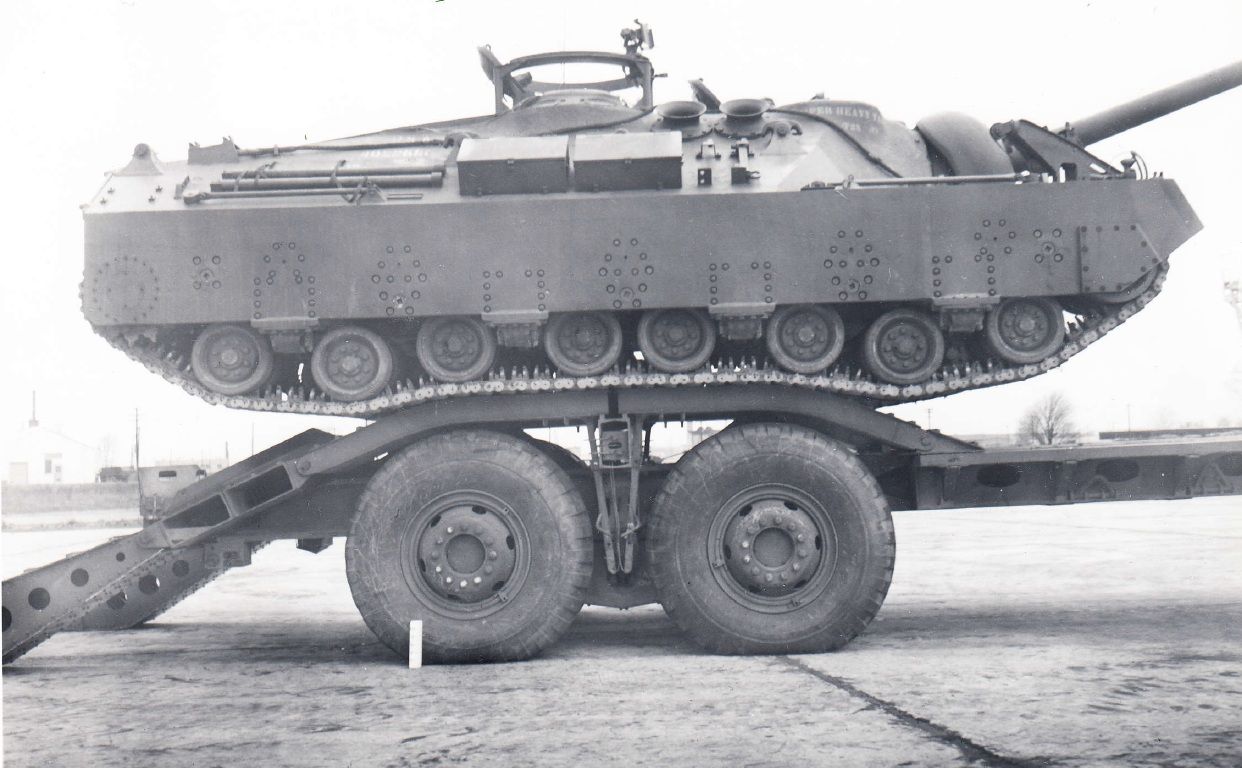 In 1945 the US Army had considered buying 25 examples of the T28. But in the end only two prototypes were constructed, and neither arrived in time for combat use. Instead they were sent for evaluation at the Aberdeen Proving Ground in Maryland, as well as Fort Knox in Kentucky. In addition, the turreted and slightly smaller T29 (70 tons) and T30 (72.5 tons) heavy tanks were shown to outperform the non-turreted T28 in almost every way. In the end the T28 project was shut down in 1947. 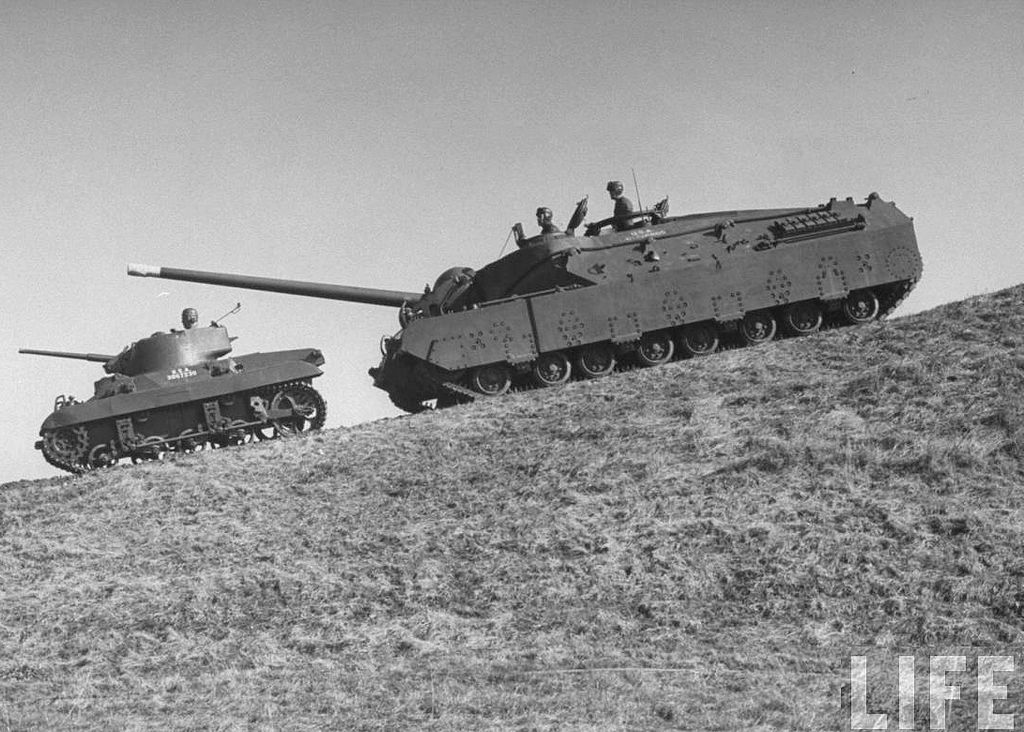 Of the T28 Super Heavy Tank prototypes constructed, one was scrapped after an engine fire gutted the interior, while the other was abandoned in a field at Fort Belvoir, Virginia, where it sat quietly until it was rediscovered in 1974. 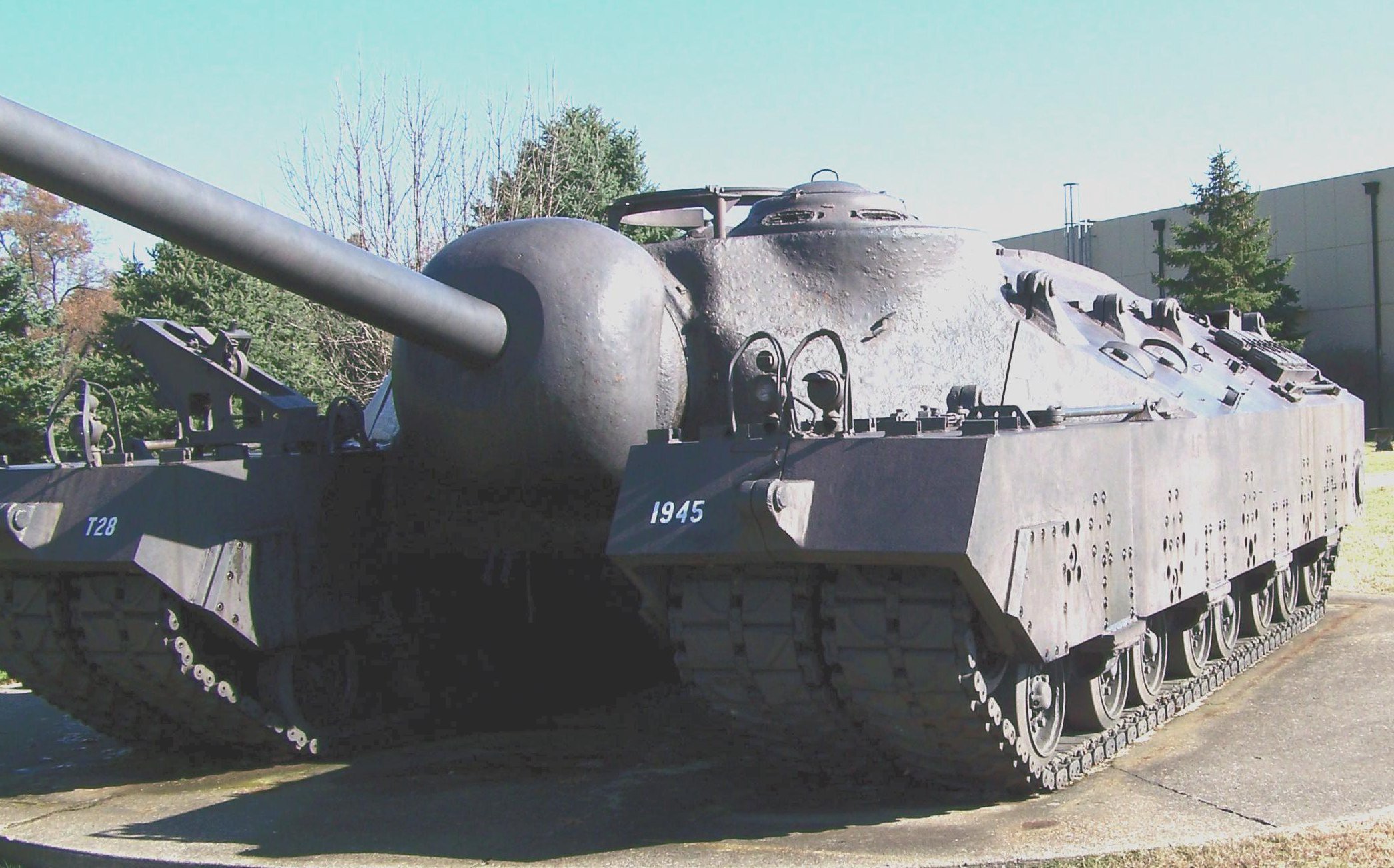