The First Chechen War also known as the War in Chechnya was a conflict between Russian Federation and the Chechen Republic of Ichkeria fought from December 1994 to August 1996.

After the initial campaign of 1994â€“1995, culminating in the devastating Battle of Grozny, Russian federal forces attempted to seize control the mountainous area of Chechnya but were set back by Chechen guerrilla warfare and raids on the flatlands in spite of Russia's overwhelming manpower, weaponry, and air support.

The resulting widespread demoralization of federal forces, and the almost universal opposition of the Russian public to the brutal conflict, led Boris Yeltsin's government to declare a ceasefire in 1996 and sign a peace treaty a year later.

Although there are no accurate figures for the number of Chechen militants killed, various estimates put the number at about 3,000 to over 15,000 deaths. Various figures estimate the number of civilian deaths at between 30,000 and 100,000 killed and possibly over 200,000 injured, while more than 500,000 people were displaced by the conflict and the cities and villages across the republic were ruined.

The Second Chechen War, in a later phase better known as the War in the North Caucasus, was launched by the Russian Federation starting August 26, 1999, in which Russian federal forces re-took control of the separatist region of Chechnya and installed a pro-Kremlin regime which is now led by President Ramzan Kadyrov.

The Second Chechen War started with Invasion of Dagestan by the Islamic International Brigade, and in response to the Russian apartment bombings which Russia blamed on Chechen separatists. The campaign largely reversed the outcome of the First Chechen War, in which the region gained de facto independence as the Chechen Republic of Ichkeria. Although it is regarded by many as an internal conflict within the Russian Federation, the war attracted a large number of foreign fighters.

During the initial campaign, Russian military and pro-Russian Chechen paramilitary faced Chechen separatists in open combat, and seized the Chechen capital Grozny after a winter siege that lasted from late 1999 to the following February 2000. Russia established direct rule of Chechnya in May 2000 and after the full-scale offensive, Chechen guerrilla resistance throughout the North Caucasus region continued to inflict heavy Russian casualties and challenge Russian political control over Chechnya for several more years. Some Chechen rebels also carried out terrorist attacks against civilians in Russia. These terrorist attacks, as well as widespread human rights violations by Russian and rebel forces, drew international condemnation.

As of 2009, Russia has severely disabled the Chechen rebel movement and large-scale fighting has ceased. Russian army and interior ministry troops no longer occupy the streets. The once leveled city of Grozny has recently undergone massive reconstruction efforts and much of the city and surrounding areas have been rebuilt at a quick pace. However sporadic violence still exists throughout the North Caucasus; Occasional bombings and ambushes targeting federal troops and forces of the regional governments in the area still occur.

On 16 April 2009 the counter-terrorism operation in Chechnya was officially ended. Once the main bulk of the army is withdrawn, the burden of dealing with the ongoing low-level insurgency will mainly fall on the shoulders of the local police force.

The exact death toll from this conflict is unknown. Unofficial estimates range from 25,000 - 50,000 dead or missing, mostly civilians in Chechnya. Russian casualties are over 5,000 (official Russian casualty figures) and are about 11,000 according to the Committee of Soldiers' Mothers.

Good start. I have 300+ photos in my collection from the Chechen campaigns. I will post some, but I won't post others because I am sure someone on this forum belongs to mp.net and they will re-post the pictures on there. Be back soon with photos.

Okay I will post a few at a time. Some of the photos my friends blurred out or cut out the faces, some I blurred and cut out. I hope you understand why we need to keep our Special Forces Troops faces hidden. If you have questions about the photos, ask them.

No comments?
Here are some more. Ask questions if you have any.

Didn't know Ukranians fought in Chechnia as well.
U

What? Where? On one of my pictures? I only know of 2 Ukrainian Soldiers of Fortune who fought on the side of the Russians. Unfortunately the rest of my countrymen, I shouldn't even call them that, they are douche bags that happened to be born in the same country as me, fought on the side of the Chechens. They are part of the Ultra Nationalist UNA-UNSO group in Ukraine.

A Russian soldier playing an abandoned piano in Chechnya in 1994.- Russian sniper during the Battle of Grozny, first Chechen War, 1994.

In Urus-Martan region, a blockade for invading russian army. 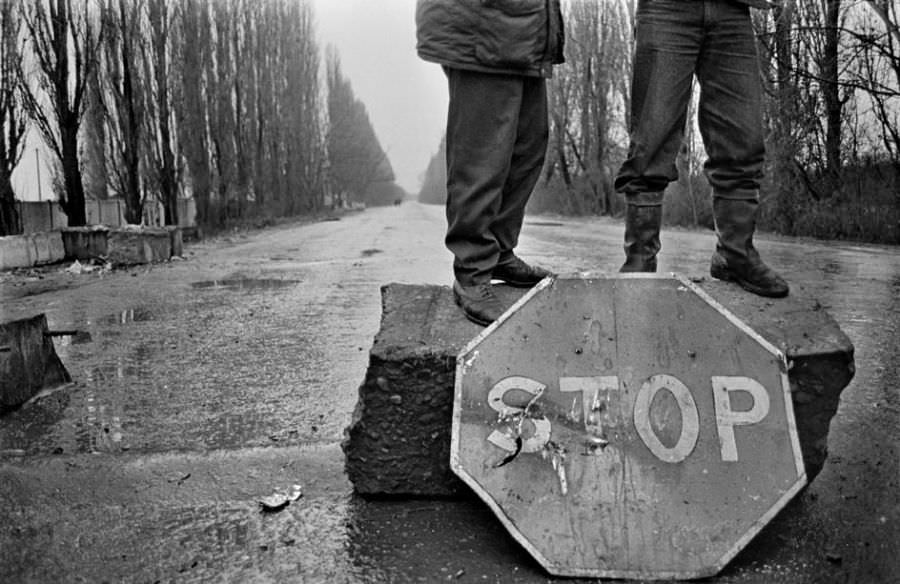 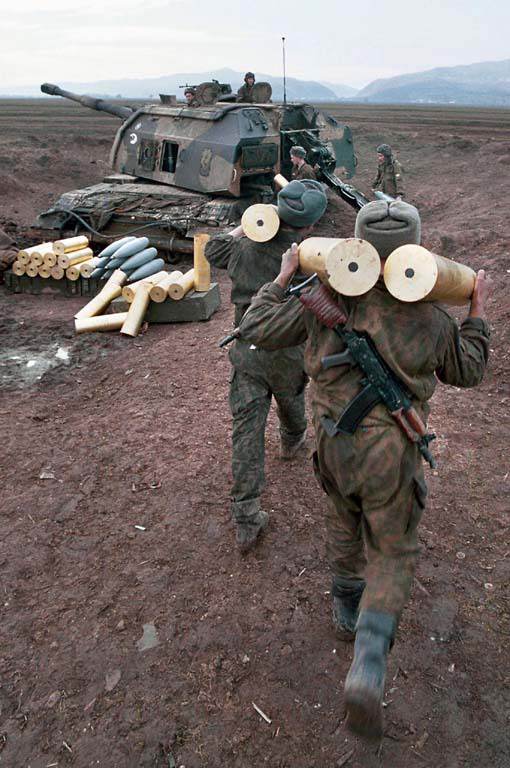 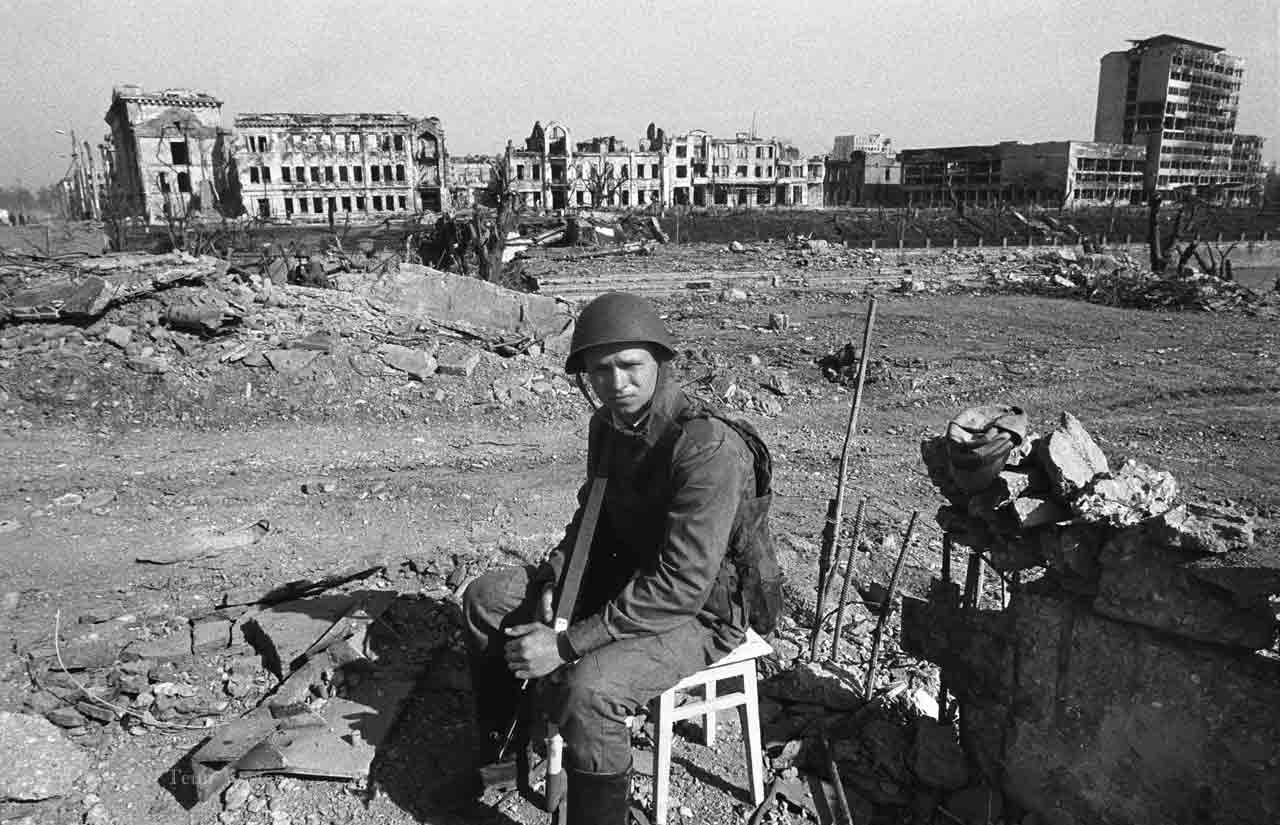 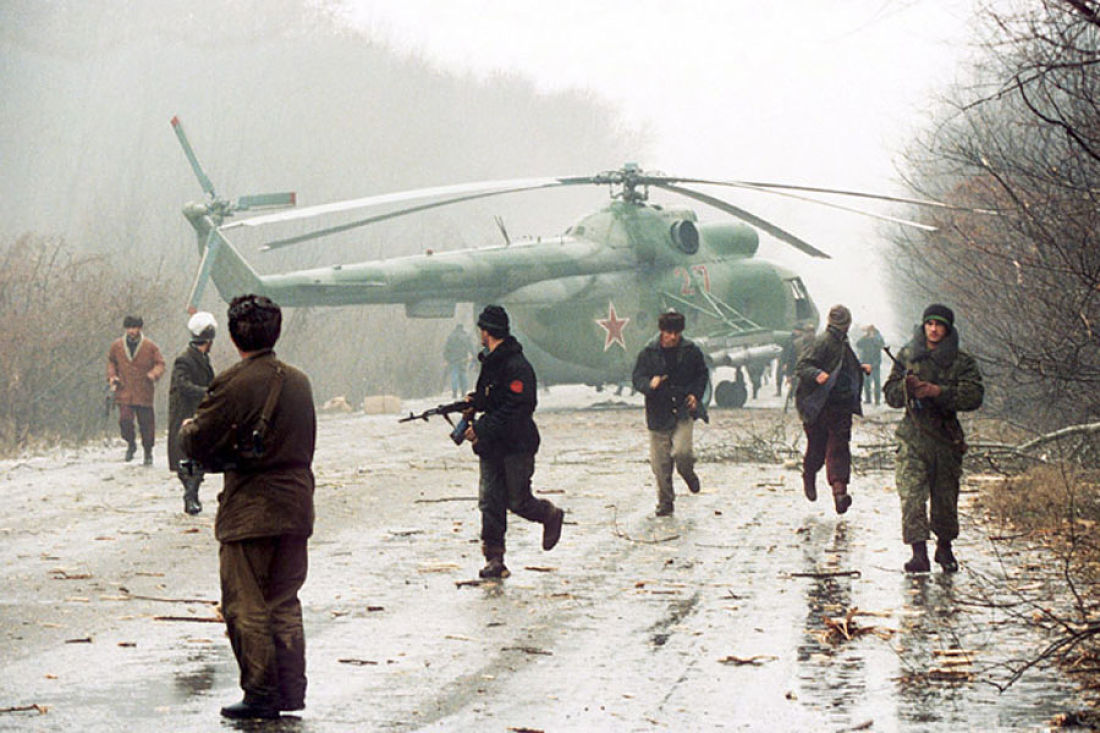 Russian soldiers they celebrate during the First Chechen War, 1995 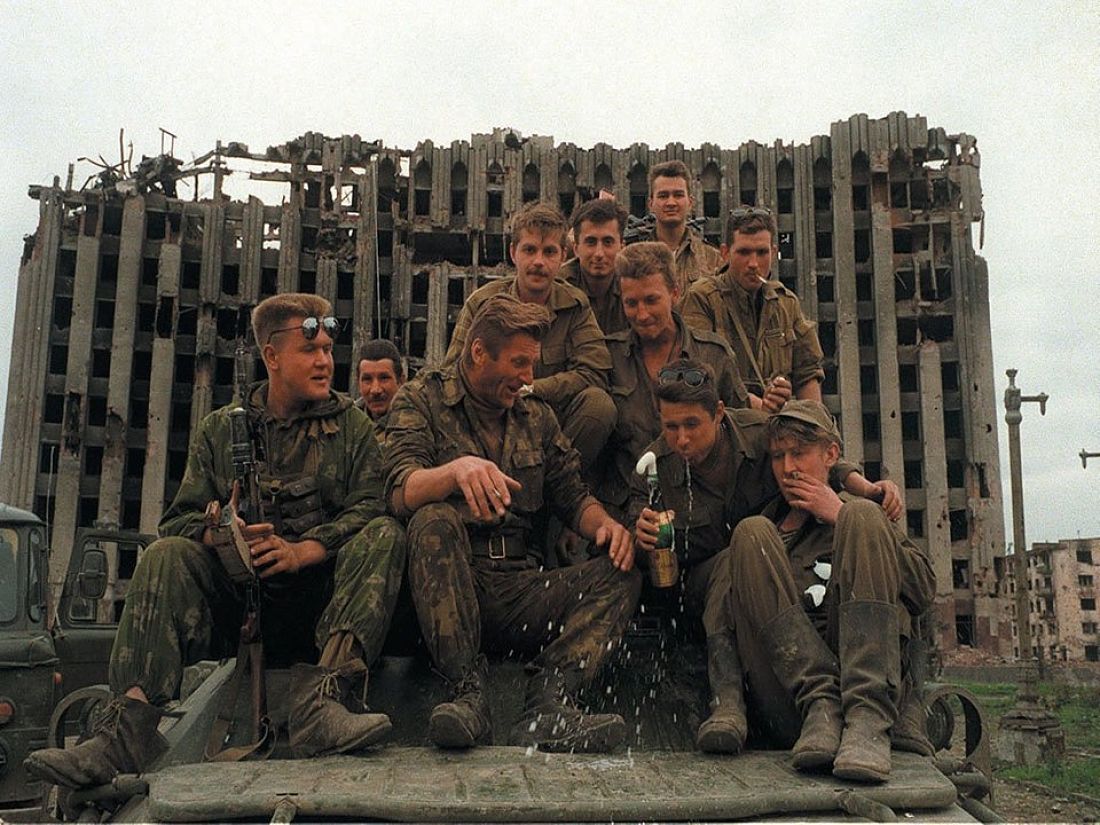 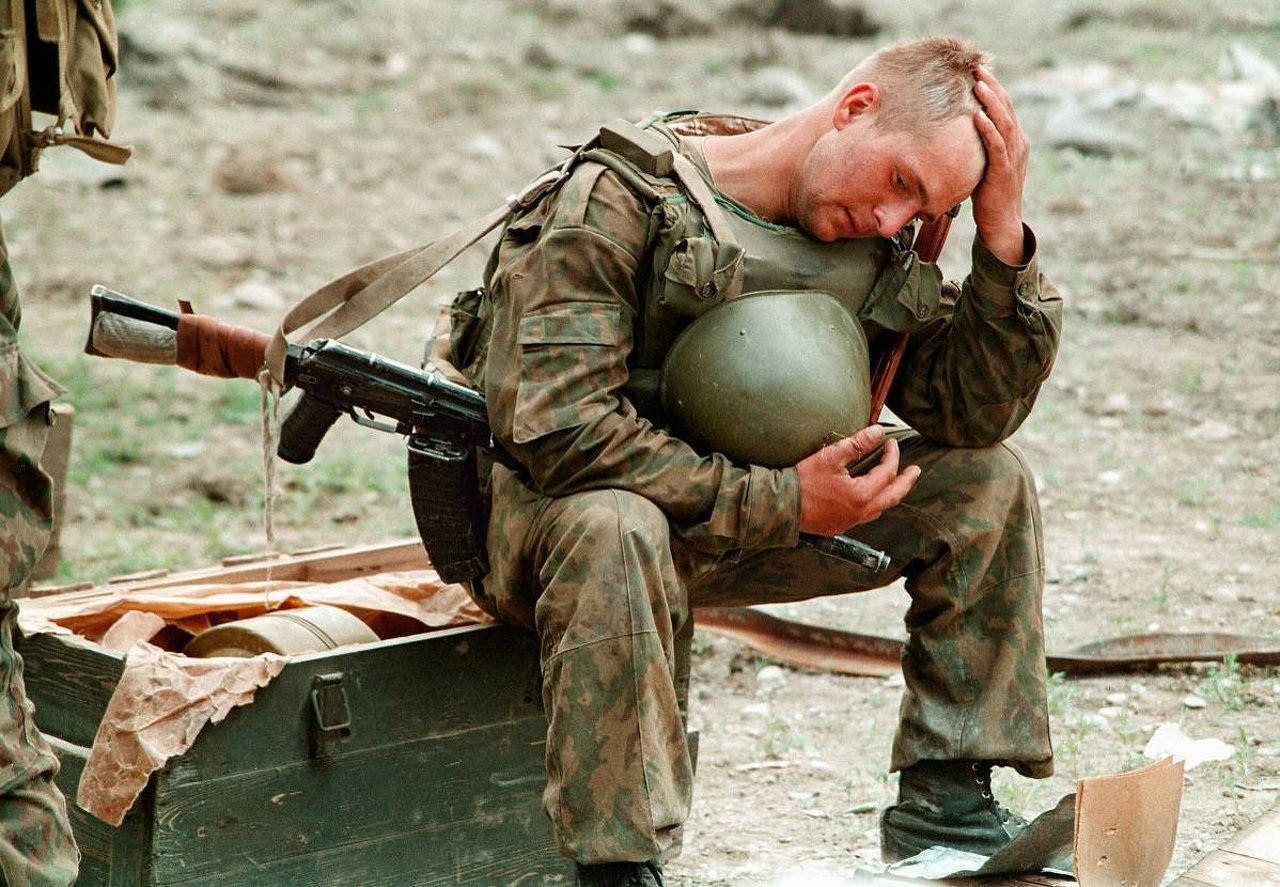