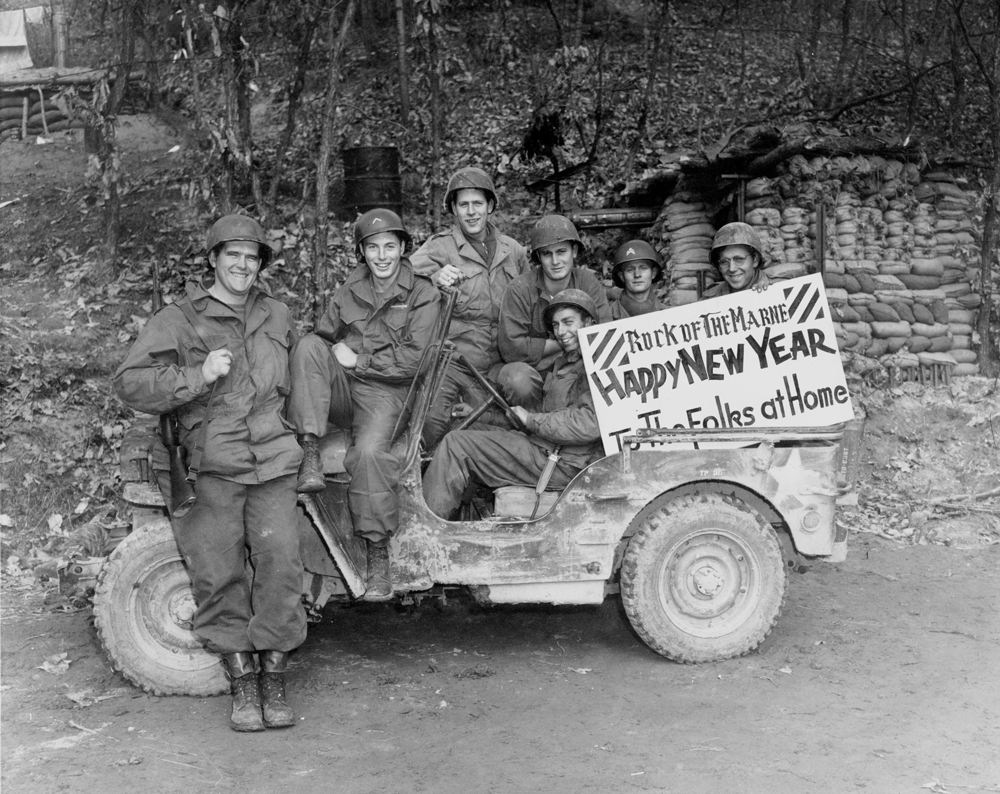 Too fatigue for this marine, unperturbed by the presence of young and old residents in Seoul, Sept. 28, 1950. 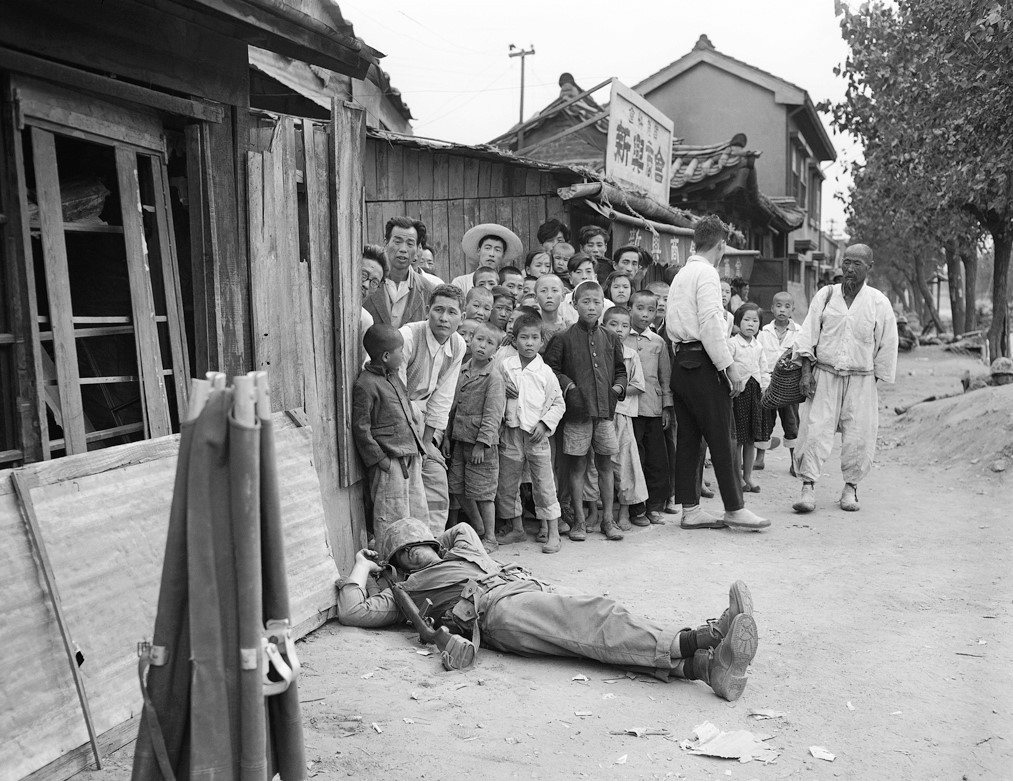