Thursday, June 12, 1941 - Guidelines for the conduct of the troops in Russia

On this day, the OKW - Oberkommando der Wehrmacht - distributes the infamous "Kommissarbefehl" [Commissar order] of 6 June 1941 under the innocuous title "Guidelines for the Conduct of the Troops in Russia."

The Commissar Order was an order issued by the German High Command on 6 June 1941 before Operation Barbarossa. Its official name was Guidelines for the Treatment of Political Commissars (Richtlinien für die Behandlung politischer Kommissare). It instructed the Wehrmacht that any Soviet political commissar identified among captured troops be summarily executed as a purported enforcer of the "Judeo-Bolshevism" ideology in military forces. It is one of a series of criminal orders issued by the leadership.

According to the order, all those prisoners who could be identified as "thoroughly bolshevized or as active representatives of the Bolshevist ideology" should also be killed. 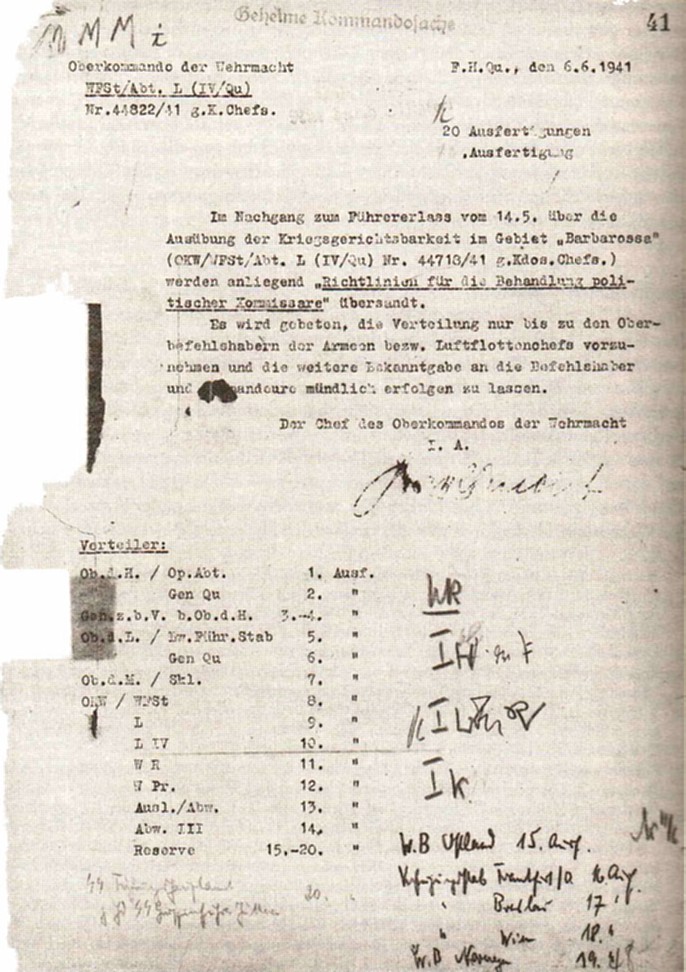