Throughout the 1930s, Japan experimented with amphibious tank designs. In 1941 the Imperial Japanese Navy tasked Mitsubishi with developing a special version of an existing light tank that could move through water and transition onto land. Designers started with the suspension of the Type 95 Ha-Go tank, used an all-welded hull with rubberized seals to keep out water, and fitted two large, detachable pontoons at both ends of the vehicle for buoyancy. The Ka-Mi went on to perform admirably in the water, but once it came ashore, it was no match for Allied weaponry. The Japanese deployed Ka-Mi tanks against U.S. Marines on Saipan, but American bazookas and 37 mm antitank guns quickly knocked them out. In the Philippines, American forces once again devastated Ka-Mi tanks, which, like other Japanese armored vehicles, were thereafter relegated to static defensive roles. 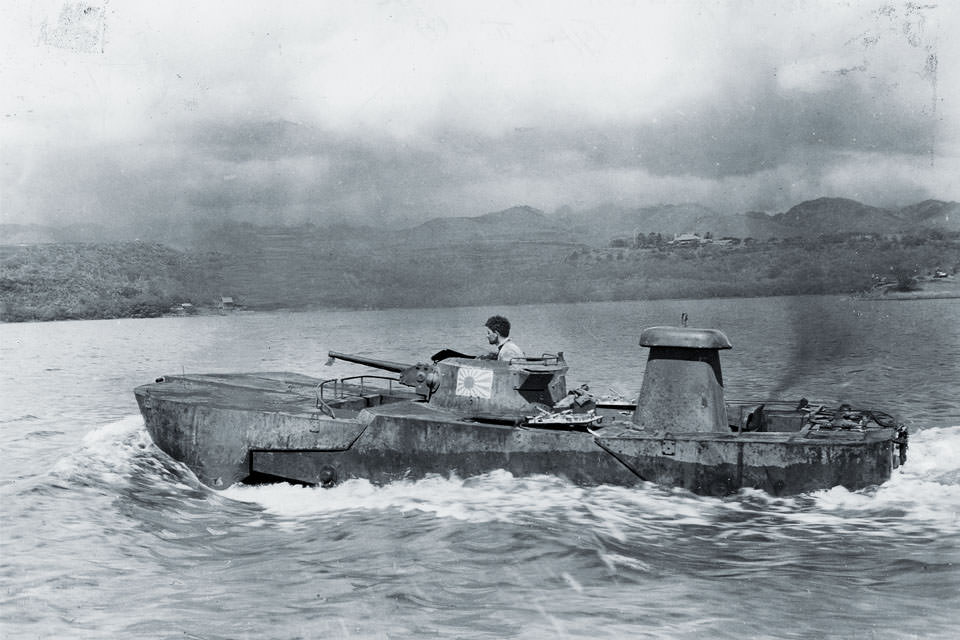 Around 184 were produced for the Imperial Japanese Navy. It weighed 12.3 tons and 9.15 tons without the floatation pontoons. It had a crew of five, sometimes six. They were protected by armour that ranged in thickness from 6 mm to 13 mm. This was only just enough to stop small arms fire and shrapnel from high explosive artillery shells. 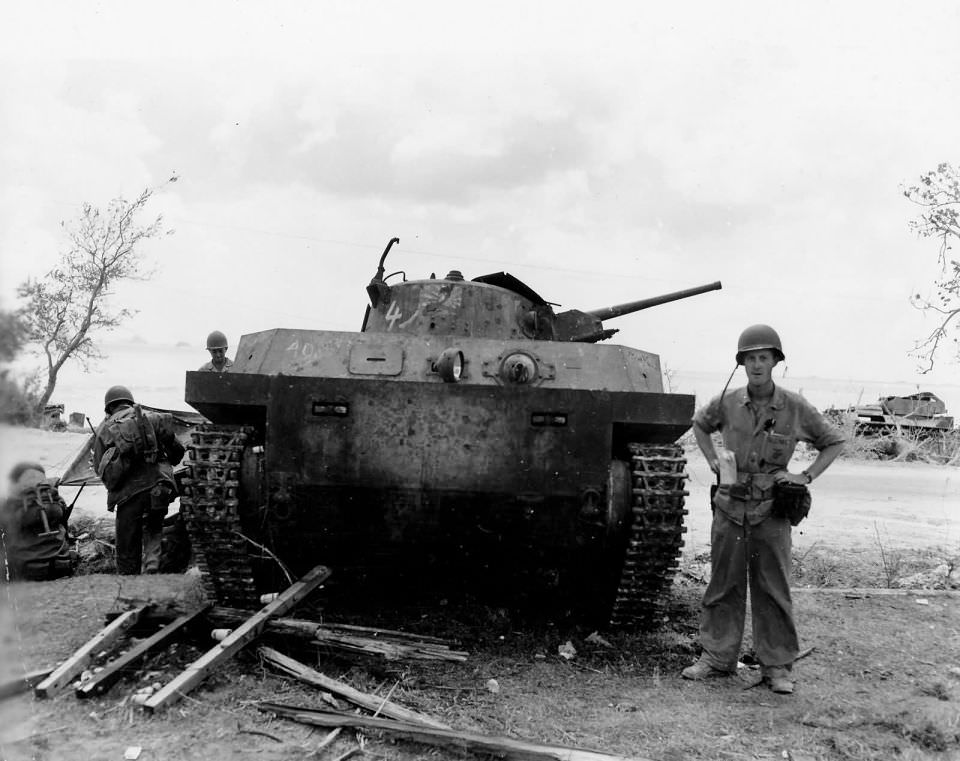 It was armed with one Type 1 37 mm gun and two Type 97 7.7 mm machine guns: one in the hull and another in the rear of the turret. It was powered by a Mitsubishi A6120VDe air-cooled inline 6-cylinder diesel engine that produces 115 hp. Its maximum road speed was 37 km/h (23 mph). 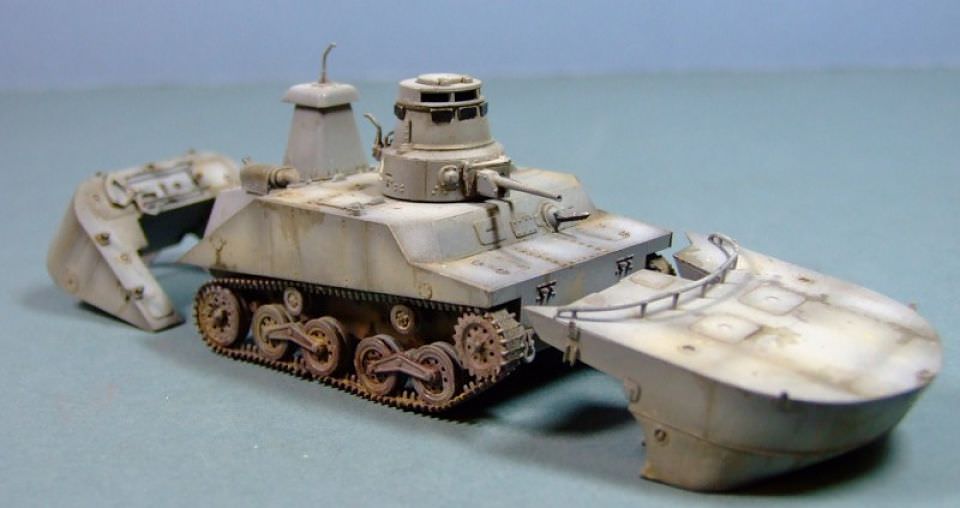