Expended ammunition from a .50-caliber machine gun lay on the surface of a Stryker M1126 Infantry Carrier Vehicle (ICV) at a live fire range in Fort Hunter Liggett, California - Jan. 25, 2014.

The relaxed rules allows U.S. army soldiers to cover most of their body with tattoos, with the exception of the head, neck, face and hands.

The updated Army Regulation 670-1 eliminates the rules surrounding the size and number of tattoos a military service member can have on their arms and legs, according to the Army Times. While soldiers will be able to cover more of their body in tattoos, there are some exceptions. Head, face, neck and hand tattoos are prohibited, with the exception of one ring tattoo on a finger. Extremist, racist and sexist tattoos will continue to be prohibited.

With the relaxed rules, recruits who were previously turned away will now be able to enlist. Soldiers that had a neck tattoo prior to March 31, 2014 -- when the initial tattoo rules were first introduced -- can still be grandfathered into the Army as long as they have been properly documented by their commanding officer. Neck tattoos were first prohibited by that ordinance.

The rule change comes in response to soldier dissatisfaction and complaints about the previous policy, which was more restrictive on tattoos and their placement.

Sgt. Joe Medrano, a senior military instructor for Clemson University’s Reserve Officers' Training Corps program from Presidio, Texas, watches as a cadet drops - blindfolded and carrying an M16 - from a 5-meter diving board into a pool during the Combat Water Survival Test, on Jan. 28, 2016.

Our new Commander and Chief... God Bless the USA... 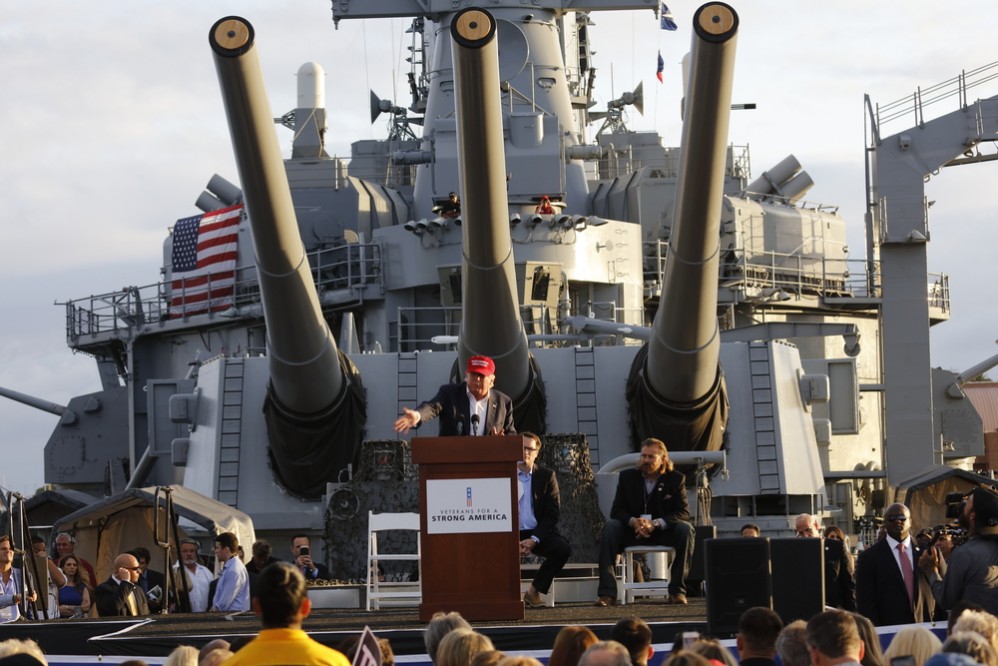 A sailor fires a .50-caliber machine gun during an arms training evolution aboard the aircraft carrier USS George Washington (CVN 73).