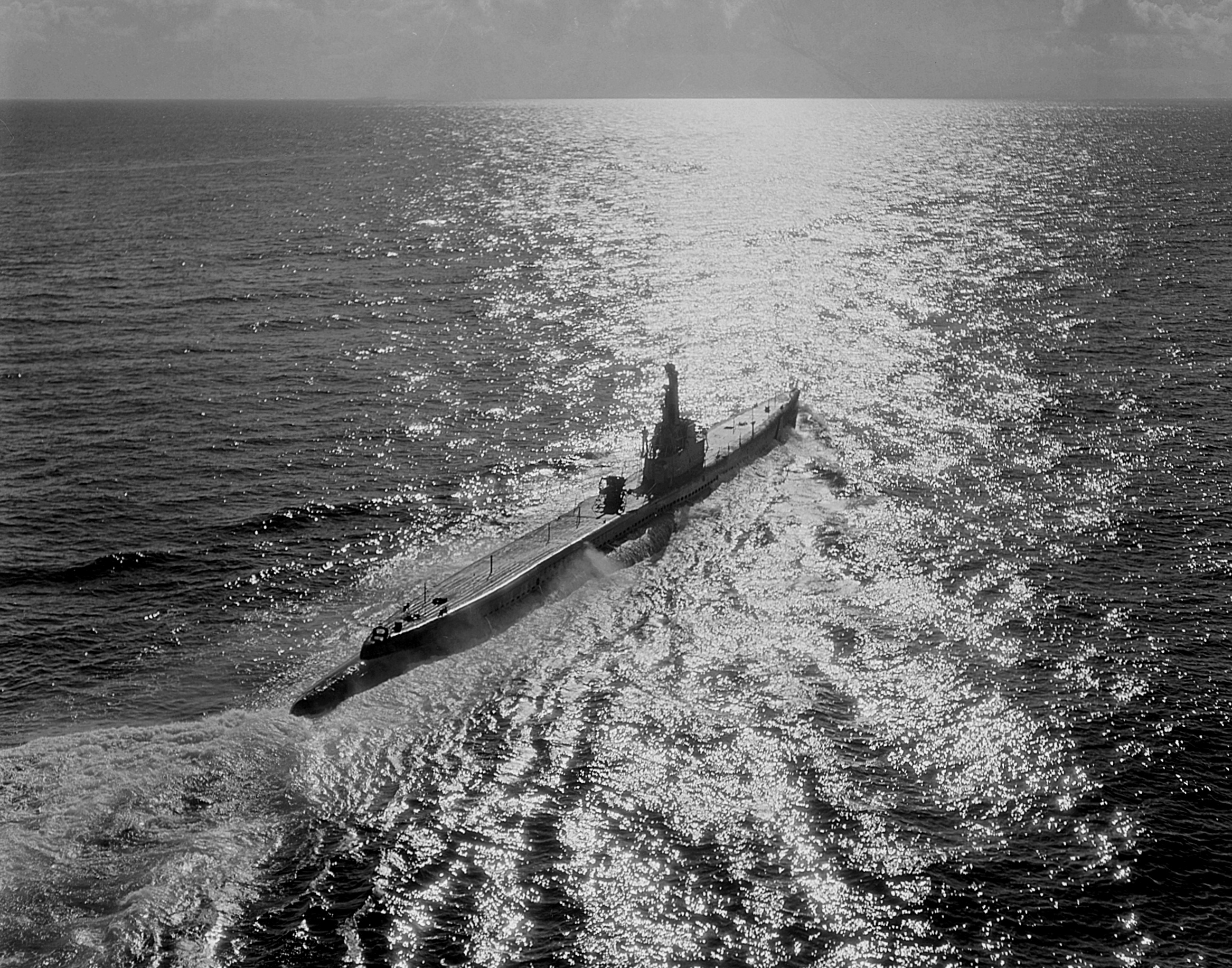 The Barb would carry out 12 patrols during the WW2 to devastating effect on the enemy. On her 11th patrol alone, she sank four Japanese commercial ships and a number of other small vessels and executed a harrowing torpedo launch off the coa st of China, maneuvering back to safety through mined and rocky waters. 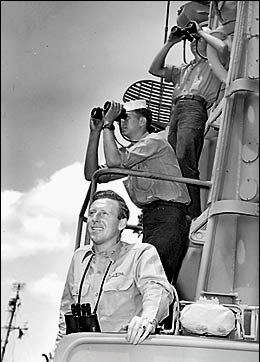 On Sept. 17, 1944, the Barb sank the Japanese carrier Un'yō, just a day after rescuing 14 British and Australian prisoners of war from the Japanese cargo ship Rakuyō Maru.

In July 1945, the Barb would claim its final conquest: not a ship at all, but a railroad train. Fluckey sent eight men from the surfaced sub under cover of darkness to go ashore on Karafuto, Japan. They embedded a nearby train track with explosives and raced back to the Barb as the bombs detonated, shooting train car pieces and debris 200 feet in the air. The Barb's battle flag featured a train in honor of this exploit. 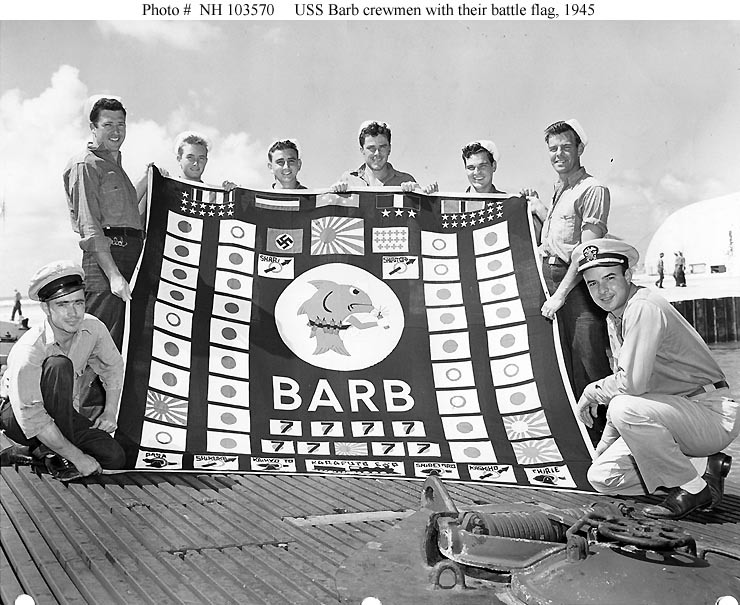 That train on the battle flag must have been quite the conversation piece alright.

I checked to see if the Barb was a floating museum somewhere and found this at Wikipedia:

The submarine was eventually sold for scrap in 1972 for approximately $100,000 (currently $611,000). Admiral Fluckey noted that, had the crew known of this, they would have bought the sub and brought her back to the United States to serve as a museum ship.

Soo, they just had 100 large lying around with nothing better to do with it?
Works for me.

mTk said:
Soo, they just had 100 large lying around with nothing better to do with it?
Works for me.
Click to expand...

Maybe they got some loot off of the train before sinking it....

Medal of Honor and 4 Navy Crosses. And he lived to tell about it! His book Thunder Below is a great read.