Ordered by the French military in 1950’s, Vespa TAP 150 was produced by ACMA, the licensed French manufacturer of Vespa models. The model was first introduced in 1956 and enhanced in 1959. The TAP 150 was planned to be used in the Indochine and Algerian conflicts by the Troupes Aéro Portées (TAP), hence the name of the model. Three companies entered the competition: Valmobile 100, the Bernardet 250 and the modified Vespa. The Vespa won, so approximately 500 pieces of this model were assembled by ACMA. 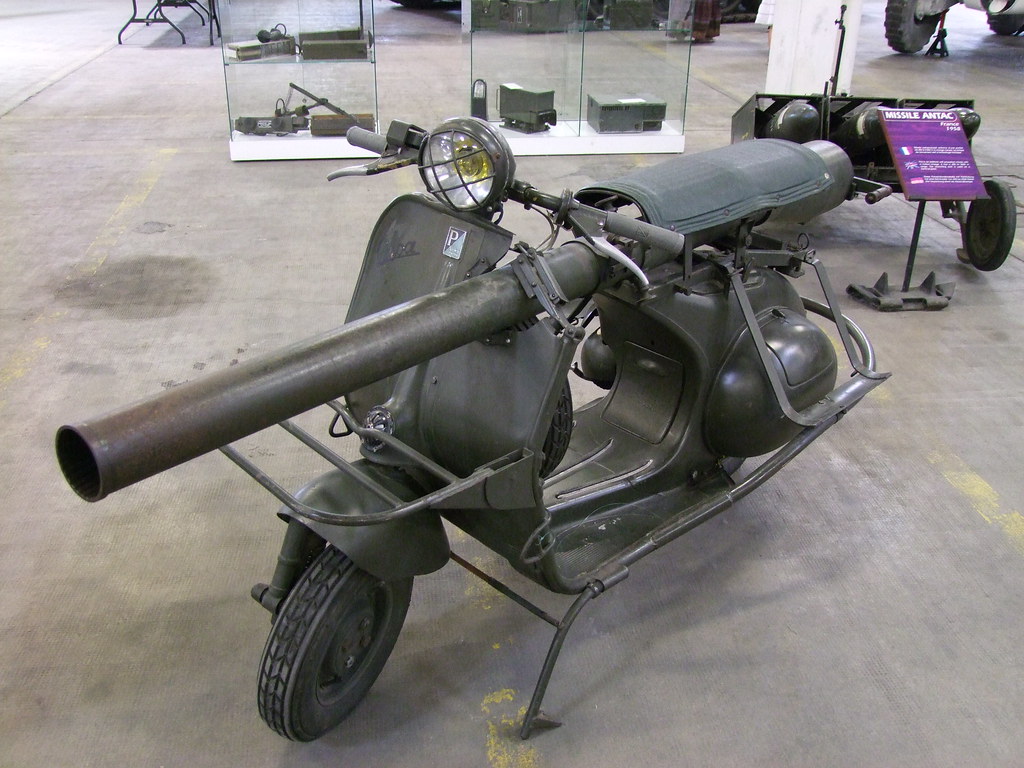 The TAP 150 had a reinforced frame, a 146 cm³ single cylinder, two-stroke engine and could develop a maximum speed of 40 miles per hour. The TAP was equipped with an M20, a light anti-armour cannon, which could penetrate an armor with 100 mm thickness, thanks to the HEAT warhead attached to it. The Vespa was supposed to serve only as a transport method for the cannon, although it was possible to fire the gun while mounted on the scooter. 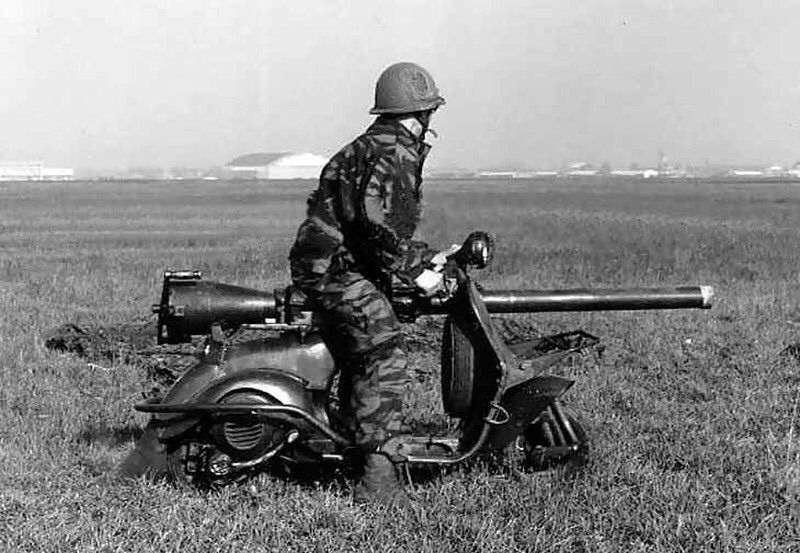 This artillery was not very useful against the tanks in the Indochine conflict but proved itself as quite useful against lightly armored targets in the Algerian War. The TAP was constructed to be dropped in pairs from a plane with a parachute. The bikes were mounted on palettes and protected with haystacks. One of the scooters carried the cannon, while the other carried the ammo, so they were operated by two men teams. The TAP 150 was ready to be used instantly, and due to its mobility, it was a very effective weapon.​

Ah, so that's where the phrase "shoot & scoot" came from.

mTk said:
Ah, so that's where the phrase "shoot & scoot" came from.
Click to expand...