WAR IN THE EAST

I caved and picked up the package on Steam during the sales. May take a break from CM to do a video series. Picture below sums up how deep this game is. 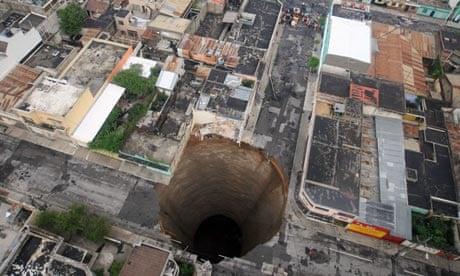 May inspire me to have a look at it again!
I thought about getting a Decisive Campaigns game during the sale but doubt if I have the time.
Good Luck with it, and look forward to the video series.

Anyone want to fight a small scenario?

For only 25 EUR available here:

AD,
Have not played WiTE for awhile. I will put some time into it and get back to you.

Still trying to work everything out so I'm in the single player camp only for the foreseeable future. But dloading a cleaner UI and map mod mades things a lot easier.
L

It is a monster when you start. I printed the manual - "WITE-Manual-[LIGHT]" and placed it in a binder, plus put the pdf on my desktop.
The manuals can be found in your steamapps/Common/WITE directory.
A

@Ithikial Take your time, lot of details to check and learn, you can really spend hours just surfing the menu
L

Cannot promise a very competent WiTE opponent! But, I'm okay for a game if you want to send over the first turn.
A

It will be an even game then
What do you think about a Road To Leningrad? German or Soviet?
2-3 turns per week, CM first!
Server game? It is more easy to handle.
L

Setup a game on the server.
FOW, standard weather, default settings.
Myself as Soviet.
aus3620 fgmwite
A

If you are the Russian you have to start the game, the second player is the one that starts the game.
I'm playing with the last beta patch (1.09.00).
Lock HQ Support please.
Good luck!
L

I have put up a Road to L'grad scenario on the server.
id and pswd in prev post.
Can you see it on the server?
S

Ithikial said:
Still trying to work everything out so I'm in the single player camp only for the foreseeable future. But dloading a cleaner UI and map mod mades things a lot easier.
Click to expand...


Could you please provide me with a link to cleaner UI and map mod?

This game is addictive.

My Operation Barbarossa is a little ahead of history and I've only managed to pull off one encirclement back in June around Minsk (like history). No encirclement around Smolensk or Kiev and it's become a frontal war with quite a few German casualties. I'm a relentless and bloody commander. But it's alright, the Italian Expedition forces have just arrived. Seriously considering holding the advance in place for one or two turns (4 days each) to allow my armies to refit.

It's also very easy to see (for a wargamer at least) where you are going well and not. I've probably pushed Guderian's Panzer Group 2 a little too hard - down to only 50% of his initial tank strength.

Should of have been a YouTube series but the turns are very long.

I bought WitE in the latest summer sale and have been slowly trying to wrap my head around it. I have read the manual, played the tutorial, read the "boot camp" documentation from Matrix and have a pretty good sense of the basics and how to play. But I would like to have some advice from more experienced players about what aspects of the game, the UI, the wealth of information and options that are most important to focus on to improve performance. I'm not talking about tactics and such as I'm a pretty seasoned wargamer.

How long have you got?

Tips I use while playing through the grand campaign (note I'm still in 1941).
- Set up a system that works for you and to ensure nothing is missed. Follow it strictly. For example I always clear up partisans at the start of each turn followed by aircraft reconnaissance and railroad construction before I look at the front line.
- The admin screen includes a production tab which will give you an indication regarding what's in the pipeline in terms of reinforcements coming your way.
- Let your troops rest and if you have the forces, pull some forces back from the front line to let them recover. Don't forget to hit the 'Refit' button for forces you want reinforced more quickly or as a priority. Don't refit the entire army as prioritising everything equals prioritising nothing.
- Don't forget the shift key for launching major attacks. I swear my June 22, not a single artillery piece was used.

@Ithikial Currently play "Road to Kiev" to get into the game. Won't touch the grand campaign yet for a long time. Will probably try Bagration - Berlin as the first big scenario as it mirrors CMRT (hopefully with another module). Thanks for the tips. Do you to air recon manually or leave it to the AI? I need to get a better understanding of the rest and refit aspects of the game before getting into a larger scenario. It is too bad there is no soft factor counter indicator for "fatigue". I usually go through the map from left to right and from top to bottom and do most actions, but save those that may be impacted by other ones for a second overview of the map. Good thinking about doing railway repair right away, I tend to do it at the end of the turn. One thing I find hard is to manage my air force attacks (air fields, units, cities) with regards to fuel, fatigue etc. Need to understand the air doctrine better. All in all it has all the looks of a great game. I like the idea of playing a grand campaign that might take a year or so to complete for the immersion factor. I'll probably get WitW with Torch next time it is on sale. Looks like the improvements to the engine are really great.

I let the AI do the recon. Zoom out fully before you do this and hit the button a few times to order more than one pass. The AI will one recon the hexes that are visible on the screen at the time and if a suitable aircraft is within range of those hexes.

For fatigue look at the individual division screens and look at their relative strengths - particularly infantry squads which will take the most casualties. Remember each attack doesn't include the whole division going in so if you major attack the same hex about three times (which I think is the natural limit for a fully supplied division) then the whole Division has been on the offensive for that four day turn. Keep hitting a strong point for about three turns, safe to say you need to rotate out the division since that's a continual offensive by a whole division for 12 days. Only attack once likely only one regiment went in for that four day period. Using multiple divisions in a major attach (hold down shift key as you hover over neighboring hexes with friendly units) may spread out the 'load' so to speak.

@Ithikial When I hit the Air Recon AI button it makes about 10 sorties. If I understand correctly, you do this several times?
Good to know that the entire division isn't involved in an attack, even a major/deliberate one, I was under the impression that it did. But it makes sense that it doesn't.
Seems like a time consuming way to keep track of fatigue, to check on division by division.
One feature I really like is how hexes turn to "possible friendly" and that unit that moves through those spend less MPs. It makes the whole penetrate the line with infantry and exploit with panzer breakthrough more tangible.
You must log in or register to reply here.
Share:
Facebook Twitter Reddit Pinterest Tumblr WhatsApp Email Share Link
Top