On Sept 1918, Germany lodged an official complaint with the USA over the issuing of Winchester M97 "Trench Broom" shotgun to its' troops. So much so that the German military issued a kill order towards any troops carrying either shotguns or shotgun ammunition. 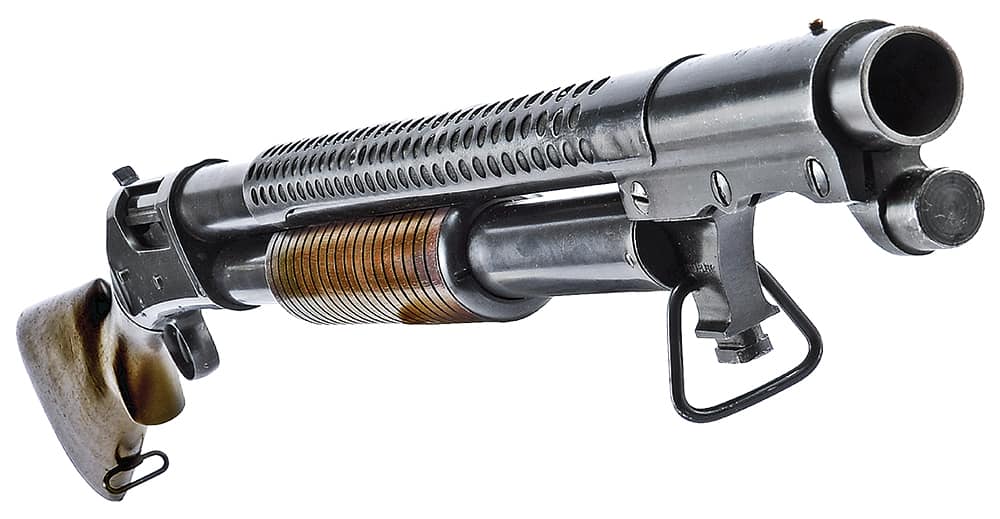 By the end of WWI, the Winchester model 1897 pump-action shotgun had gained a nasty reputation across no man’s land on the Western Front. Despite the emergence of numerous novel weapons technologies, including mechanized armor, soaring warplanes, various chemical gases, and flamethrowers, the most feared American weapon, from the German perspective, was this infamous “trench shotgun.” 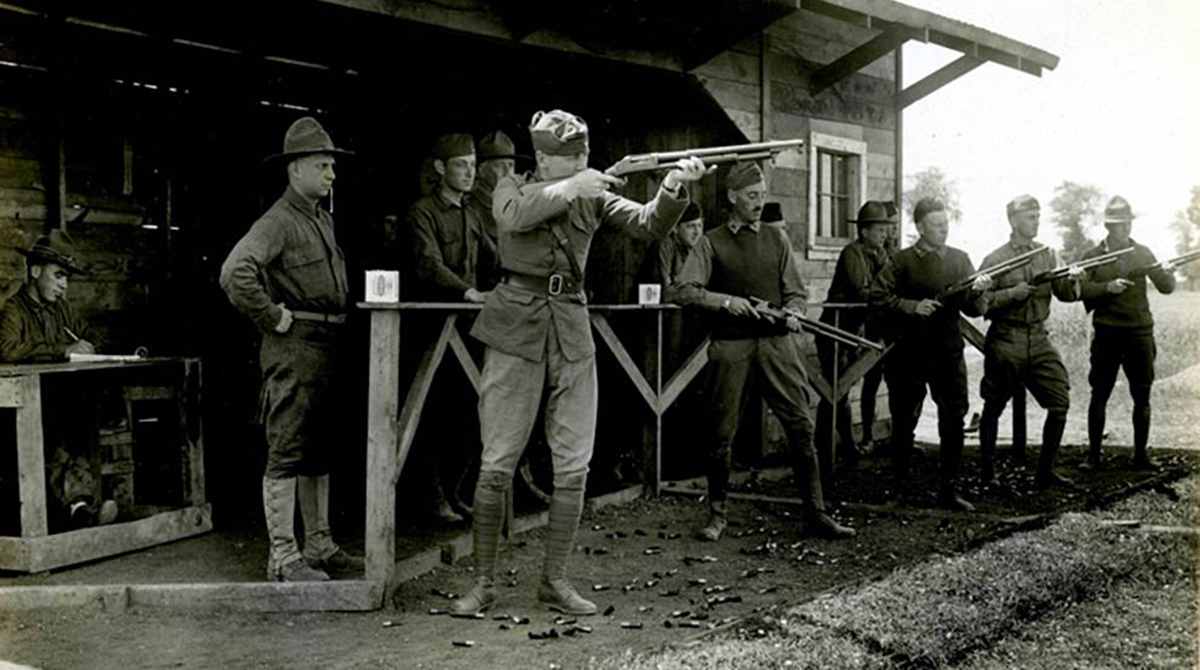 The weapon was designed to give American troops an important edge in close combat, and it did just that. With a 20-inch barrel, sling swivels, and a bayonet lug, the 12-gauge shotgun also had a perforated metal heat shield that allowed soldiers to use the bayonet even when the barrel was too hot to hold. The shotgun accommodated six shells—one chambered and five in its magazine—each containing nine 00 buckshot pellets. 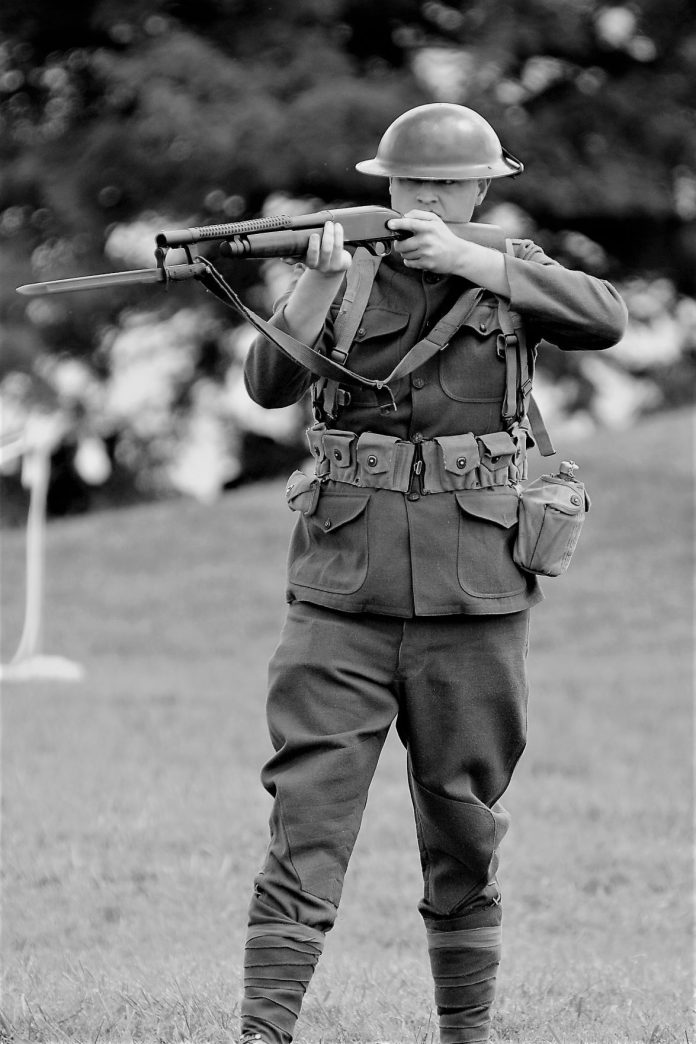 A trained soldier using the Model 97 trench gun in slamfire mode—holding down the trigger while pumping—could unleash six blasts in a matter of seconds. Imagine 54 8.4mm buckshot pellets spraying laterally, with an effective range of up to 50 yards, and it’s easy to see why the guns also became known as “trench brooms” or “trench sweepers.” The trench shotgun was so devastatingly effective that it spurred the German government to send an unusual request to Washington.

On Sept 15, 1918, the German government officially protested the use of the shotgun in a note verbale—an unsigned diplomatic note—transmitted to the Spanish Embassy in Berlin, then to the Swiss Embassy, and eventually to the American legation in Berne, Switzerland. The note asserted that the use of shotguns by U.S. forces violated Article 23(e) of the 1899 and 1907 Hague Conventions claiming the trench shotgun caused “unnecessary suffering” and warned that any American captured with a shotgun or shotgun ammunition would be executed.

Although the German request successfully reached Washington, it was promptly ignored.​ 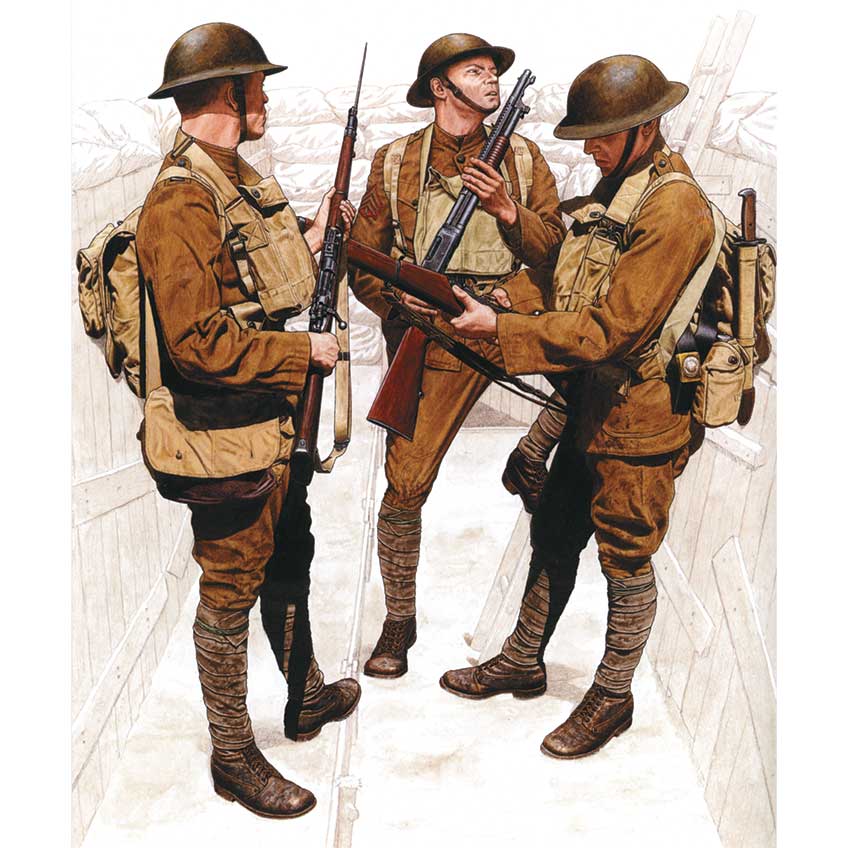