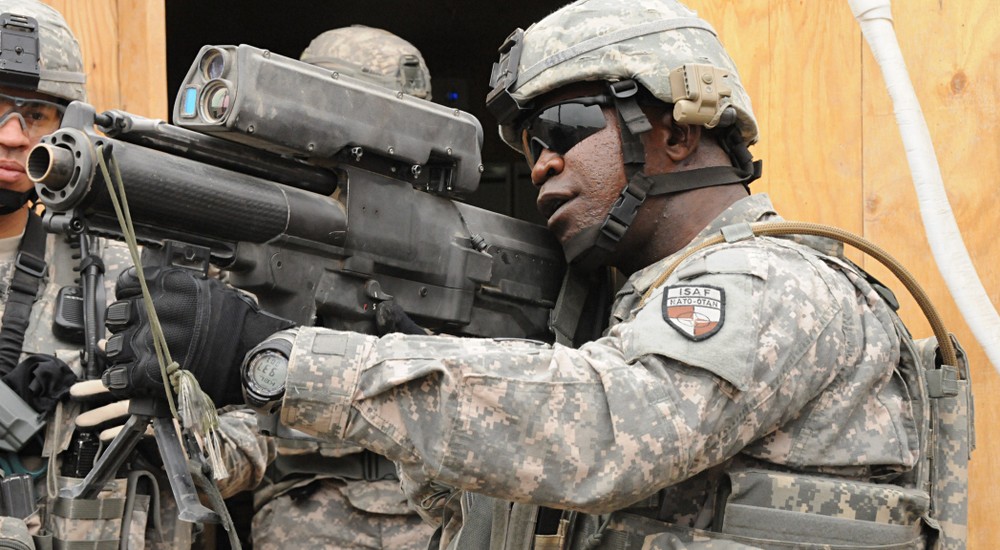 Five pre-production models have undergone field testing in Afghanistan with the 101st Airborne Division who nicknamed it the "Punisher," and 36 more XM25s have been made since then.-

The XM25 CDTE fires 25 mm grenades that are set to explode in mid-air at or near the target. A laser rangefinder in the weapon is used to determine the distance to the target. The user can manually adjust the detonating distance by up to 10 feet (3.0 m) shorter or longer; the XM25 automatically transmits the detonating distance to the grenade in the firing chamber. The grenade tracks the distance it has traveled by the number of spiral rotations after it is fired, then detonates at the proper distance to produce an air burst effect.-

These features make the XM25 more effective than traditional grenade launchers at the task of hitting targets that are behind cover or dug into the ground (i.e. in defilade.) 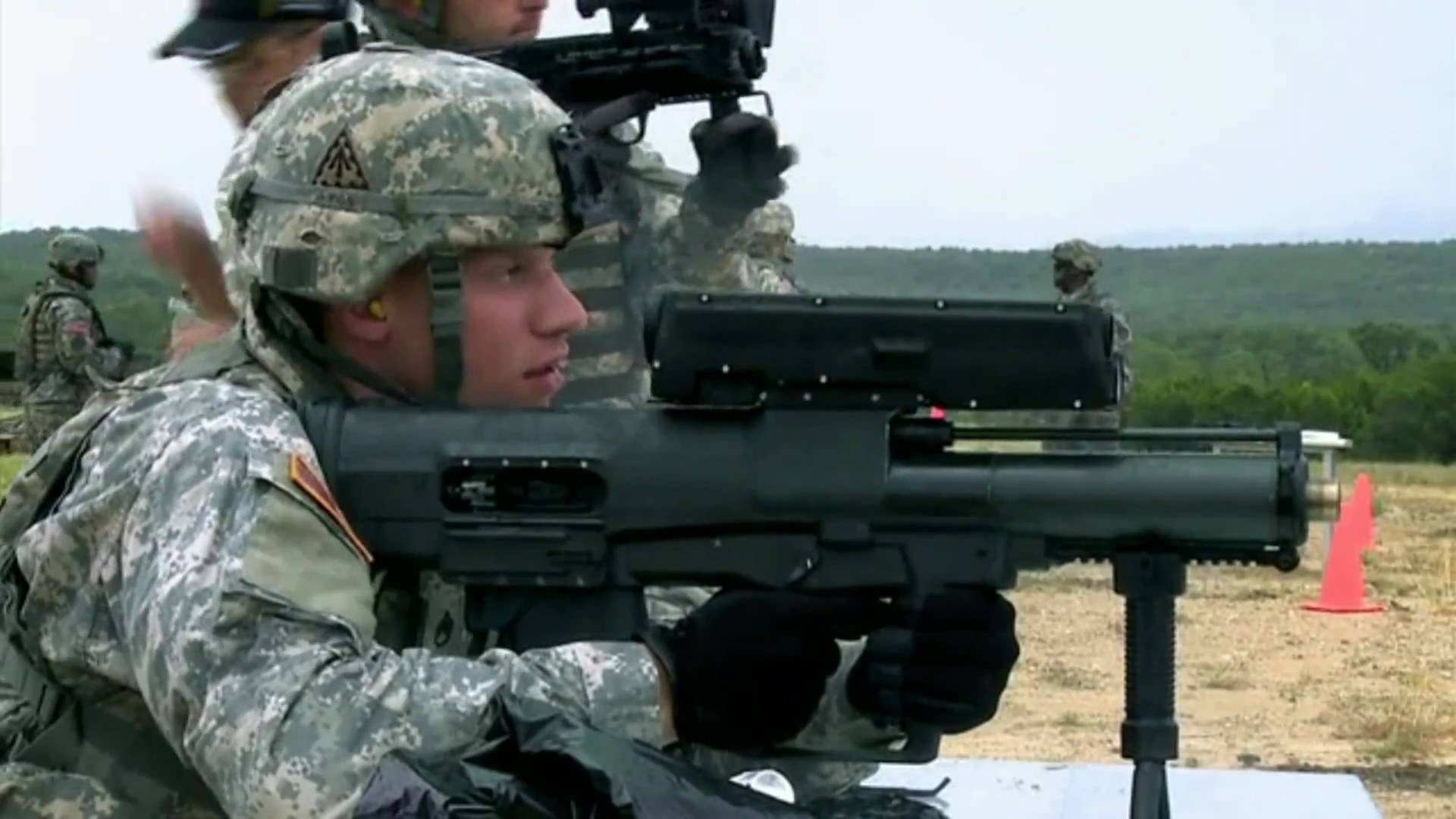