Thanks, and credit to the original modders Wolfe, Juju, and Bil (engineer symbol) from whose mods I used as a base to make this. For my part I did the necessary color changes, and made the geometric FOW icons. I think many will find this to be practical, and useful in reading the enemy contacts especially when many FOW icons are present.

This mod has two unique features: Geometric FOW icons, and a 2-color code system per side.

Geometric FOW icons –
Advantages:
*Makes FOW icons smaller by losing the “?” which is no longer necessary.
*Gives each FOW icon it’s own unique shape to make them more distinct.

Two color coding system per side for function –
Axis – (red = spotted, grey = FOW) – default
Allied – (blue = spotted, olive green = FOW) – default
Advantages:
*Allows much greater visual distinction of SPOTTED enemy contacts from FOW enemy contacts.
*Spotted icons pop out from the FOW icons giving the player a more organized view of the enemy situation. One will see through eye directing that they concentrate easier on what is spotted from a sea of FOW icons. Player’s will notice the spotted icons stand out while FOW icons become more unnoticeable unless you want to notice them.

USING ALTERNATE FoW icons –
The mod has two folders. One is the default with color combinations described above, and the other is an alternate folder, which contains alternate FoW color icons per side. These can be swapped out of the default pack’s FoW folder. You can only use one color FoW set per nation at a time. Example: Take the olive green British FoW out, and put the British bright green FoW icons folder in. This will give a British blue(spotted), and bright green (FoW)only. All the FoW icons in this mod can be used with any other icon mod, or stock icons by just putting those folders in the “z” folder. To swap out the alt mortar ammo bearer take the ammo bearer icons out from their nations folder (don’t delete them just move them out of “z” incase you want to use again), and put the alt ammo bearer folder in the “Z”. You can only use one type of ammo bearer icon at a time.

To use this mod place the default pack folder in the “z” folder. 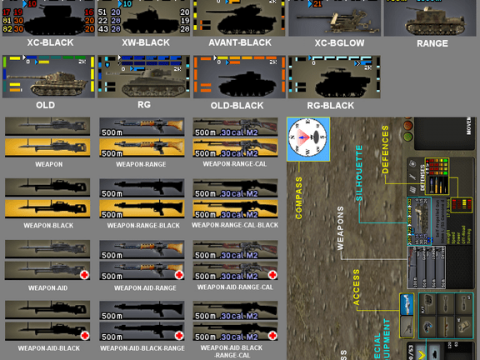 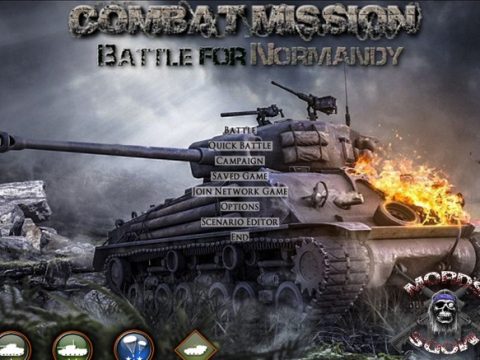 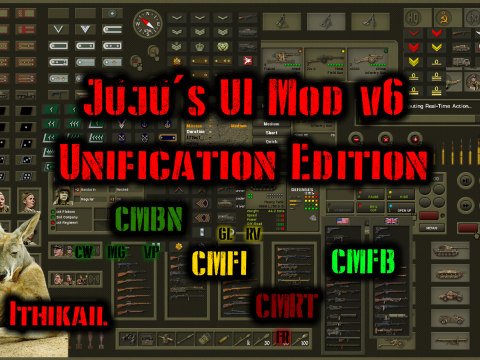 Shock Force 2 Master Briefing Graphics Template
admin 2021-07-30 0 Comments
These templates use Photoshop (.psd) files, so some basic knowledge of photoshop is required to be able to use them,...

Cold War Master Briefing Graphics Template
admin 2021-07-30 0 Comments
These templates use Photoshop (.psd) files, so some basic knowledge of photoshop is required to be able to use them,...

Juju’s UI Mod v6 – Unification Mod
admin 2021-06-20 2 Comments
JuJu has announced that he was stepping back from modding in the CM community after many years stretching back to...

Joes Dusty Germans
admin 2020-12-31 0 Comments
This mod is intended to give the regular German infantry unis a dusty look. I’ve used only vanilla bmps but...

CMBS: BMP-3/BMP-3K By Oleksandr
admin 2019-02-18 0 Comments
This mod will provide you with camouflaged version of BMP-3/BMP-3k. At first I was inspired by this camouflage and then...