This BF109 Flavor Object was created by Aquila-SmartWargames. With his permission it was used in the CMRT scenario Alarmeinheiten.

Un-Zip and place flavor object in your CMRT Mods folder.

For Steam users: Drive:/Steam/steamapps/common/Combat Mission Red Thunder/data. Create a folder called “Z” (or “Z Mods” or whatever) in your data folder. Put your mods in that folder.

This flavour object mod is not mod tagged. However it will only show up in CMRT scenarios that use Telephone Pole slot #7. 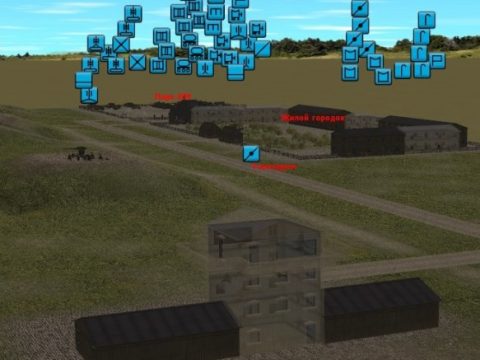 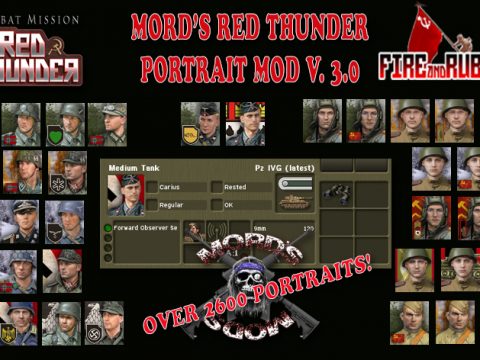 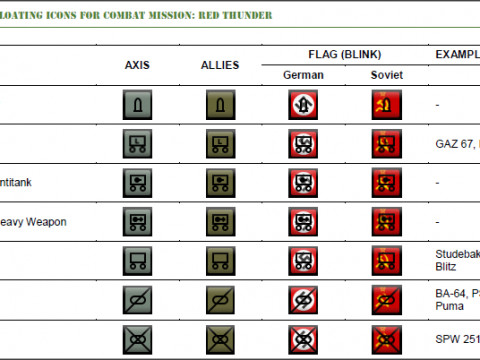 CMBN US Paras Normandy Shell Dressing by JM Stuff
admin 2022-01-19 0 Comments
Mod part 05. This is already a old mod but now he will be official on the CM MOD Warehouse...

Multicam 3rd Infantry Division
admin 2019-02-18 0 Comments
This is a camo retexture that will change the appearance of US Army infantry to wear Multicam OCP, along with...

Aris Wespe CMRT / CMBN
admin 2019-03-13 0 Comments
This mod was originally made for CMBN. I lost all my Photoshop templates for this vehicle, so I haven´t been...