Aliens... Another Glorious Day in the Corps.

Watched a few videos on the game ... one player did remark it reminded him of an old game called "Space Hulk".
Last edited: Jan 15, 2021

Nice paint job how are you enjoying the game?

Buckykatt said:
Years ago, I had a game similar looking to this featuring “Gene-stealers” and “Space Marines” my sons and I painted the pieces, it was fun. “Space Hulk” was the name of the game as I recall
Click to expand...

I played Space Hulk many years ago, fun game.

Hicks moves back, together with Newt and Ripley towards the exit...
Frost and Hudson pull back too... as a rear guard.
Vasquez moves towards Hicks, while Gorman aims at the spawn points, and the doors.
(Aiming adds to your fire power on that move.)

The blip from terminal 4, now moves through the doors adjacent to Gorman and Ripley.
Fortunately is a single alien! 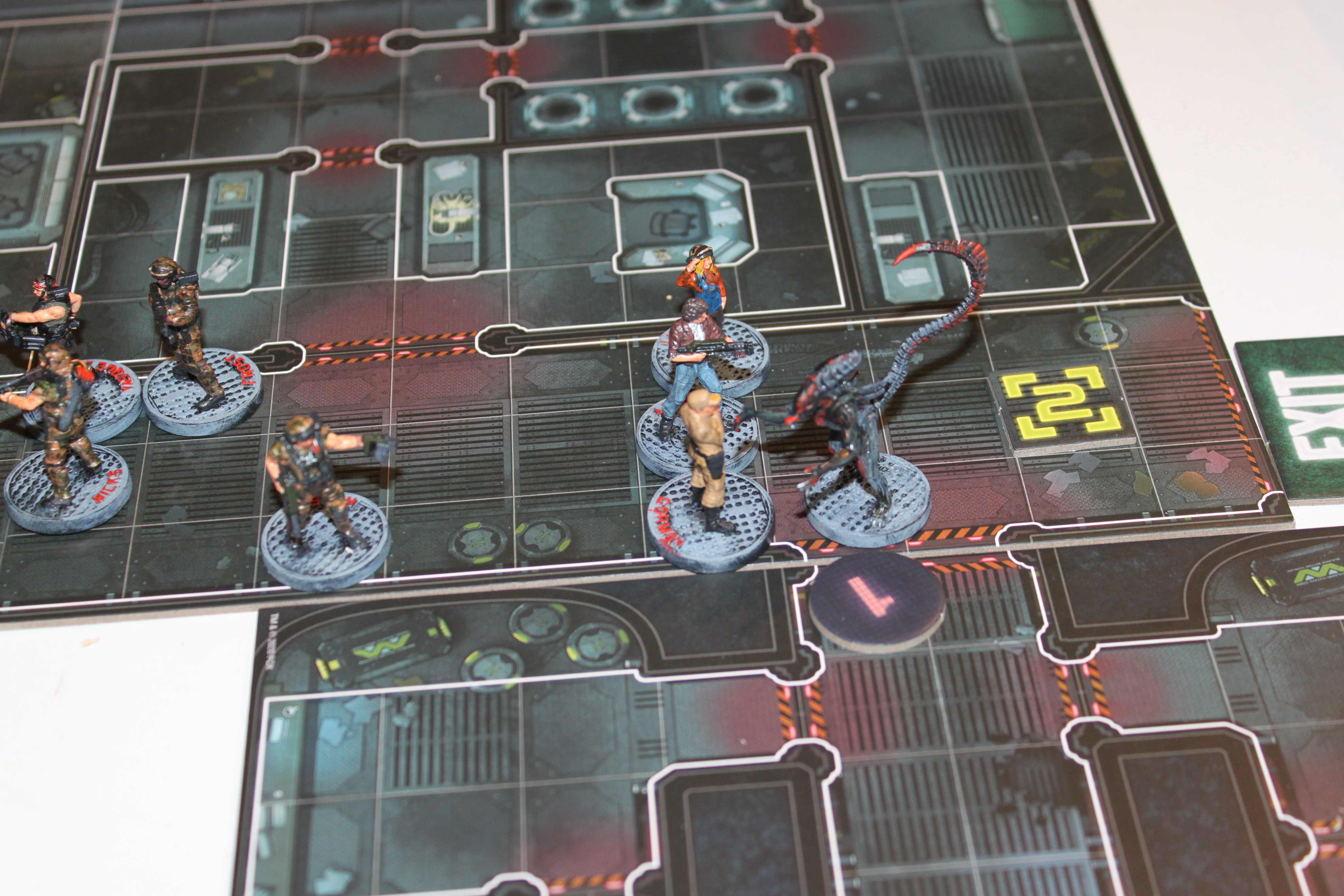 (Arrow 1) Now the other aliens continue push forward their full moves attempting to rush the marines... 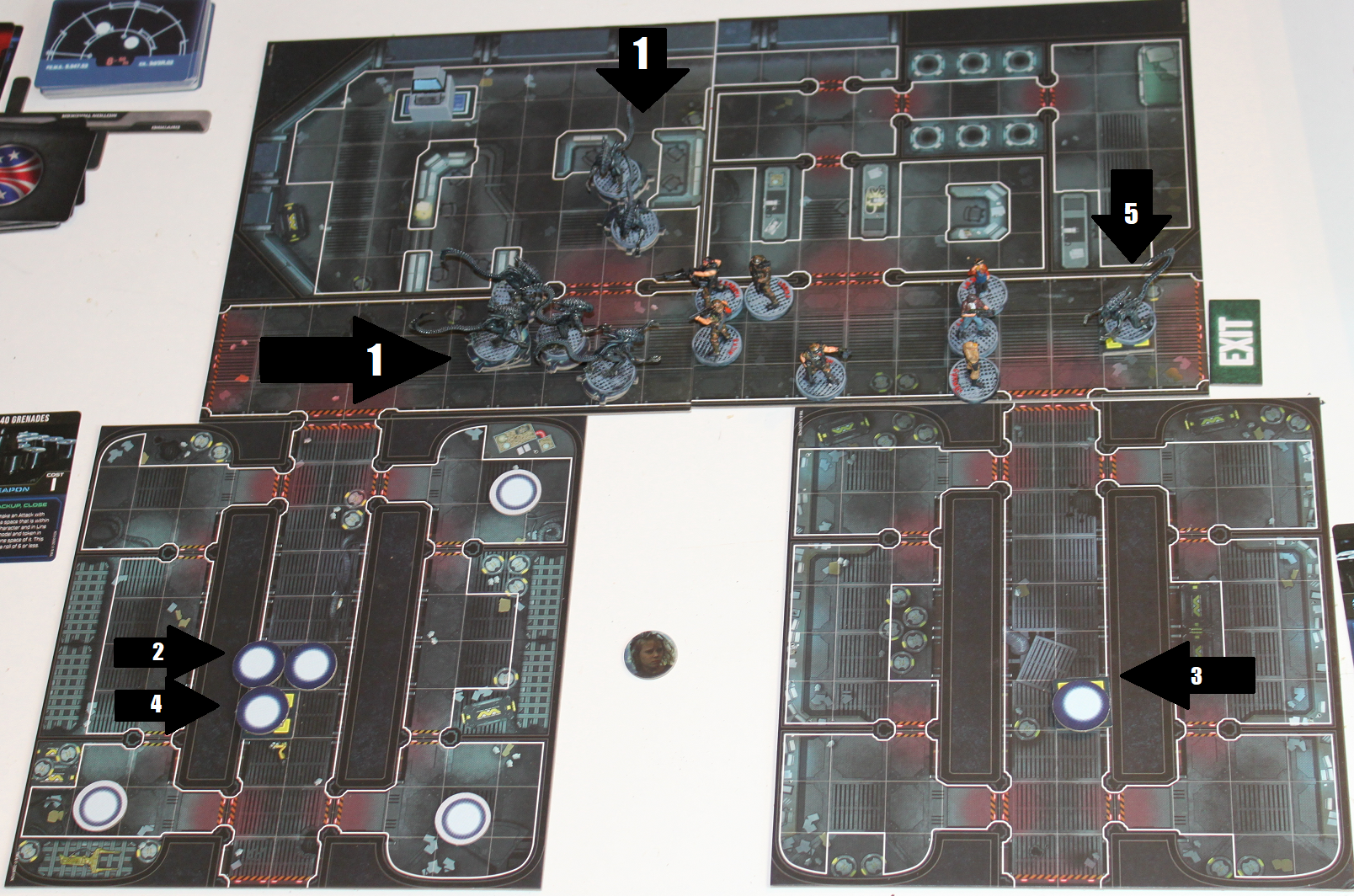 Since Saturday, the game remained on the table, the play through was going well. I only expected it to be there over the weekend. Game time expected to be only a couple of hours.
It certainly takes longer to play, if your moving six pieces and learning the rules.

Some of the videos on the game, made me confused. Found it difficult to grasp the endurance card and its system, that is till turn three. I think this was because before turn three, not much happened.

The twin blips in the game only moved one or two squares a turn. (Low dice throws.) Finding Newt and the motion cards certainly spiced the game up!
Beware in some videos, solo players only remove one motion card, per move. In the rules it does state one or two player games pick up two motion cards each. Not sure why I played two hero characters. Certainly, made the game harder.

It is now heading towards Wednesday lunchtime, unfortunately I must clear the table. Over the next two days I am looking after my grandchildren, and have to make room for other games, drawing, and meal times.

I think this is as good point to leave the game… will Newt and a minimum of two adults survive.

The run through was helpful, the only mistake I think I made in hindsight was when the aliens broke through the barricade. Once the first blip entered the board, the others I think should have been placed alongside Frost. Uncertain, I placed them around the barricade by dice throws. (Rules: Blip tokens must also move towards the closest character, taking the shortest route possible.)

I enjoyed playing the game and will give it a run through as a solo player again…, but first I want to play against the family. I sure the dice cheering, and the giving of advice, while booing the alien motion cards pick-up will add to the fun of this co-operative game. Hopefully soon, but good Fun, anyway.
Last edited: Jan 15, 2021