This female british war worker adjusts the tracks on a tank, 1940.

May 1943, A crew clean the gun barrel of their Crusader tank at El Aroussa in Tunisia.

A Matilda tank advance on a street in Leeds, from factory to testing ground. 1941 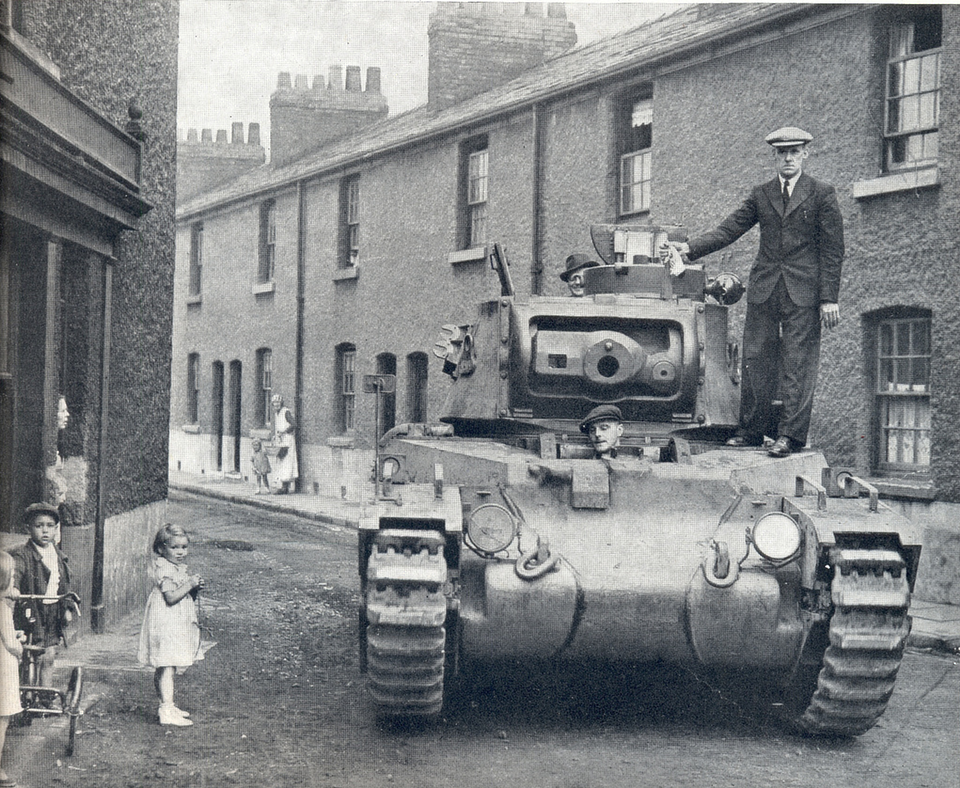 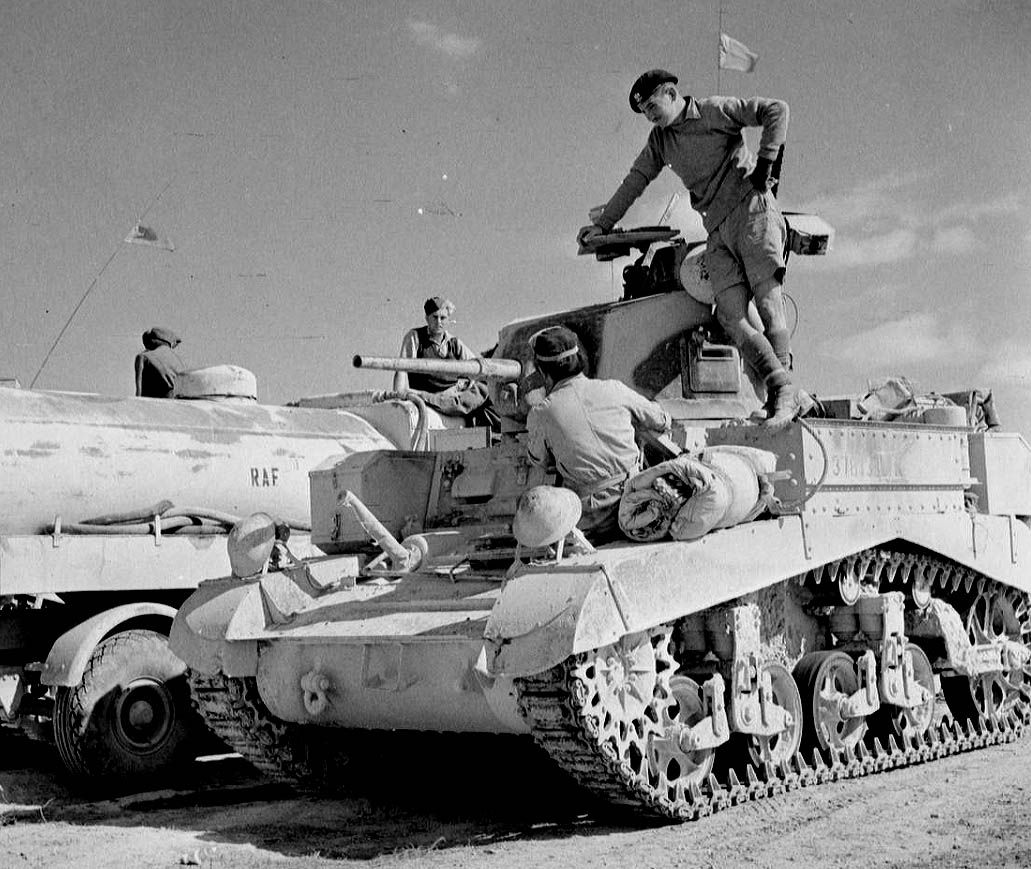 Hope they put in the right fuel (see side of truck)....

The flamethrowers on Churchill Crocodile. 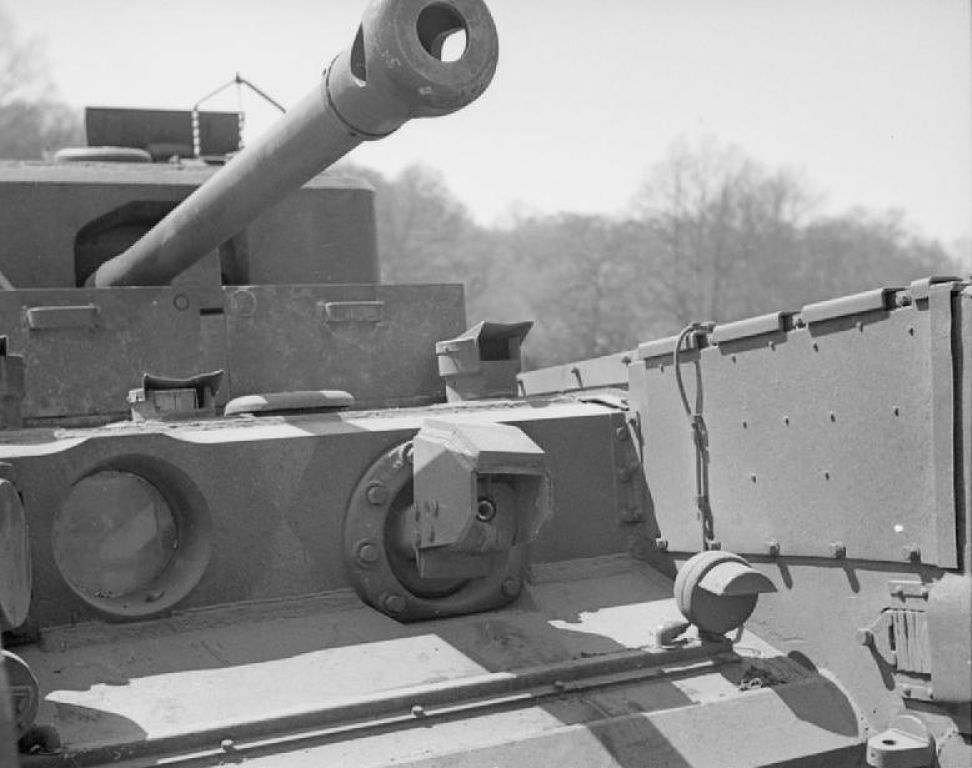 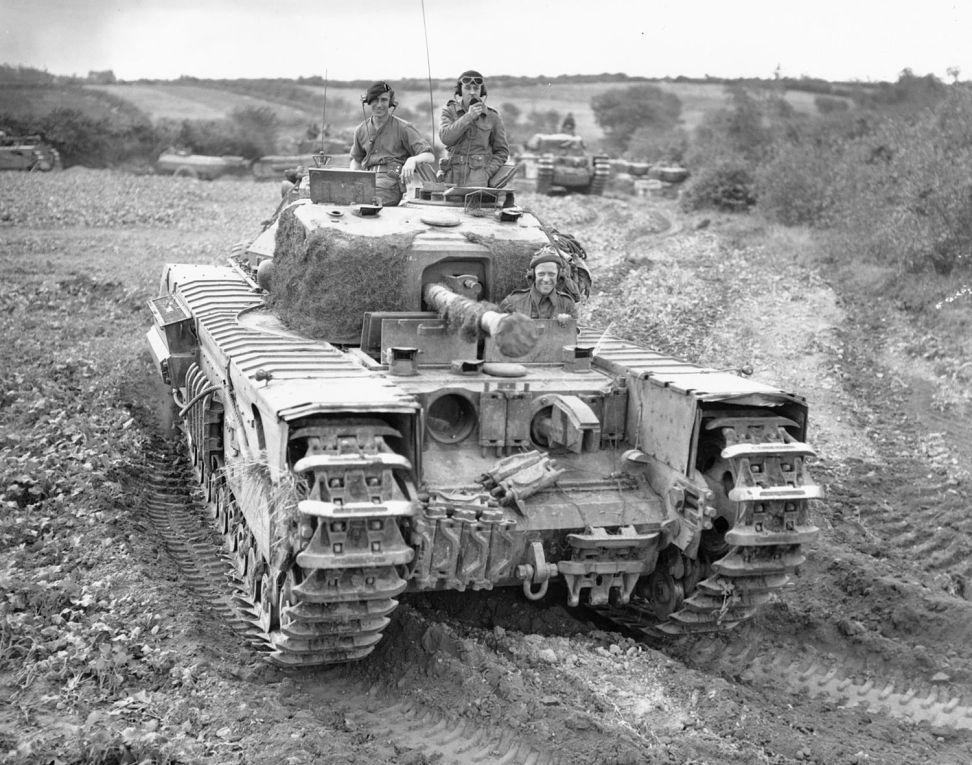 Great original colour pic of a Centaur ? (Cromwell armed with 95mm howitzer) - I think that's in Normandy1944 -- no idea of the unit.

Edit: Possibly the Royal Marines Armoured Support Group -- formed in the Second World War to give British and Commonwealth forces heavy fire support in the opening attacks of the Normandy Landings.

Each Battery consisted of four troops, with each troop equipped with four Centaur IV and one Sherman tank, giving a total of 80 Centaur and 20 Sherman tanks in the group, which fought on the British and Canadian D-Day beaches.

Quite the hole for the driver to see through.
J

PoorOldSpike said:
This is a Comet not a Cromwell: different turret, longer 17pdr gun and return rollers on the tracks.

PoorOldSpike said:
Churchill, France: this is a Crocodile, we can see the flame gun; I think that the flame fuel trailer is canted off to the right with its flexible coupling and that's why it is hardly visible.

British version (left) and American version (right) of the M-3. In good old CMAK I recall the 37mm was surprisingly lethal.

Yes and it was nice having the forward firing 75 also.
Quite discouraged enemy infantry

The only difference I see is a vision slit in the turret(?)

Gunner said:
The only difference I see is a vision slit in the turret(?)
Click to expand...

The round hatch above this Centurion driver’s head didn’t last long. It was intended to allow the 17 pounder gun barrel to be changed. It was welded shut on tanks that had it and soon removed from the design.
- From TheTankMuseum on Twitter.

Grant tank member painting the name 'Chichester IV' onto a side, 1942. 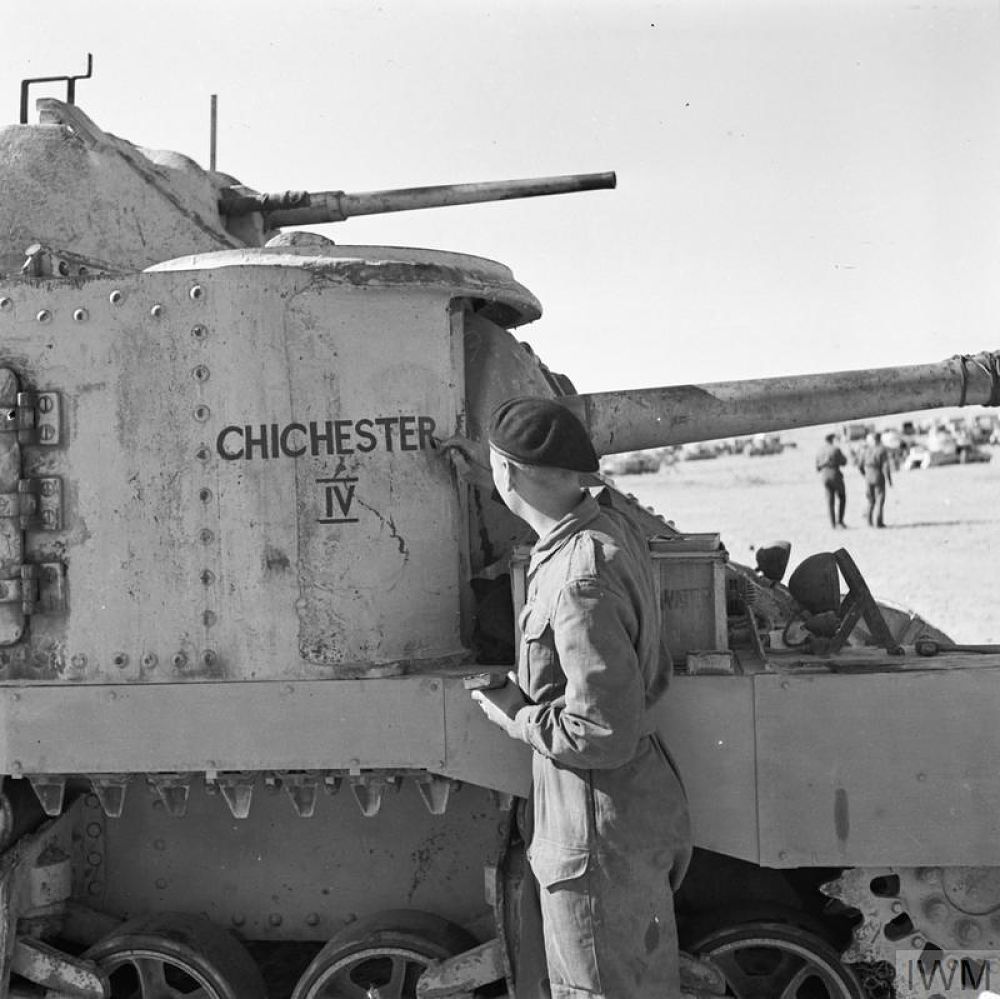 And wondering if Chichester was a real name or nickname for something I looked it up.

It's actually a pretty place on the south coast of England.

"Chichester is a cathedral city and civil parish in West Sussex, England. It is the only city in West Sussex and is its county town. It has a long history as a settlement from Roman times and was important in Anglo-Saxon times." - Wikipedia