The German army demonstrated its might before more than a million residents during the nationwide harvest festival at BÃ¼ckeburg, near Hanover, Germany, on Oct. 4, 1935. Here are scores of tanks lined up just before the demonstration began. Defying provisions of the Treaty of Versailles, Germany began rearming itself at a rapid rate shortly after Hitler came to power in 1933.

Two tanks of the SS-Leibstandarte Adolf Hitler Division cross the Bzura River during the German invasion of Poland in September of 1939. The Battle of Bzura, the largest of the entire campaign, lasted more than a week, ending with the German forces capturing most of western Poland.

A German armored tank crosses the Aisne River in France, on June 21, 1940, one day before the surrender of France.

Reconnaissance squads head the German advance into Luxembourg, on May 10, 1940. 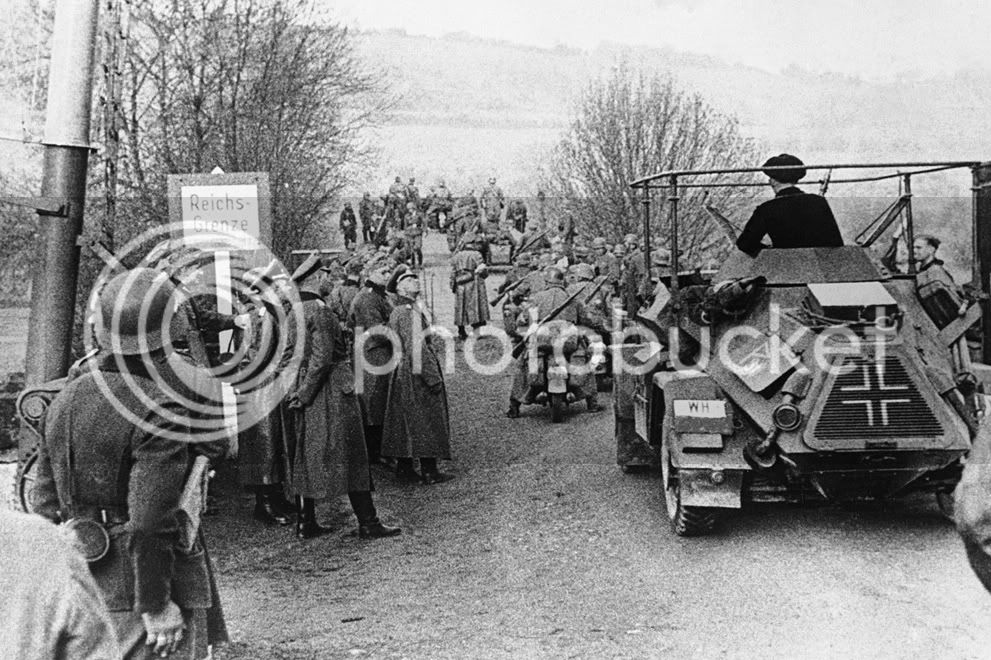 A German half-track driver inside an armored vehicle in Russia in August of 1941.

Burning houses, ruins and wrecks speak for the ferocity of the battle preceding this moment when German forces entered the stubbornly defended industrial center of Rostov on the lower Don River, in Russia, on November 22, 1941.

US soldiers inspect in the main street at Beffe, 40 Km south of Liège, Belgium, an abandoned VW type 82 "Kübelwagen", belonging to the 2. SS-PzD 'Das Reich'. January 1945.

A member crew of Sd.Kfz 253rd, add camouflage during a break in the advance.