May 5, 1945: the Soviet flag is raised over the smoking rubble that used to be Berlin.

Graf Spee post battle, only miles outside the port of Montevideo, Uruguay, Feb 1940. 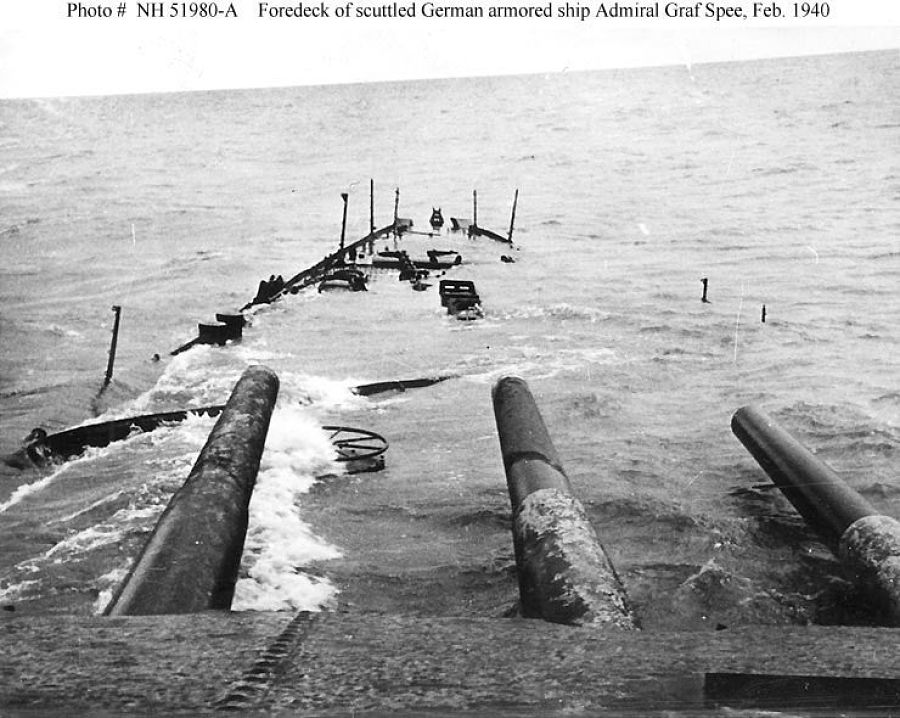 This led me to wonder what ever happened to the wreck.....

"The wreck was partially broken up in situ in 1942–1943, though parts of the ship were visible for some time after; the wreck lies at a depth of only 11 m (36 ft). The salvage rights were purchased from the German Government by the British, for £14,000, using a Montevideo engineering company as a front. The British had been surprised by the accuracy of the gunnery and expected to find a radar range finder, which they did. They used the knowledge thus acquired to try to develop countermeasures, under the leadership of Fred Hoyle at the British radar project. The Admiralty complained about the large sum paid for the salvage rights.

In February 2004, a salvage team began work raising the wreck of Admiral Graf Spee. The operation was in part being funded by the government of Uruguay, in part by the private sector as the wreck was a hazard to navigation. The first major section—a 27 metric tons (27 long tons; 30 short tons) gunnery rangefinding telemeter—was raised on 25 February. On 10 February 2006, the 2 m (6 ft 7 in), 400 kilograms (880 lb) eagle and swastika crest of Admiral Graf Spee was recovered from the stern of the ship; it was stored in a Uruguayan naval warehouse following German complaints about exhibiting "Nazi paraphernalia"."


The optical rangefinder salvaged from Admiral Graf Spee, on display in Montevideo, Uruguay, not far from where the pocket battleship was scuttled in December of 1939

A 150 mm naval gun salvaged from the German pocket battleship (cruiser) Admiral Graf Spee which participated in the naval Battle of the River Plate off of Montevideo and was scuttled in the River Plate on 17 December 1939 to avoid being sunk or captured by a superior British Royal Navy force. This gun is on display at the Museo Naval de Montevideo. 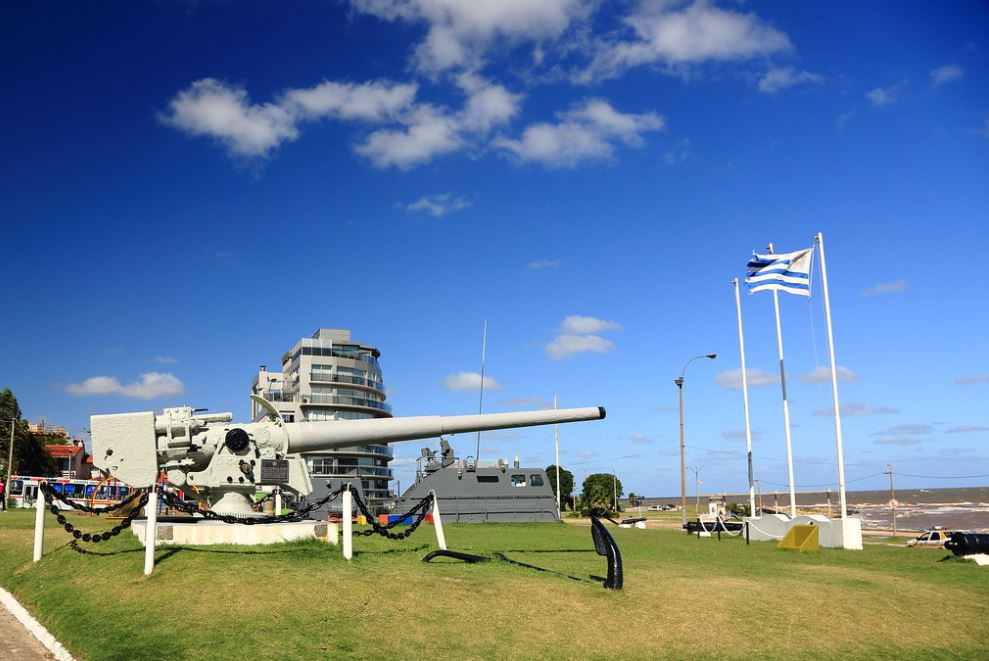 At the end of WW2, a German orphan trying to exchange his father's Iron Cross for cigarettes in Berlin, 1945. 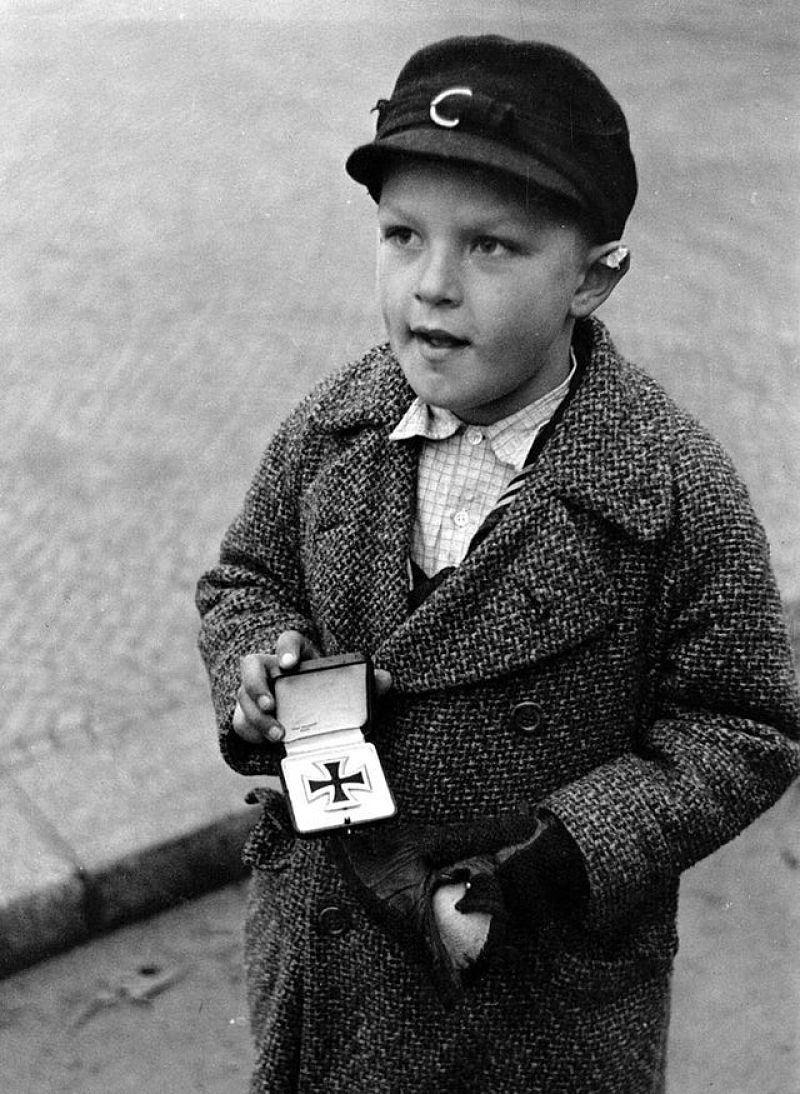 You can sell cigarettes.

Nort said:
You can sell cigarettes.
Click to expand...

You can sell food...

You can teach someone to make cigarettes.

You can teach someone to farm...

You can also lead a horse to water, but you can't make him drink...

I'll try to remember that one.

mTk said:
I'll try to remember that one.
Click to expand...

“If you wish to forget anything on the spot, make a note that this thing is to be remembered.”
― Edgar Allan Poe

Is your notepad handy?

Cigarettes were used as black market currency at the time -- money wasn't really worth sh*t.

Rico said:
Cigarettes were used as black market currency at the time -- money wasn't really worth sh*t.
Click to expand...

I'm aware, I am just giving mTk the business...LOL

About this Im read:

"...In the post war Germany, the black market was the only truly functioning economy. Everybody traded on the market, the only way for many people to survive, especially in the cities. The regular food ration set by the Allies was called the “Death Ration” by the Germans. It was too little to live on, and hit mainly old people, those who didn’t or couldn’t work. The black market supplied what the ration didn’t.

The then money Reichsmark was all but useless after Nazi Germany’s collapse. The new currency was the cigarette, preferably American ones (called “Amis”). In certain times and places, one Ami cigarette cost between 6 and 20 Reichsmarks..." 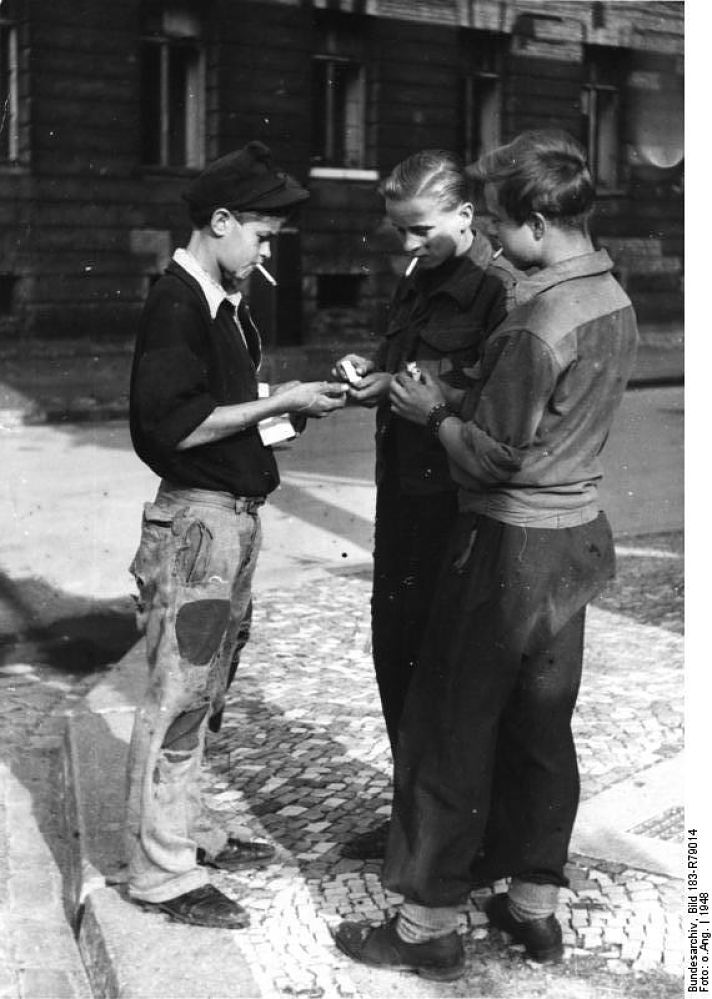 "...For example, in Frankfurt, the Americans set up a barter center where Germans could trade products legally. American soldiers and racketeers took advantage of the situation, and if they worked together, they could both make a killing. The racketeer has a starting capital of 1 Leica camera. He trades it with a soldier for 5,000 cigarettes. The soldier exports it to the States, and someone sells it for him for $600. That money, back in Germany, can buy 134,000 cigarettes or 27 Leicas..." 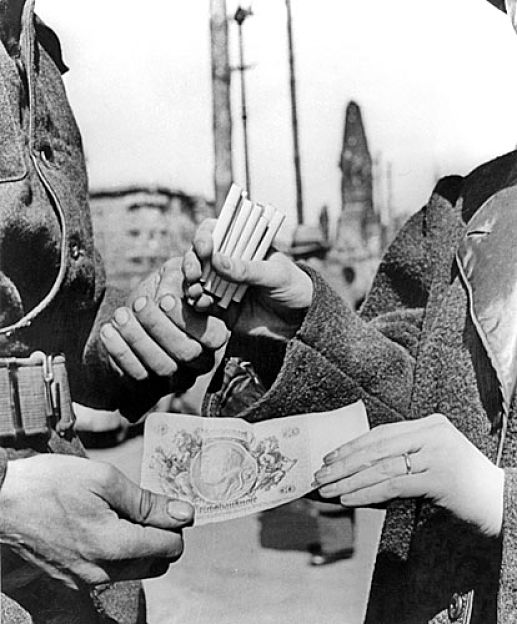 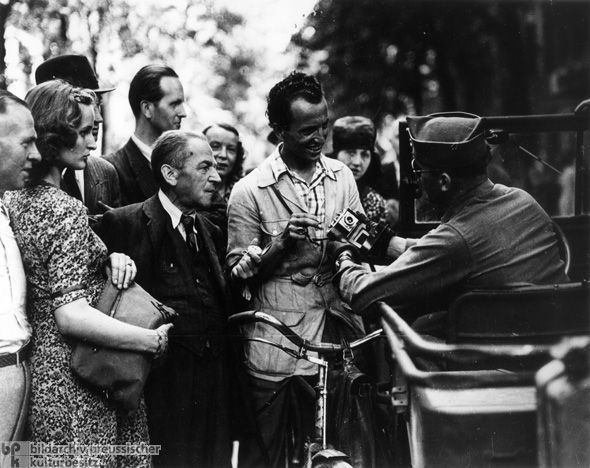 Lt. Cmdr. Matt T. Sherman: Any idea where they went?

Lt. Watson: No, sir. When the air raid started they took off. All Mr. Holden said was "In confusion there is profit."

- From the movie "Operation Petticoat".

H. Goering, standing in foreground in the dock, makes his final plea during the latter stages of the Nuremberg War Crimes Trial in the Justice Palace on Oct. 1, 1946. Each defendant's name and sentences imposed by the International Tribunal is listed on this photograph. Rudolf Hess, who received a life sentence, is hidden behind Goering. 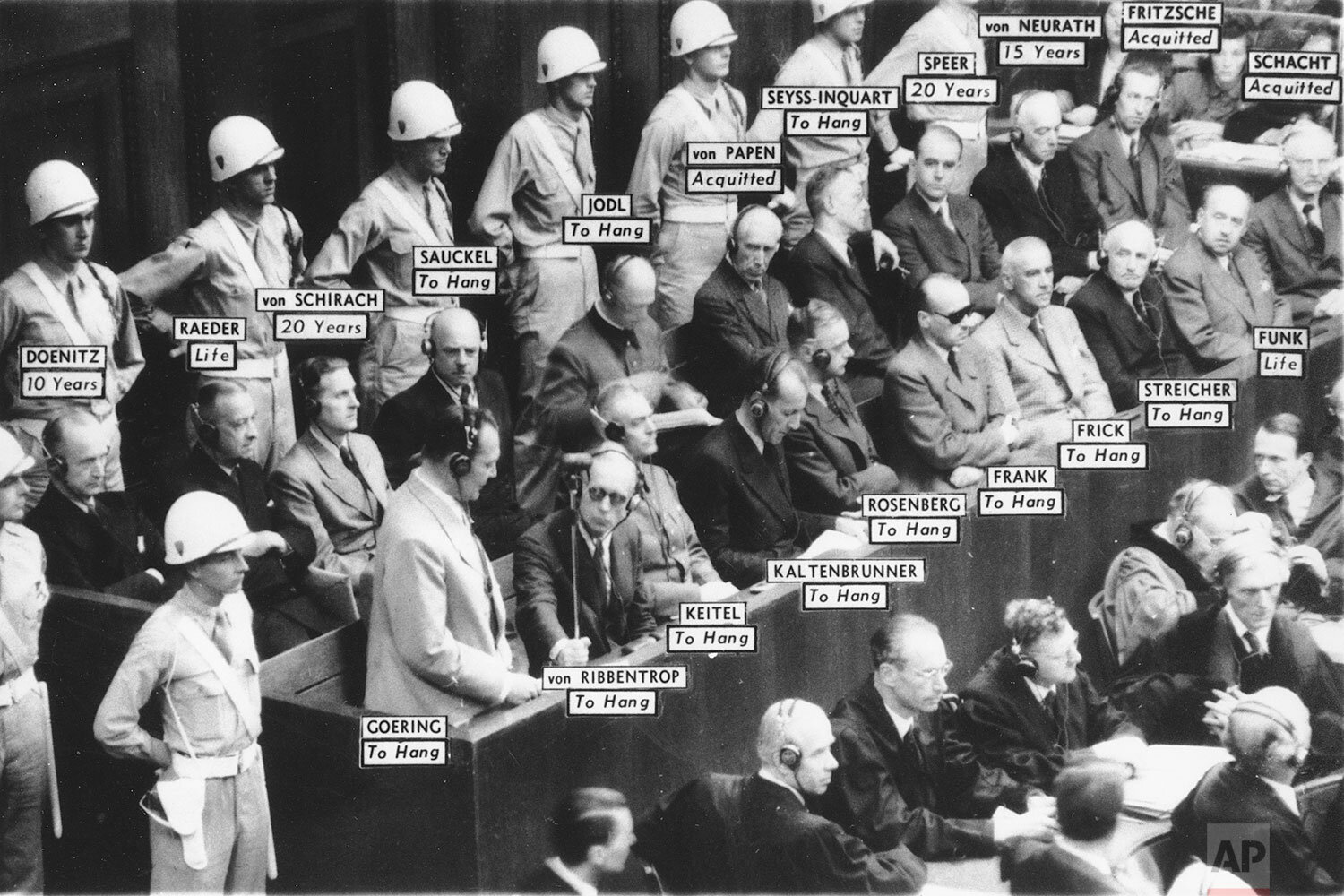 In Libeň-Bridge, Prague, hundred and hundred requisitioned bells before getting shipped to Germany for melted for war purpose. July 1942. 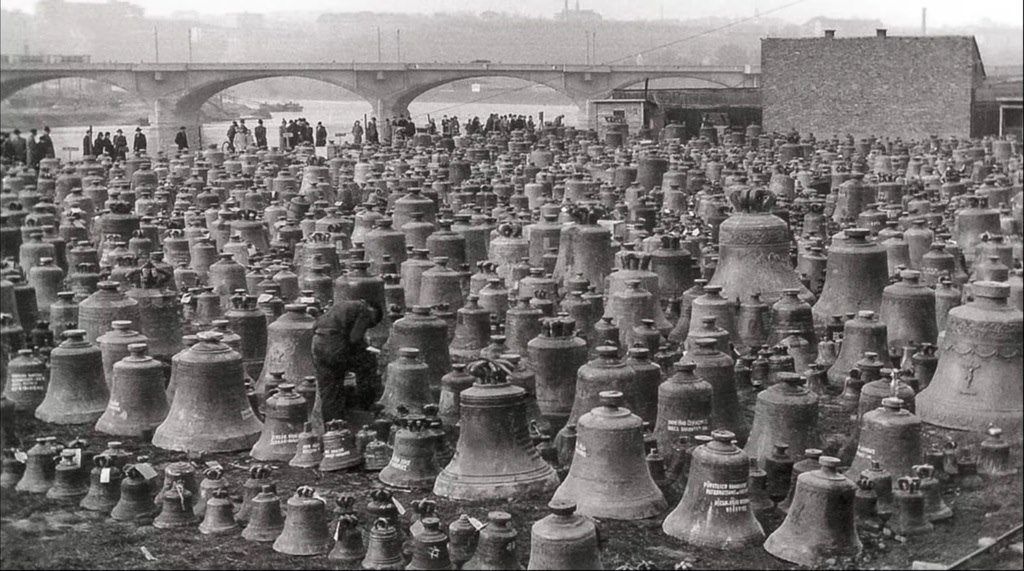 Eastern Front, on the road Chudovo-Leningrad 1942 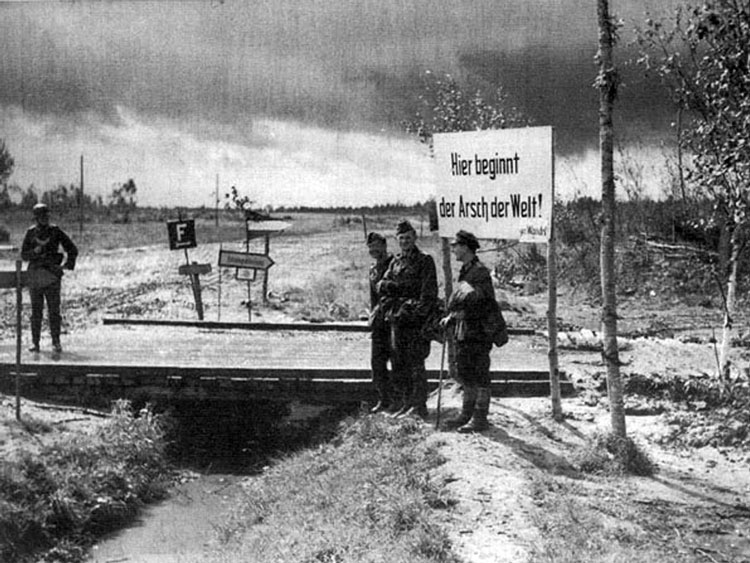