The Bad Boys: Take No Prisoners

Hmm.
It's amazing what a little research can do. Cruised You Tube for about an hour.
Got some invaluable help for managing the facilities in the Avenger, along with some sorely needed info about how engineers work.
As a result I am only on my 4th mission, but have accomplished soo much more than my previous game (the bar of which was set on the floor).
To start, I already have 2 engineers and a scientist on the way! That may have been attributable more to luck than knowledge, but I did have a plan.
Then, as recommended, my first build was the Guerrilla Warfare module. What I also learned is that with GW I can upgrade my away team by one soldier by merely getting someone promoted to Sgt
...which I have ALREADY done. And, I can get the next one by getting someone to Captain. That info was always in the small print , but it escaped me first go 'round. I'd eventually gotten the roster upgrade, but didn't know why and I constructed the GW module way past it's due date.
Also, I'm not guessing what to build next. I know what I want and in what order.
Now, I am going to make every effort to keep the progress of the Chosen's capabilities to a minimum. Clearly I cannot allow the chosen to improve themselves to the magnitude they accomplished last time.
Also, I'd been making a fairly large tactical error in combat. My thinking was to keep the soldiers fairly close to each other with supporting fields of fire so I could drop focus fire on the aliens when the chance arose. Yeah, about that. Nope. While the idea is sound, application was not. It has been allowing to much damage from alien AOE weapons. A single rocket grenade shouldn't be permitted to injure three of my soldiers at a time. That habit will be hard to break. More often than not the terrain doesn't allow for spreading out all that much. Work to do.
There will be no prisoners taken.
Except for enhanced interrogation of course.
Last edited: May 31, 2020

Better, but concerned.
While things definitely started out waay better; the Advent progress is once again causing me worries.
Research and Facility production stagnated because of all the things the strategic map was forcing me to address.
And the more I did that, the more my research/production was staggering to keep up.
Along the way my best Reaper sharpshooter was captured and I've had no indication there is any intel for a rescue.
Recently I have had better facility builds which will allow for expansion and hopefully tracking down Advent locations to attack . Hopefully.
One small bit of good news is I finally got a soldier (me!) promoted to Captain so now I managed to up my away team strength to six.
Here's a pic of us after a recent successful mission to secure an Advent data package. I didn't fall down. Was just trying to look tough. I did need a hand getting up.
Now if I could just research some useful armor...
----- 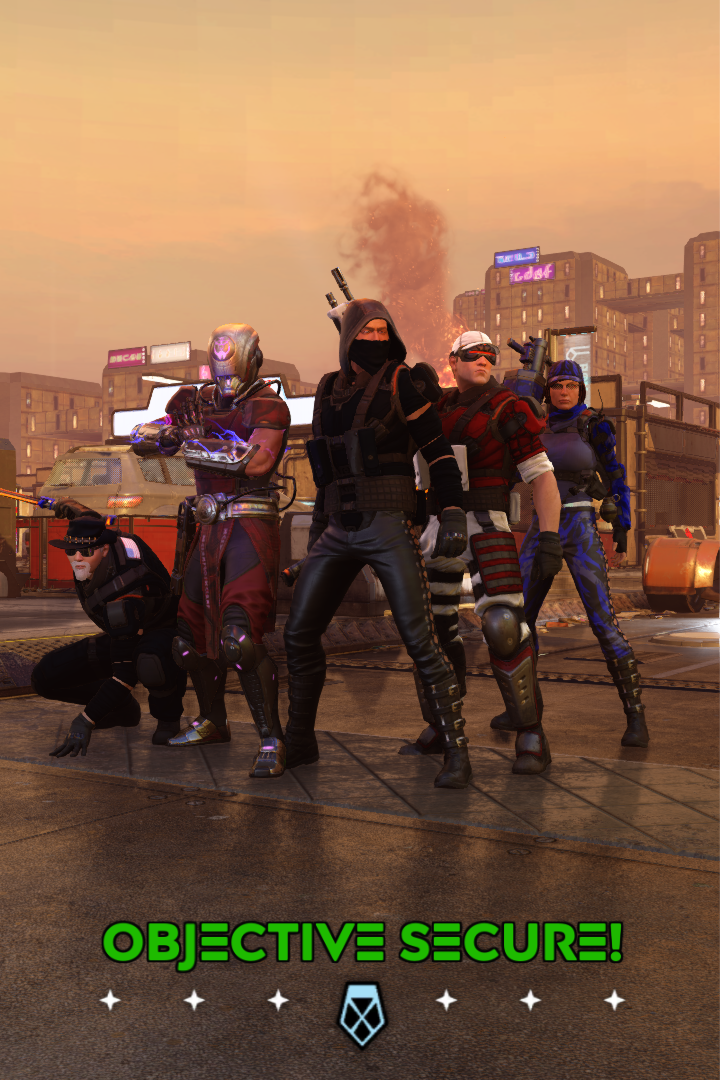 OK, I think I am a bit confused.
"Oh, really mTk? That just never happens." "Hush, I'm trying to make a point!"
I've avoided trying to take down major Advent establishments, mostly because I can't. Instead I am launching raids and doing smaller missions to curtail the Advent expansion. That seems to be working well, but they still continues to improve in other areas that are stacking and can/will cause me some grief in the future. The only way to deal with alien forces improving is to improve my own and I think I am falling behind in that race. Again, production and research appear to be lagging. Even though it looks like I am doing about the best I can. I'm going to assume that as long as the alien progress bar remains low that things may not be as dire as other indicators suggest.
In the recent mission I ran into the Viper King, again. Last time he had approx 44 HP and I inflicted 9 damage before he created a portal and teleported away. This time when he shows up his HP is only 33. So, he did not repair. Hmm? Unfortunately, he escaped again before I could finish him off. These "Rulers" get a turn every time one of my soldiers takes a single action! Consider that for a second. Given their HP, armor and offensive abilities they are extremely tough to deal with. When he shows up again his HP should be around 8-9 unless he recovers. I sure hope not.
I read up a bit and have some idea how to deal with him next time if he's back to full health. The best recommendation I read was "Don't!" At least not until I've made substantial upgrades to pretty much everything. In my "vanilla" game I recall getting the same recommendation. Good then, good now.
Anyway, I had him stop to pose for a picture before he left last time. Awesome, huh?
----- 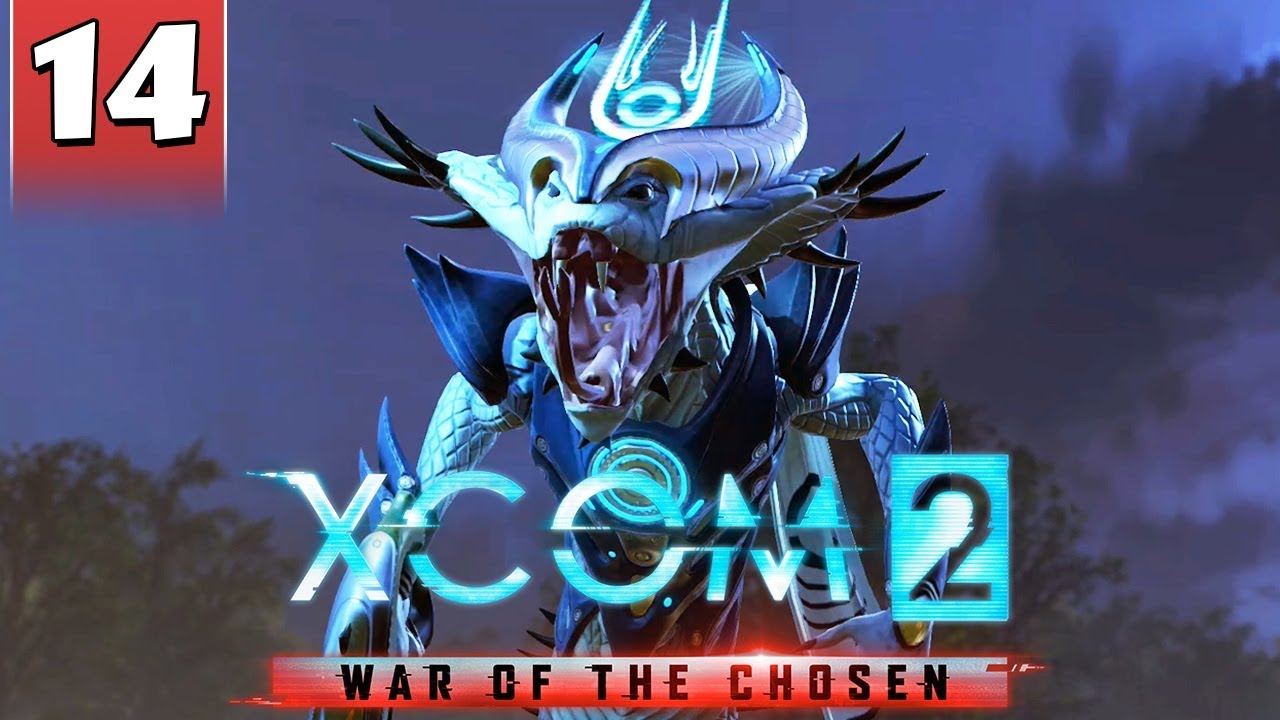 "Take that, Snake breath!" LOL
The King Viper did show up again and was down to 14 HP. This time he didn't get away. And...he left some really good, cool (odd) armor that my character is now wearing. I'll try to take a pic.
I think his failure to regenerate damage is due to a mod I installed. Realizing how crap I am I thought it might help.
Can't say the same for The Chosen. They keep warping in/out of battle reeking havoc. When I am able to kill one they don't die, just warp out of the battle and say "See ya' porkpie!" Really going to have to figure out how to stop them from doing that.
Pretty sure I'm heading downhill in this game. Research and production is picking up speed and it just feels the end might be in sight. Very much like my vanilla run through.
Managed to move far enough strategically to be able to reach/attack a major alien facility. Was not an easy fight, but not as heavily defended as I expected. Works for me.
My only major problem atm is armor. Somehow I MUST get my armor improved. As is, I'm taking too much damage when hit which means unnecessary time in the hospital for my troopers. And when the final battles come I'll really need it. Bouncing 2-3 HP off your armor can keep you upright.

OK, you asked for it so here I am!
Yeah, a bit over the top, if not outright embarrassing.
Have to wear it because it is waay better then any other armor.
It has +5HP! Also, +1 armor, +1 move, and several other skills attached.
Eeevery body laughs...until I show up on the battlefield.
----- 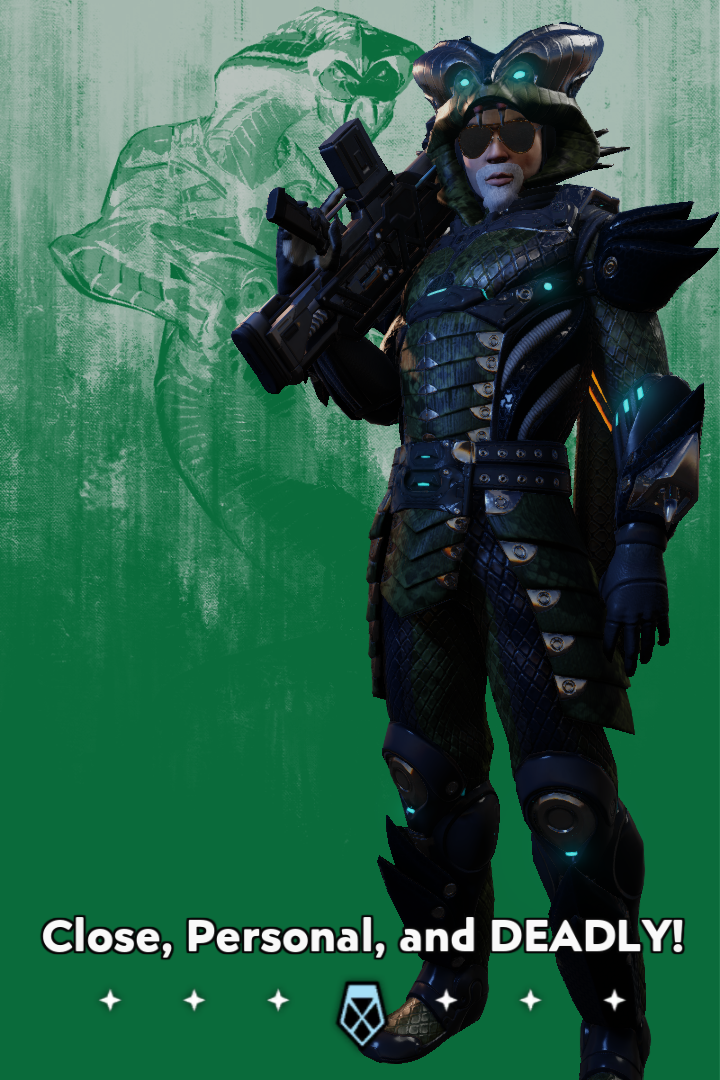 Hope it comes with inbuilt TOWS or something?? ;D

The "King units don't regenerate" At least as far as I have experienced.

Was a little premature in claiming to have taken down that alien facility. I had, I thought, taken out all the defenders and all that was left was to plant the C4 and evac.
As I started to move into the building to plant the charge I noticed, outside the building opposite me one more alien. It was an Archon King. Uh, he had 90HP and 4 armor.
90HP!
If it acted like the Viper King, it would stick around to trash me for a while and then zip away. I decided I really didn't want to take him on because I'd already sustained 2 serious casualties and couldn't afford more hospital time. So, decided stealth might work because he'd been inactive all this time. I sent 5/6 of my team to evac and held one back to plant the C4. On these kind of missions (when there isn't a King still left) no more Advent will show up until you plant the charge. When that happens a red flare drops to warn enemy reinforcements will land there next turn. That gives you half a movement phase after planting the charge and a full movement range the next turn to boogie your butt out of there. The turn the reinforcements land they only disburse from the craft and take no offensive actions.
The plan worked as usual, including the King failing to activate. Whew. 90HP!?
I'm thinking I may not be quite as close to the end as anticipated. I need more time for everything.

HA! HA! Suck on that Chosen Assassin!!
Have been under a lot of pressure to stop the progress of the Advent plans.
My problem has been geographical. All their facilities are conveniently in areas that I have not expanded into yet. Until I get there there is little I can do but swear and watch the red warnings flash.
By a lucky <click> and a little ground work I was able to locate the home base of the Chosen Assassin! Loaded up the best & healthiest squad I could muster and headed off.
Had to fight through 10 nasty facility defenders before actually getting a face-to-face with the Assassin and his minions. Was dealing with multiple fire fights while having to direct fire on a 40HP rejuvenation doo-hickie. It was...interesting.
Very satisfying when that scumbag breathed his last and we could go home.
Did pick up a couple of his weapons that I am hopeful will do a lot of damage in the right hands.

Well, of course when things are going good they will then head straight for the trash can.
The Avenger got shot down again and the subsequent mission to free it was just brutal.
I'd played one like it much earlier w/o any problem, but this far into the game the Advent resistance forces were much deadlier.
End result was 5 casualties (I thought I had a KIA but got lucky) all requiring extended time in the hospital.
Then, I had to immediately go attack an alien facility because the Avatar progress bar was just one box to the end. More casualties, more hospital time.
It took 9 days to get enough people back to resume normal operations and bad stuff happened all the time I was healing.
The game just will not allow me to upgrade my facilities and I have no idea why not. This is going to take some research. I gotta know.

I researched facility upgrades.
Found absolutely nothing to resolve my issue.
Crap.

I don't upgrade research facilities. I just focus on guns and armor, psionics next then the special project lab to get the skull jack and special weapons (talon rounds and AP rounds)

My engineers gotta do something.
Plus, I need the benefits upgrades would provide.

Don't know why, but upgrades started working. I didn't think I was short of required stuff, but that may have been it.
Anyway, heading towards the end game now. That is a bit of an issue because just when you get all this neat armor & weapons the game ends.
Found the lair of the Chosen Hunter and he is no more. What an obnoxious prick. Very satisfying to put his butt down!
Here he is in better days...
------ 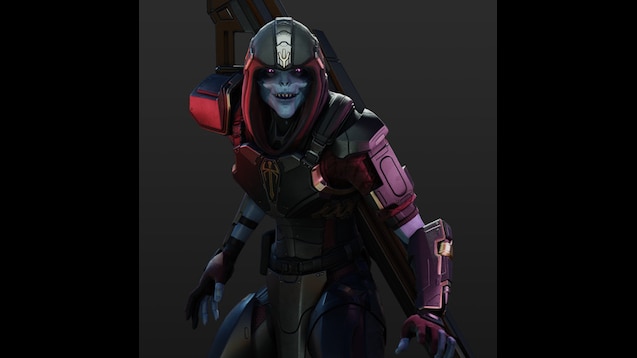