The Panther defending the airfield is finally dispatched. Infantrymen happily mow down the fleeing crew. The tank is surrounded by the Allied dead that it inflicted, recreating the last stand of Fury and her crew.

Wow! Gripping battle guys!
@Paleolithic Monk did your infantry take out the cat? What a scene.

Concord said:
Wow! Gripping battle guys!
@Paleolithic Monk did your infantry take out the cat? What a scene.
Click to expand...

No, my 1 remaining tank, a M-10 blasted it several times, chipping away at critical components. A final hit on the side of the turret finally killed it. Otherwise, my infantry chucked hand grenades at it to piss off the crew, but really didn't do any damage.
I'm sure Rico would have ground my troops under the treads if that was a possibility, lol.

The turreted tank destroyers are quirky vehicles. So lightly armored, but they can often do the heavy lifting in a battle.

The scene you posted reminded me of a sobering real black and white photograph I saw of a knocked-out Elefant or Ferdinand surrounded by dead Soviet soldiers.
Those vehicles had no machine guns if I recall correctly...something @Rico can probably relate to.
In the movie Fury, in the first battle, the newly recruited green bow machine gunner doesn't fire a shot from memory...

CORVINO AIRFIELD ... with the Panther dead and only about a dozen grenadiers left standing, a possible last act of defiance from the remnants that sterling PAK crew --- a hit on a loaded halftrack circling around to the far side of the airfield.
The halftrack driver was not having a good day -- note the 75mm AP round entering through the his door at head height... and impacting the ground in the distance.

It is never a good day when a 75mm AP enters through your door, at any height

About those foxholes - I was less ambitious than @Bulletpoint requested, comparing only the M1 Garand at 40-240 meters firing at the standard 4-man target with and without foxholes. The verdict: foxholes help by 50-85% depending on the distance. The distance effect may have to do with how much of the time the targets are taking cover, which could explain why foxholes are more effective at short ranges.

The Garands shoot slightly faster when the target is not in a foxhole, but mainly they hit much more often. At 40 m, it takes 42 rounds on average to take out a man in a foxhole; on a pavement (maximum exposure), only 7 rounds.

Battle for VEROLI ... looks like this Sherman took a (un)lucky topside hit from a 75mm howitzer shell and got knocked out.

With all the dust and smoke, couldn't see it on the replay... only noticed later when the tank started smoking... so while the delayed barrage seems to be missing most of the enemy infantry, at least it hit something.

On a side note: thought about adjusting the artillery mission, but the HQ I was using as spotter had it's ranking officer taken out by a freak stray ricochet round ... and the remaining radioman obviously doesn't have sufficient authority to cancel or adjust the mission... war is a messy and confusing affair.

More bad news for the Allied attack on Veroli. The Marders popped out from their hiding spots and took out my Sherman as it was trying to blast another pesky MG nest. The German defenses are lousy with them! I guess @Rico really wants to keep his vital bridge for supply trains.

Won't muddy up this thread, but thanks to @Drifter Man for testing out the foxholes. Surprising results.

VEROLI -- was amazed the Marders could spot that Sherman with all that dust and smoke... 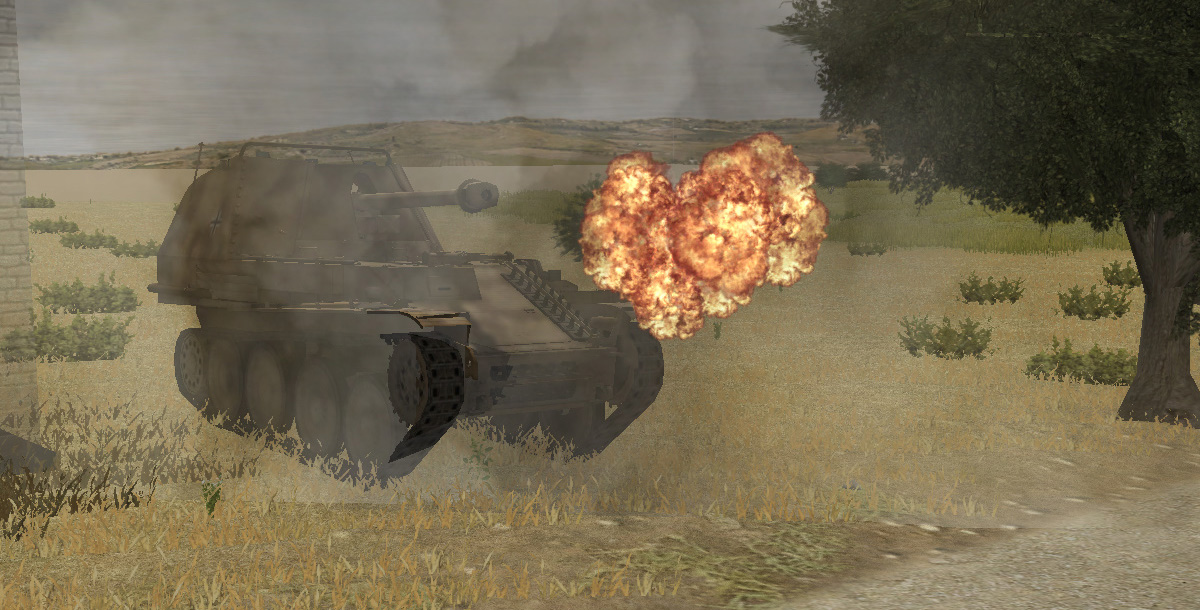 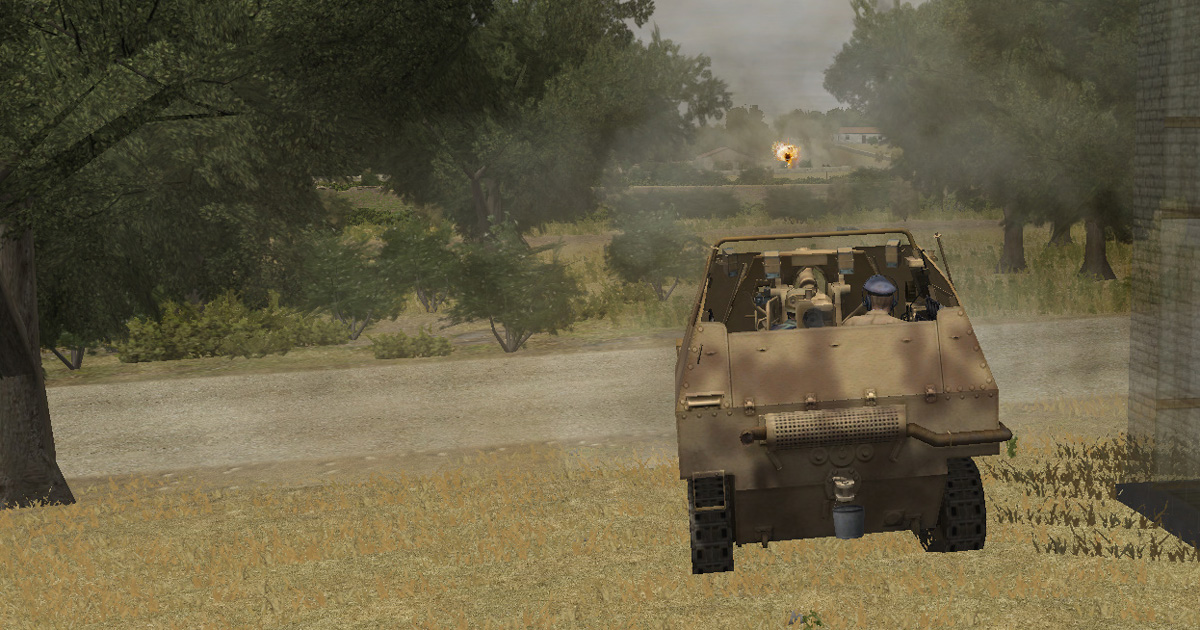 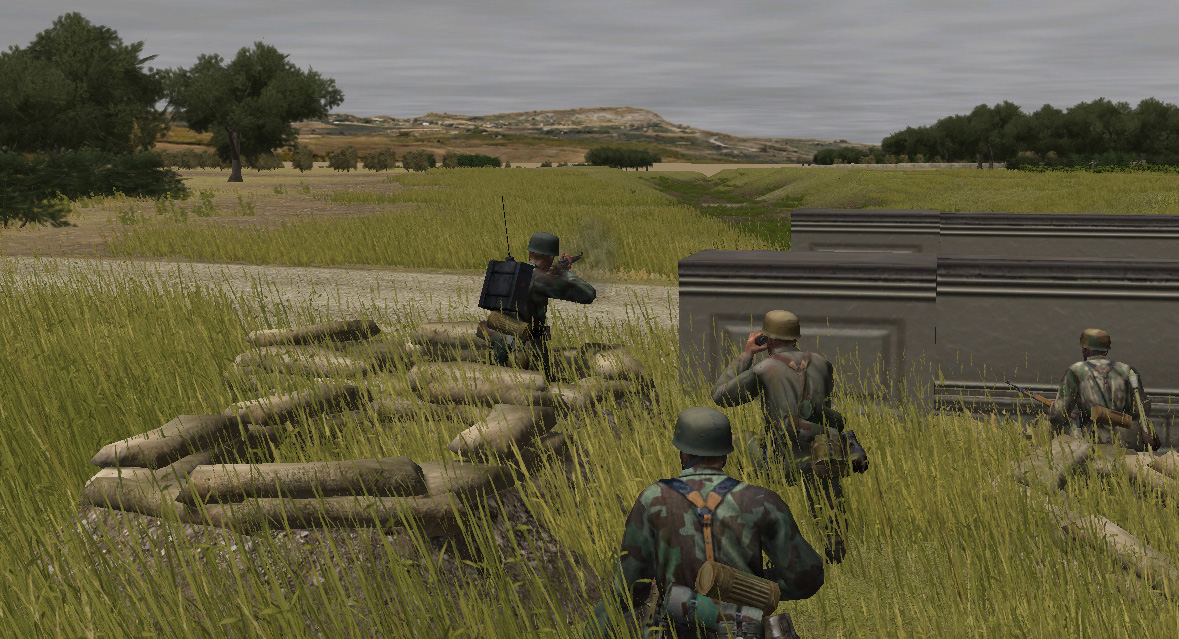 HQ unit dug in at the ancient bridge at Veroli ... Funker Bertelsmann taking potshots at enemy riflemen in the distance. "Can we hold back the Amis?"

The battle of CORVINO AIRFIELD is winding down ... 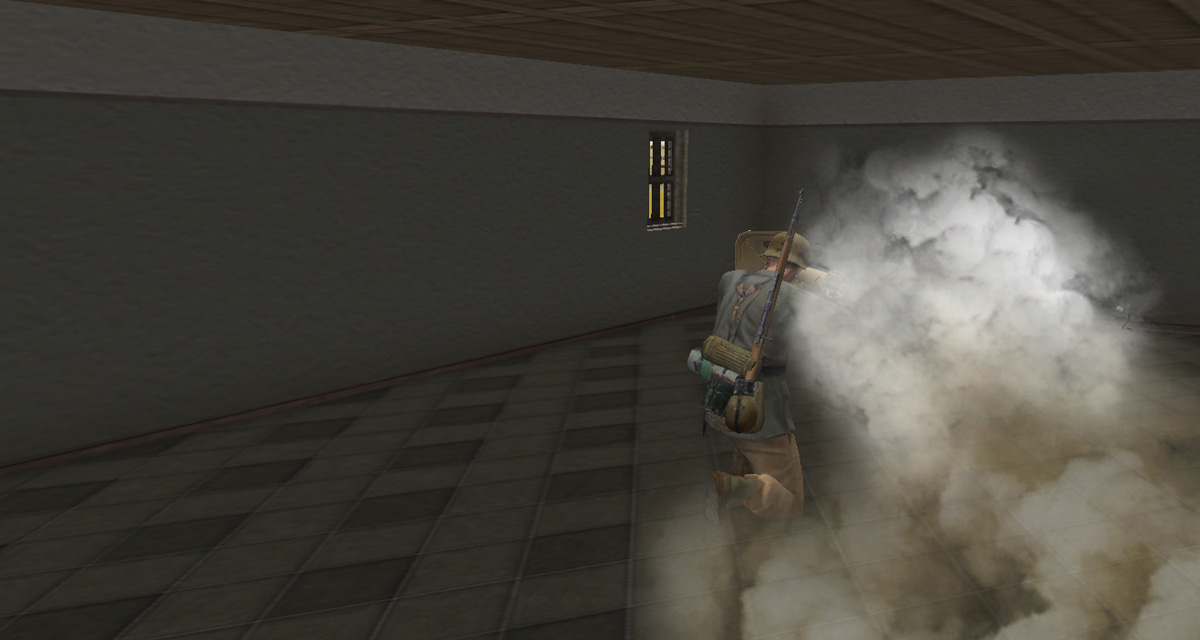 From inside one of the airfield administration buildings, a last remaining landser fires his Panzerschreck through a window... 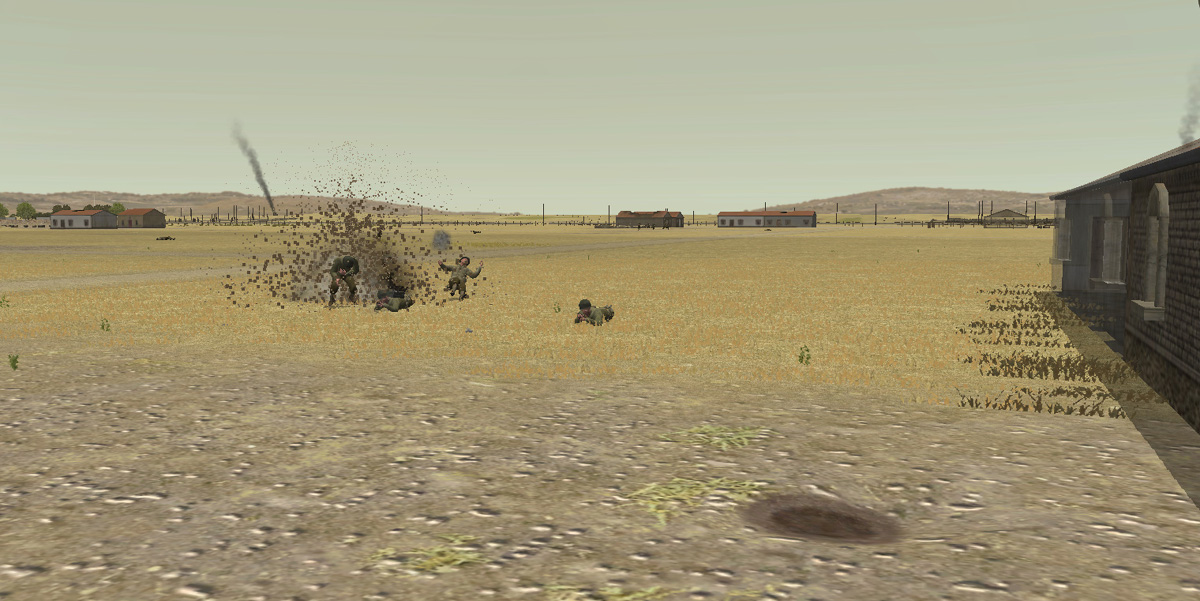 ...taking down an advancing enemy HQ unit. Then gets cut down himself by enemy fire.

The remaining PAK gun crew look on helplessly as they can no longer help their comrades in their doomed last stand...

The Battle for CORVINO AIRFIELD ends with an Axis surrender ... a fun and interesting battle.

Last survivors of the German defence ... this PAK crew carried much of the effort with some luck surviving mortar stonks and some epic shooting.

The AXIS line now visibly buckling after losing CORVINO AIRFIELD ... one more battle this turn at FAUGLIA PASS still needs to be started up -- possibly this evening, RL allowing.

This 2 Pixeltruppen team walked around the entire perimeter of the map to reach that PaK. I'd like to think they would have got revenge for the massive damage that gun did.

That battle was a challenge due to the wide open space of the airfield. More smoke would have served me better than wasting close to 50 mortar rounds on this single target. Good match though.

With the loss of armor support and German defenses holding strong, the surviving members of 1 BTN, 24 RCT have been ordered to conduct a tactical withdraw from Veroli.

Battle for VEROLI is over ... the Fallschirmjagers of Battalion Faust managed to hold firm and repulse the American attackers, who pull back to SAN LAZZARO to regroup.