Houses I am an awful editor, the houses in the Netherlands were single-story and the attic was made usually into a spare bedroom. here are the houses in the FB editor. The photo the street where my parents were in 1944-45. North of the country but I would be happy if I could make that model. Units at the time of surrender. 25th Army Wehrmacht 25 the Panzer Grenadier Division Link to the US non-airborne forces in the Netherlands http://7tharmddiv.org/us-troops-in-holland.htm 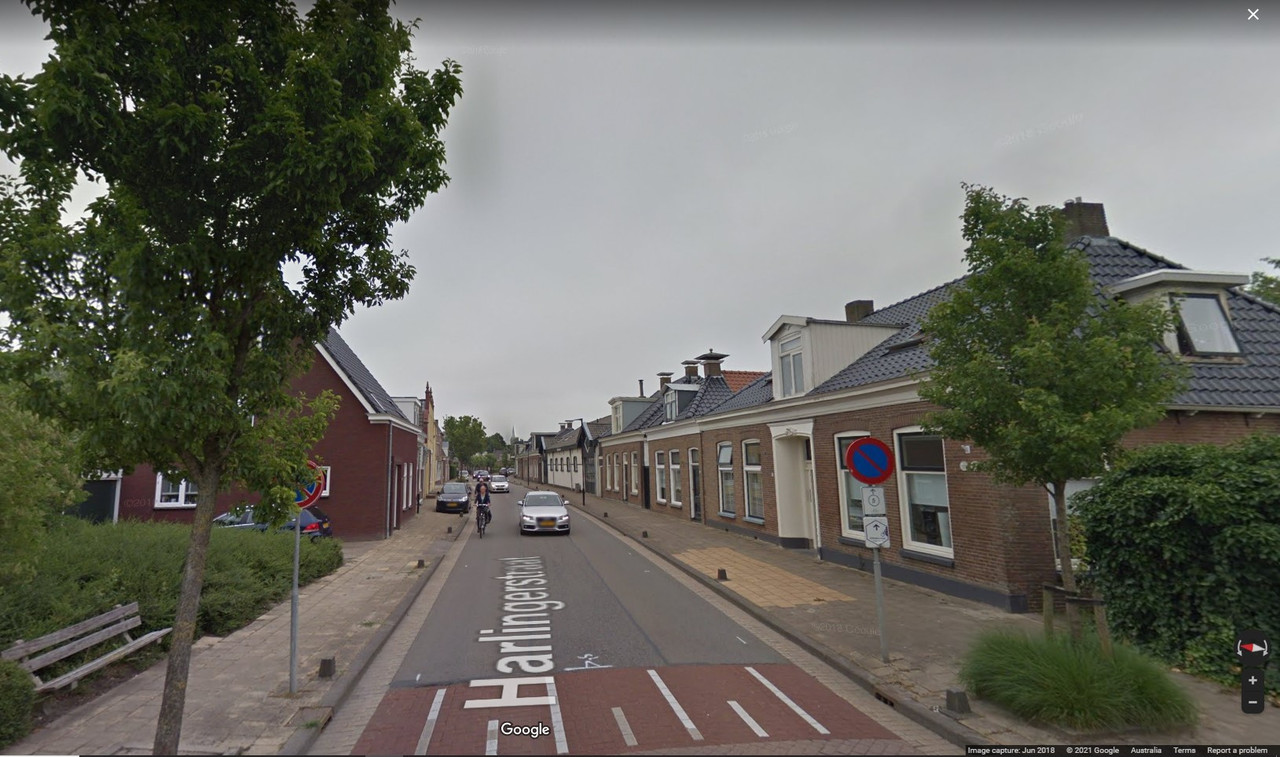 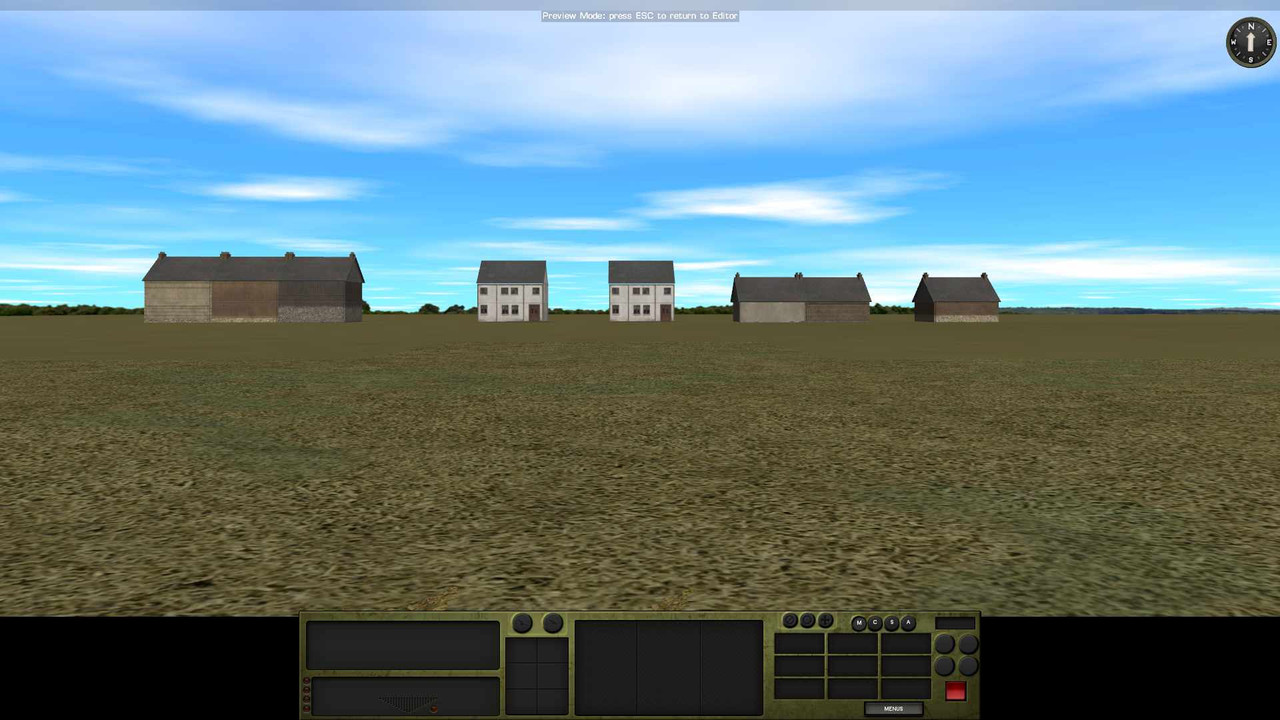 Concord said:
That sounds like a very dynamic campaign indeed. I think it would be quite a challenge to design!

P.S. My campaign designs so far have been very combat oriented.
The historical setting has been slapped on like a bumper sticker.
The setting helps determine the kind of terrain and the kind of forces available, but that's about it.

One day I might tackle an historical campaign, but it would take tons of research.
I'm finding it hard enough as is, tracking down general info about actions (you'd think you could find more history buffs on a website like FGM, but most are silent).
For example, I could not find a single mention of what German units were defending in the Netherlands in '44.
Not that it matters to me, because I've decided to once again to make it semi historical (um...maybe based loosely on semi historical)
Click to expand...

Concord said:
@ChuckDyke if you come across any links about US operations in the Netherlands, let me know.
Click to expand...

http://7tharmddiv.org/us-troops-in-holland.htm 25thWehrmacht and 25th Panzer grenadier division and a Dutch SS of 7000 men were in the area of the time of surrender. US 2nd Armored division 30th Infantry division liberated Southern Limburg (Panhandle) It depends how detailed you want to make this.

DoubleD said:
I wouldn't consider Market Garden 'done', sadly the Hell's Highway campaign didn't get very far. What may be possible is to pick elements of the operation, there are also some existing master maps of the bridges which would make it much easier. The operation/campaign could then skip from each area of operation rather then try and cover the entire. It would also cover a mix of allied forces.
Click to expand...

The Nijmegen Campaign was a little disappointing at the end. I played the scenario instead.

ChuckDyke said:
http://7tharmddiv.org/us-troops-in-holland.htm 25thWehrmacht and 25th Panzer grenadier division and a Dutch SS of 7000 men were in the area of the time of surrender. US 2nd Armored division 30th Infantry division liberated Southern Limburg (Panhandle) It depends how detailed you want to make this.
Click to expand...

Looks like Waffen SS can be purchased in CMFB too.

Do you know if either the 30th Old Hickory or the 104th Timberwolves fought them in the Netherlands?

P.S. The SS Grenadiers have some semi-auto G43's and an MG42 in the squads. They'd be a match for the US Garands and BARS.
P.P.S. While in Brigade Battles I have insisted on Regular experience, I think all these guys would be classified as veterans.

Concord said:
Looks like Waffen SS can be purchased in CMFB too.

Do you know if either the 30th Old Hickory or the 104th Timberwolves fought them in the Netherlands?

P.S. The SS Grenadiers have some semi-auto G43's and an MG42 in the squads. They'd be a match for the US Garands and BARS.
P.P.S. While in Brigade Battles I have insisted on Regular experience, I think all these guys would be classified as veterans.
Click to expand...

Tactically the German riflemen protected the MG42 sometimes you find 2 MG42's in a squad you purchase in FB. Old Hickory The Division drove east through Belgium, crossing the Meuse River at Vise and Liege, 10 September. Elements entered Holland on the 12th, and Maastricht fell the next day. https://www.armydivs.com/30th-infantry-division The Timberwolves had a convoy through the area destination Aachen.

I suppose I don't need 'proof' that the 30th or the 104th faced the Dutch Waffen SS to include them in the story.
It's likely they would have come into contact at some stage while in the Netherlands.

@Concord Monschau and Rur River Mastermap Editor FB is typical of the area. Just to make a suggestion. The Rur is called the Roer in Limburg.

count me in for this western front campaign too please. Western Europe or Sicily/Italy would be great either way.

Can I get in line for this Campaign?

Sure. The map and rules development will likely take a few months, but the process has already begun.

Concord said:
Sure. The map and rules development will likely take a few months, but the process has already begun.
Click to expand...

I posted this one today, Like to know your opinion. https://www.map.army/

Wow, did you make this @ChuckDyke?
Looks impressive. Could be used for a campaign!

Concord said:
Wow, did you make this @ChuckDyke?
Looks impressive. Could be used for a campaign!
Click to expand...

No somebody had it at the Battlefront Community. I gave the credits in the original post. I played with it and it looks fine.

Recently came across this link:


Which shows how to use map.army with a custom image overlay.
S

Concord said:
I am considering starting up a Western Front campaign for FGM sometime this year. Are there FGM players who would get into it?

Currently I am running an Eastern Front campaign and I'm developing a modern one as well (probably ready for launch around June this year).
These are priorities and I won't abandon them, but I feel capable of getting another one rolling, if there is interest.

Checking the Battlefront website, I only just realised there are extra expansions available for both CMBN and CMFI that I don't have, such as CMBN Commonwealth and CMFI Rome.
I am prepared to invest in these modules. However, the easiest solution may be CMFB.

Here is an overview of each game. Which one to use?
The biggest challenge of creating and running a campaign is the availability of decent battle maps that are approximately 1km x 1km (or larger - can be cut down).
Are there any FGM players who can tell us which Combat Mission game has the most maps available this size, both stock and player-made included?


Combat Mission Battle for Normandy
The base game covers the three month period following the Allied D-Day landings, from Operation Overlord in June through the Cobra Breakout in August. American and German Heer.
Commonwealth Forces
British, Canadian, Polish Allied, Waffen SS and Luftwaffe Field Division.
Market Garden
Allied forces include the full range of American, British, and Polish Airborne forces, plus British ground forces that lead the relief effort.
On the German side are ad-hoc units quickly thrown together from Heer, Waffen SS, Luftwaffe base personnel, and Naval staff units.


Combat Mission Fortress Italy
Starts with the Sicilian campaign from July through August 1943.
American, Italian, and German forces. Italian Bersaglieri, American Rangers, and the German Herman Göring Division.
Gustav Line
The Italian mainland, revolving around Salerno, Anzio, and Monte Cassino, and culminating in the capture of Rome on June 4, 1944.
All German and American forces are updated to reflect formational and equipment changes since the Sicilian campaign.
Brand new formations and equipment cover the elite Fallschirmjäger and the combat formations of the United Kingdom, Canada, Poland, and New Zealand.
Rome to Victory
Continue to fight your way through Italy from June 1944 in Rome to the Italian Alps
New TO&E that includes Indian, Brazilian, South African and Free French forces. Also added are Waffen SS and Luftwaffe Herman Goering units and new vehicles and combat formations for existing nationalities.

I'm in. If you want me. Just message me.

Enjoyed my battle in your East Front campaign, so please put me on the list for this.

I like the design of this location. The editor can produce many different results, but sometimes I just look at a map and think "yes, that looks interesting" without really being able to pin down exactly why.

Agreed, it has a 'realistic' look about it.
S

Concord said:
It has begun...