The Cold War has finally gone hot. Hoping to catch NATO forces off-guard, in particular the Americans, the Soviets launch their attack into West Germany just after midnight on 4 July. As part of the Soviet strategy, air assault forces allocated to each ‘Front’ are airlifted by helicopter deep into NATO’s rear. Their mission is to capture and hold, for as long as possible, many of the small but critical Army airfield and ASP (Ammo Storage Point) areas to deny NATO their use. Baumholder Army Airfield is one of the places. Your primary objective is the retaking and holding of Baumholder Army Airfield which was captured by Soviet air assault forces just after midnight.
CONDITIONS: 40 minutes, Clear, 22°C, Small, Blue Attack, Forest 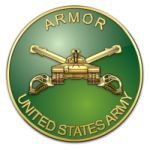