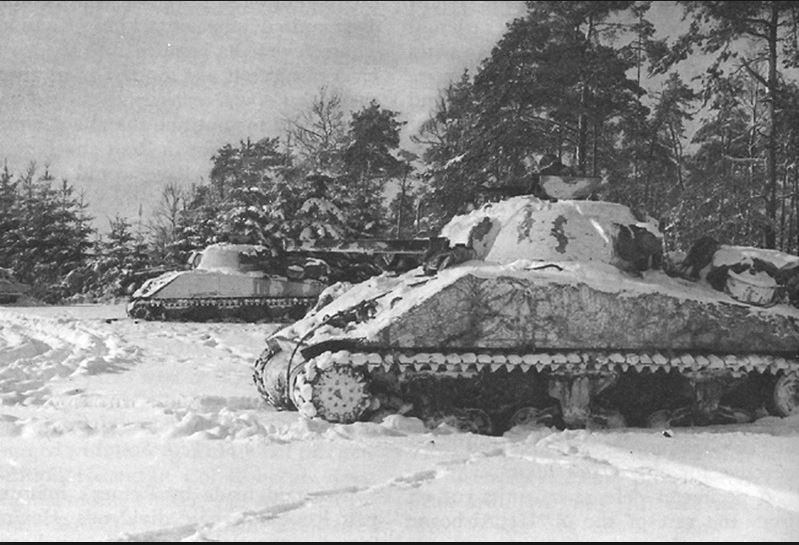 This is a fictional “what if” H2H scenario. It takes place a couple days before the German offensive. The villages depicted, Hollerath and Ramscheid, are one of the areas from which the German 6th Panzer launched their northern push. However, the play map is not an exact match for the area. I have found photos of the small stream between the villages which shows it to be everything from a small brook, to a fast moving creek. I choose to make it the way it is on this map for play ability reasons.

The US 7th Army has quietly been moved into position in the Ardennes just west of the German lines, in the area of two other villages called Rocherath-Krinkelt. The Allies plan to launch an offensive through the Western Wall and open a route to the Rhine River.

On the other side of the line, the Germans are quietly building up men and material to begin the Rundstedt Offensive. During the night, German units have been slowly moving into staging areas just behind the Villages of Hollerath and Ramscheid.

Just before dawn on December 12th the Allies launch their offensive against what they think is a poorly defended area.

6 thoughts on “A Nasty Surprise”