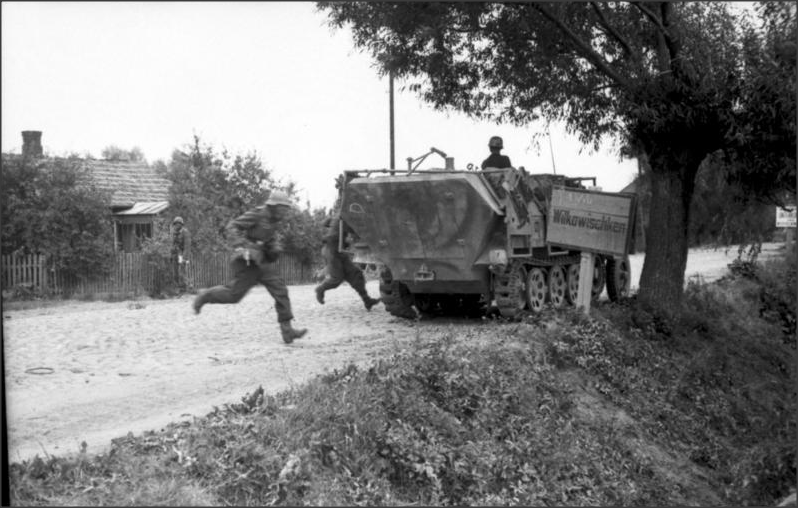 The German Army’s elite Grossdeutschland Division had done yeoman service in the Carpathians after the long retreat with Army Group South. As the destruction of Army Group Centre wound down, Grossdeutschland was moved to the East Prussia-Lithuania border to bolster Army Group North. They did not wait long to see action. Heavy fighting in the first week of August 1944 was intended to stabilize the front and move the enemy away from the German border. The first target was Vilkaviskis, the first major town across the border in Lithuania, where rail and road lines had been cut by Soviet shock troops. Wilkowischken (the German name for Vilkaviskis) fell to the Soviets on 2 August.

They continued west, where they were met by the GD on 5 August. Heavy fighting ensued, including the first meeting between GD troops and the Iosef Stalin tank. On 7 August, the Panzer Grenadier Regiment GD licked its wounds in newly won positions on Hill 51, then moved to Wilkowischken where they were ordered to participate in a full divisional attack. Reconnaissance on the 8th revealed that the Russians had entrenched on the Kovno-Gumbinnen road, siting their weapons behind a two-metre deep anti-tank ditch the Germans themselves had dug as part of the East Prussian Defence Position. At 04:15 the Division moved out in a heavy fog. The Panzer Regiment GD and Füsilier Regiment GD moved forward on the right, planning to swing to the east. The Panzer Grenadier Regiment, with APCs leading the way, attacked due north through farmer’s fields into the enemy defences, meeting mines, Sturmoviks, and anti-tank guns. Battering their way into the town while tank battles took place farther east, the Grenadier Regiment moved forward through cornfields, bushes and the small well-tended gardens of the town.

The fighting would last until after dark, the tight confines of Wilkowischken requiring much of it to be at close quarters. Grossdeutschland – the Fire Brigade of the Eastern Front – had received its welcome to Army Group North.

Tags: ATTACK MEDIUM SCENARIO PLAYABLE AS H2H AND VS AI