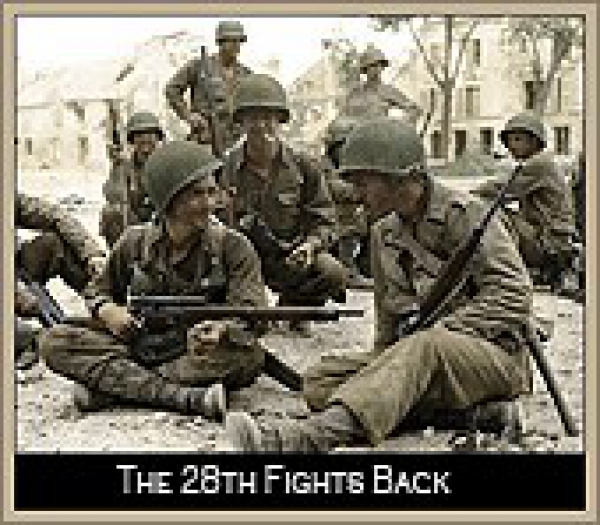 Vigourous resistance by the Germans allows them to still hold the heights between Gathemo and Perrier. Sourdeval is still under a rain of shells. You are commanding units from the 110th Regiment of the 28th Division. After huge artillery barrages in the surrounding heights in front of us you are to take the next village, Vengeons, on our way to Sourdeval and Mortain. We are trying to surround them, so you must push hard.

Enemy is the 116th Panzer Division, or what is left of them. We sent some scout units to the vicinity of the bridge earlier this morning, but were fiercely attacked by enemy artillery. The enemy surely believes we are about to cross, so it´s been shelling the bridge the whole morning. Watch out and don´t rush. They have a reduced, exhausted company with some armor support in the village. They know they may be surrounded, so even if they are dug in, their morale is low.

For version 2.0 the force balance has been modified in order to allow allied players to get a victory without suffering great losses. Some terrain and foliage added to provide concealment and approach routes. Deleted some Axis assets and modified headcounts.