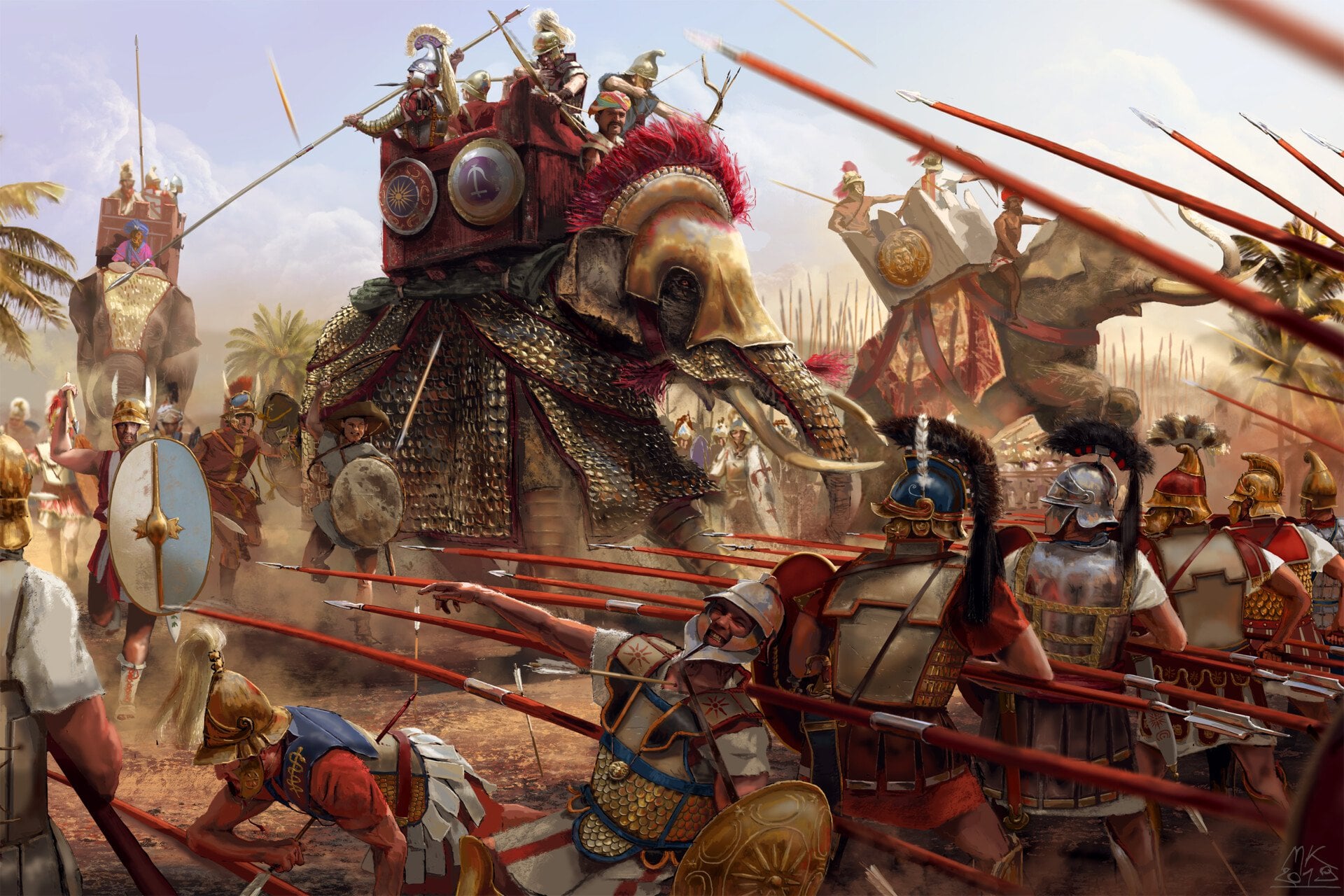 Doesn't the Seluecid garrison still present make Syria "contested" and not owned by either side?

Badger73 said:
Doesn't the Seluecid garrison still present make Syria "contested" and not owned by either side?
Click to expand...

Yes you're right. I spoke too soon.

olaf said:
Yes you're right. I spoke too soon.
Click to expand...

Not a problem. Chalk it up to the euphoria of your victory!!

However, it does reduce the total number of provinces under Seluecid control . . . (for the moment, at least . . . :shootero

The GREENS triumph in Cappadocia! Fortuna smiles upon Seleucus and sends omens of disaster upon Lysimachus.
(@Wellsonian got snakebit long and often by unlucky outcomes. Tense battle from start to finish; a good match.)

The unlucky outcomes happen, and you had a few too. Good game, very well played by you, and much more interesting than the score. I did not like the two hills on your side though. My commander needs to work on finding favorable ground during the operational phase!

Interesting developments as we go into the final TURN 10...

BLUES score a minor victory in SYRIA -- destroying the GREEN army, but their own army there is disorganised and cannot move or attack this turn -- SYRIA is contested for now.

GREENS score a major victory in CAPPADOCIA -- there was only a 1 strength BLUE garrison there which was reduced to zero at end of turn, so province is up for grabs with no garrison in place. 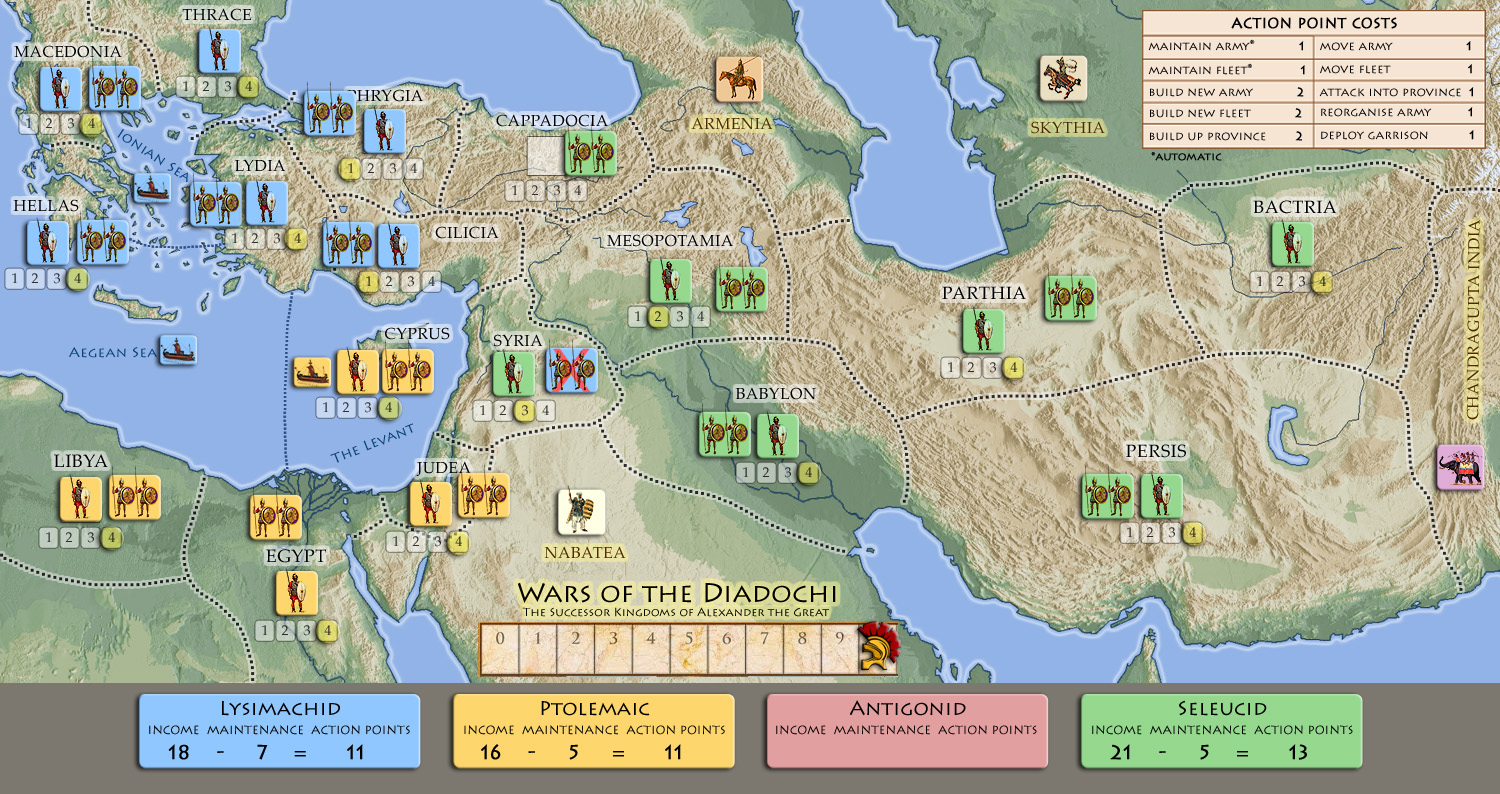 Just waiting for orders from @Nathangun and the YELLOW faction, then we can proceed.

Should be able to process orders some time today.

Is that Imperator Rome?

A bit more detailed than our campaign

Nathangun said:
Is that Imperator Rome?
Click to expand...

NAVAL: BLUE fleets launched into Aegean and Levant -- mixed results with YELLOW fleet victory in Aegean and BLUE victory in the Levant.

YELLOW steals a march on GREEN and manages to attack first into SYRIA vs BLUE army that has been reorganised.

Most new army placements and movements outside of the battles is pretty much irrelevant as the campaign ends after this turn. 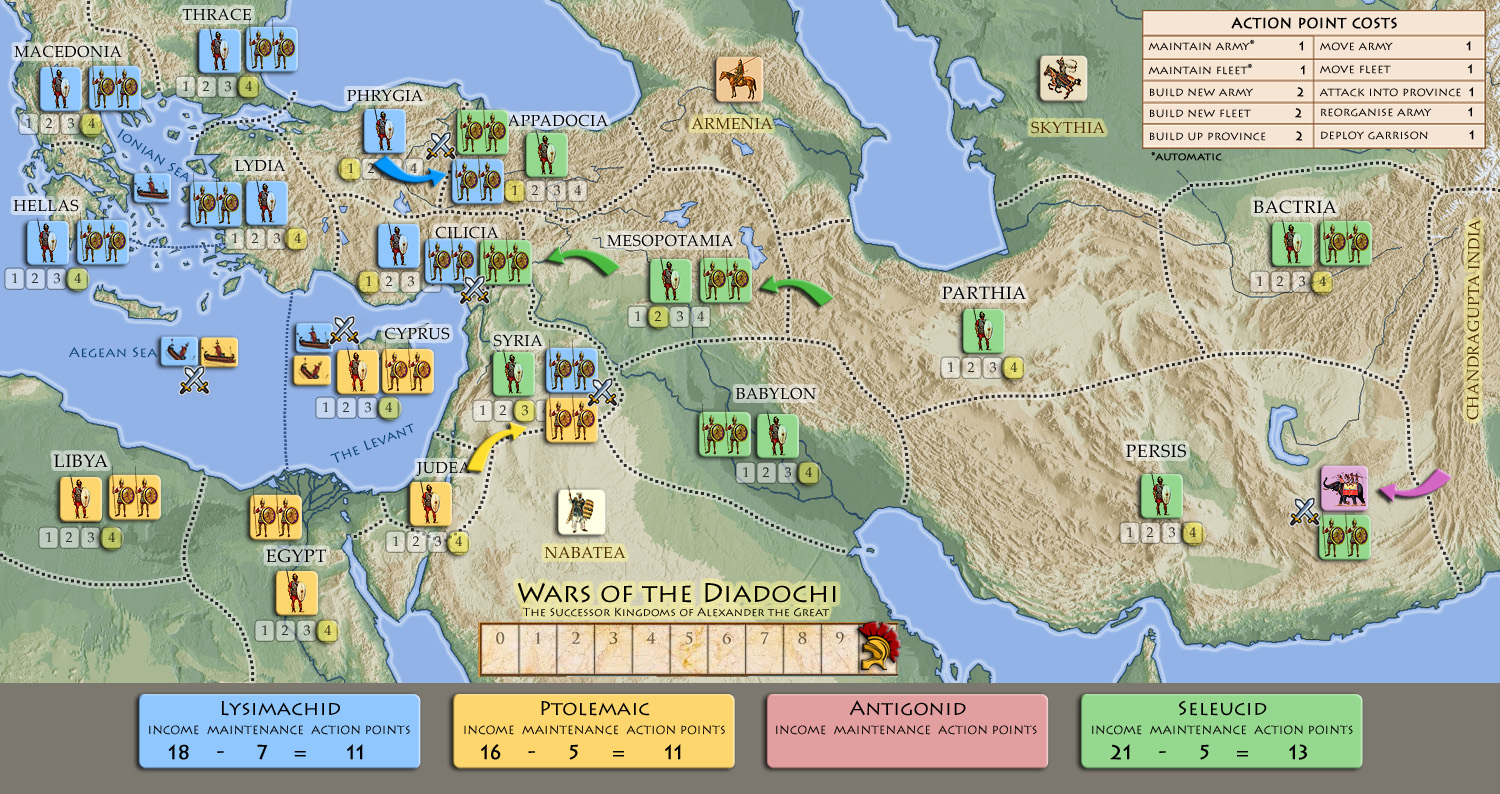 4. PERSIS: GREEN vs INDIANS 9I'lls et this one up)

@Rico - He whom Seleucus I Nicator tasks with sending your dacoits and badmashes scurrying back across the Hindu Kush will be me, my fine fellow. We'll keep all the captured elephants though . . .

Badger73 said:
@Rico - He whom Seleucus I Nicator tasks with sending your dacoits and badmashes scurrying back across the Hindu Kush will be me, my fine fellow. We'll keep all the captured elephants though . . .