A baby’s ashes rest on board USS Utah.

Beneath the waters of Pearl Harbor, 58 sailors, who died when the USS Utah was sunk on Dec. 7, 1941, silently guard the remains of a shipmate: the ashes of a baby girl.
Chief Yeoman Albert Thomas Dewitt Wagner (1896/1975) had been waiting for a chaplain to be assigned to the Utah, hoping for a proper burial ceremony at sea for his daughter when the Utah went out on maneuvers. An urn carrying her ashes was in his locker in the Utah's chief's quarters. 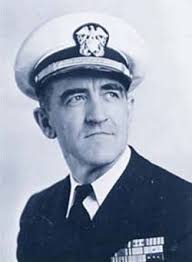 But the surprise attack changed everything. Wagner was among those who survived the bombs that day, but he was not able to rescue his baby's ashes.
Your girls, Lynne Wagner and Mary Dianne Wagner were born prematurely on Aug. 29, 1937, but Nancy lived only two days.

Louis said:
The guardsman who rushed to the aid of the pope (Alois Estermann) became a hero
Click to expand...

Wasn't that this guy?

Right after the Battle of Midway, Admiral Chester Nimitz flew from Hawaii to San Francisco in a seaplane to give an after-action report. On landing, the seaplane hit a log, flipping over and cracking in two. The co-pilot was killed, and another severely injured.

Wrapped in a blanket by a corpsman, Nimitz stayed on the sinking wing out of concern for the other passengers. The rescuers tried to gently direct him to the crash boat, but he evaded all attempts to steer him to safety.

Finally, an eighteen year-old seaman snapped at the old man who was getting in the way: “Commander, if you would only get out of the way, maybe we could get something done around here.” Nimitz saw that he was correct, and went to the boat.

On the little boat, Nimitz stood up to better view the wreck, and was promptly yelled at by the coxswain to sit down. When he sat down, the blanket slipped, and the coxswain realized he’d just yelled at a four-star admiral. Nimitz stopped him as he tried to apologize.

“Stick to your guns, Sailor. You were quite right.” 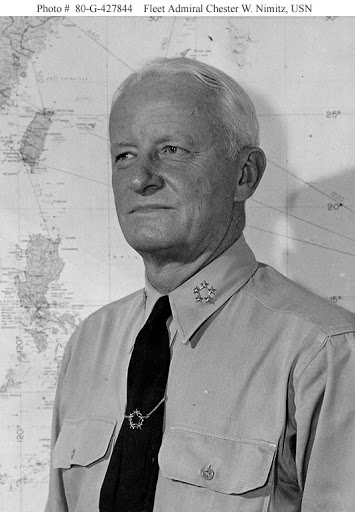 The longest conflict in history: The Reconquista war between the Catholic Spanish and the Moors lasted 781 years, from the landings at Tarifa in 711 until the capitulation of Granada in 1492. They still celebrate the fall of the city here in Granada on the 2nd of January.

Those two groups are represented in Total War Medieval 2, a game I still occasionally play.
Granada would have been right in the thick of it.

I saw a documentary on the Moors, years ago.
I was astonished at what their civilization achieved. Things like:
All this, while most of the world was busy crushing skulls or dying of diseases. Short lifespans.
Just amazing. Universal education probably helped this Arabian renaissance.

Just one additional note regarding the Reconquista.
In the game Total War Medieval 2 (which goes from 1080 to 1530; which covers more than half of the Reconquista time period from 711 to 1492), one of the most interesting Spanish cavalry units is the Jinete.

Light horsemen armed with sword, shield, and javelins or short spears. They were developed to counter the massed light cavalry of the Moors.
They became one of the most numerous of the Spanish mounted troops (Castilian armies mustered between 11-13,000) and were used all the way into the sixteenth century.

They were used as skirmishers, harassing the enemy into giving ground or breaking formation.
Once the enemy was tired or in disorder, they would charge.
In the game, I found them very useful because of their speed and quick manoeuvring (to keep clear of enemy units - even enemy cavalry!).

The term jinete refers to those who show great skill in horsemanship.
From my quick research, I wonder if the Conquistadors from Spain and Portugal (who also used jinetes) spread the concept to the Americas during the 1500's.
There are many similar horsemen legends all across the Americas.

A Gaucho (a nomadic horseman adept at cattle mustering) is a national symbol in Argentina and Uruguay and in the culture of Paraguay, Brazil and Chile.
In Chile, a Huaso wears a poncho and wide hat, while Mexico has the Vaquero. The Vaquero lead to the North American Cowboy!
I'm going to mentally draw a straight line through the centuries, and claim that the North American cowboy draws its roots from the jinetes.

It's certain that the Iberian cavalry had a great impact in the Americas, there being no cavalry there at all until the arrival of Europeans. I'm not sure what type of cavalry was employed by the late 15th century but it'd be interesting to read up on. Was the role of the jinete still key or had cavalry become much heavier by then? I'll take a look.

Horses did get bigger and heavier up through the middle ages.

It seems the jinetes were around until the early 16th century and were based on the Moorish style of combat: skirmish, fast manoeuvres, feint attacks and false retreats. Later that century, pike and shot had taken over the battlefield.
Arab horses are still popular here in Andalusia because they can deal with the heat. I ride one in fact.
I think the horses of the conquistadores we're a sturdier Hispano-arab cross. A good fast tough horse.

A faux “Berlin Wall” was put up constructed by the Spokane (Washington state) Advertising and Sales Association on May 1962.
The association wanted to build a symbolic Berlin Wall and Checkpoint Charlie across Main Avenue. National Guardsmen would be stationed at the checkpoint, but traffic would be allowed to flow freely. The City Council gave the OK.

A chest-high barricade of concrete blocks was set up Wednesday, May 9, and stayed up until Friday, May 11. Replica signs read “Achtung! You are leaving the Western Zone.” National Guard soldiers staffed the checkpoint and handed out cards explaining the project to drivers who passed through. Finally on Friday evening, Guardsmen used a tank to ram the stacked blocks. 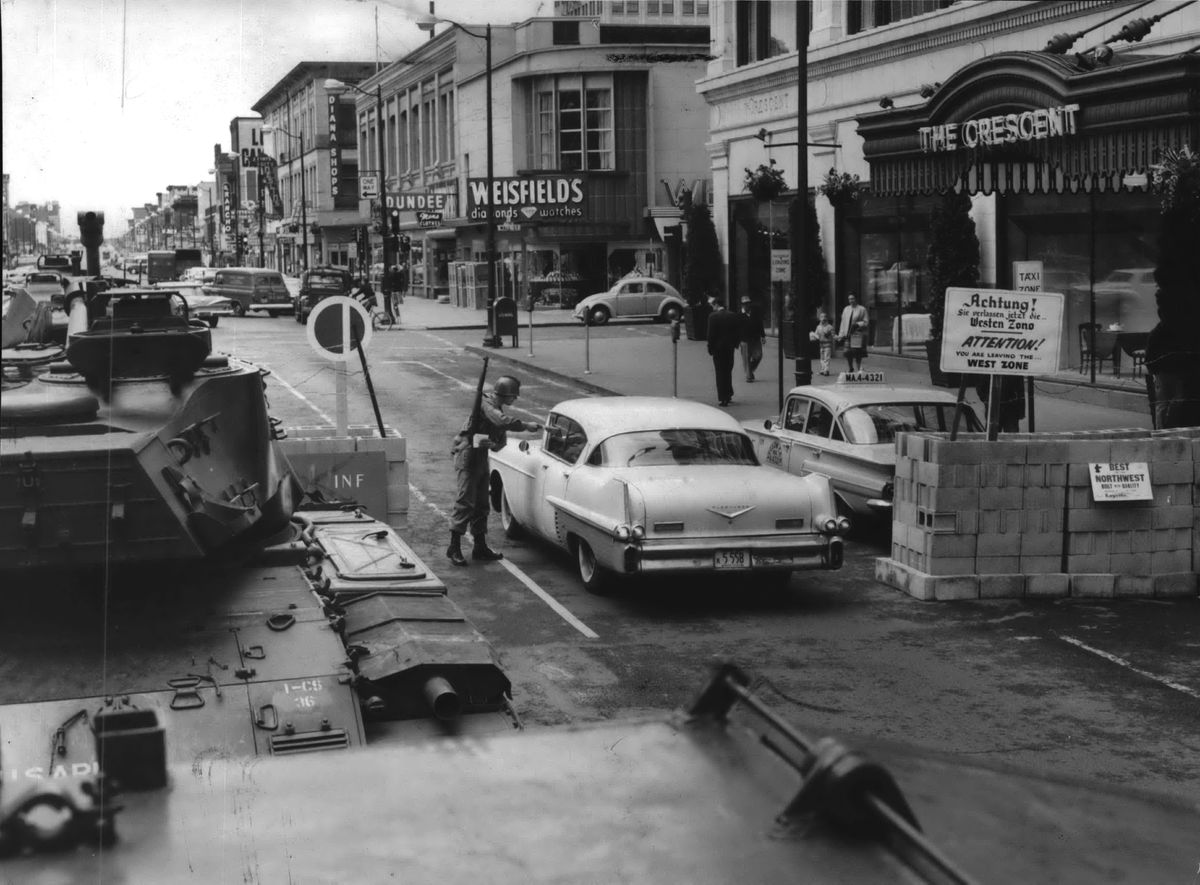 Motorists on Main Avenue between Wall and Post streets in Spokane had to go through this mock checkpoint between May 9 and May 11, 1962.
National Guardsmen at the wall handed out cards explaining the project.​
Extract From spokesman.com

The only person to down Japanese aircraft with a M1911 pistol. 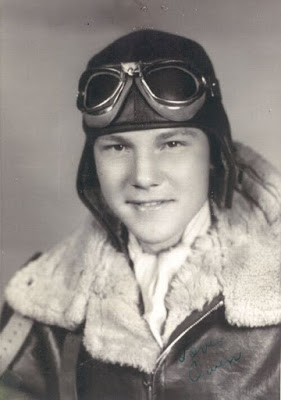 US Colonel Owen John Baggett (1920/2006) was co-pilot on a B-24 assigned to 10th Air Force, 7th Bombardment Group 9th Bombardment Squadron. On March 31, 1943 he took part in a six plane mission against the Pyinmana Railroad Yards in Madalay. Before reaching the target, the formation was attacked by a greatly superior number of Japanese fighters. During the intense air battle that followed the plane was fatally damaged and crashed. Five members of the crew were killed, either in the plane or by being strafed by enemy fighters as they descended in their parachutes.

Bagget, on parachute, was grazed on the arm by one of the Japanese bullets, and decided to play dead in the hopes he'd be left alone long enough to make it to the ground. One Zero fighter pilot opened his canopy and flew in to take a closer look at Baggett. As he approached within feet of the chute, Bagget raised his .45 pistol and fired four shots at the cockpit. The plane stalled and spun in. Baggett and three others made it to the ground alive and became prisoners of war. It was revealed by Japanese soldiers that they had found the crashed wreckage of the fighter plane, along with the dead pilot, with a wound to the head.

Captured, Baggett spent over two years at the Changi prison camp in Rangoon Burma to the end of war. 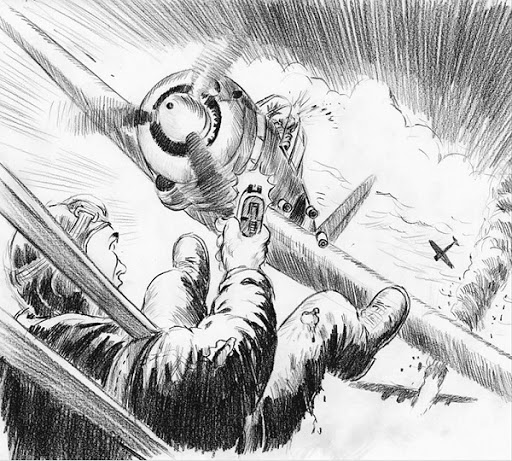 Found this which has some insight into the man himself......

Following on from our recent break in Devon, I was interested to discover that the hotel in which we stayed has some military connections, as it was originally built in 1852 by Colonel Robert Smith as his family home, before being converted into a hotel...... some history on the man himself....

Clearly a very intelligent man and also an accomplished artist.

Just saw this, absolutely incredible. The forces at work are beyond comprehension.

The universe is truly EPIC isn't it? Such power and scale.
I read a description of neutron stars. They are so densely packed that a teaspoon of it weighs as much as Mount Everest (over 1 billion tons)!

I came across this NASA map the other day, of our greater neighbourhood.
This is Laniakea, our galactic supercluster with about 100,000 galaxies.
The red dot is the Milky Way which includes 200 to 400 billion stars including our Sun.

I was blown away when they mentioned how fast these things spin, thirty times a second, the amount of energy required to move that much mass that quickly is literally unimaginable.

According National Archives and Records Administration, Pfc. Henry J. Latanski of the 24th Infantry Division is credited with shooting 25 enemy soldiers with his BAR during the Oct 21, 1944 Japanese attack on Leyte Island, Philippines. 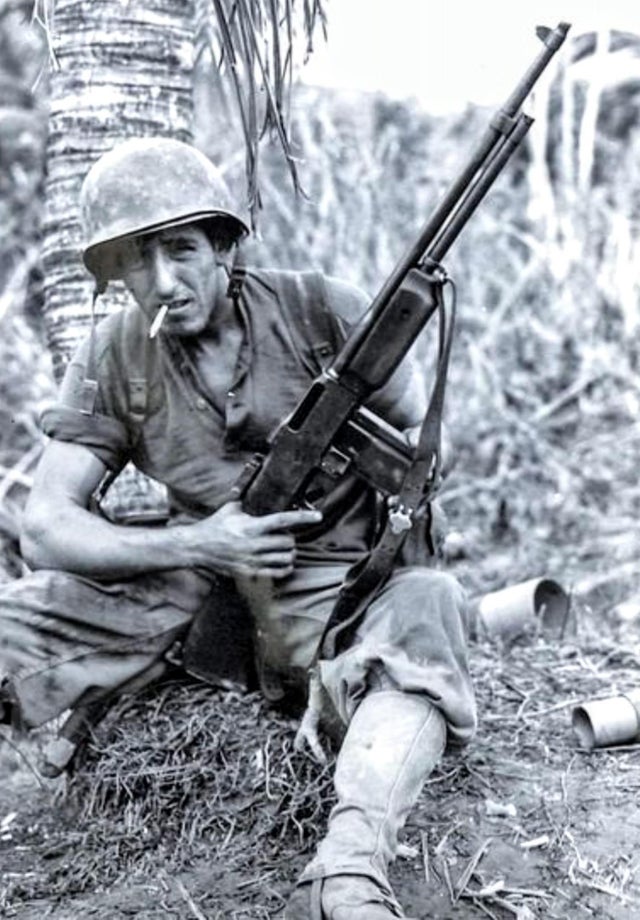 On June 27, 1991, T-55 tanks from the Yugoslav People’s Army rolled through Osijek, Croatia, a city that would later suffer heavy damage from the independence war, in a forceful demonstration of power. But the army’s efforts failed to instill fear in all of the people.

A citizen decided to protest the incoming forces. He parked his red Fiat (also called a Fićo) on the street in front of the approaching tanks, blocking the road as an act of defiance. The man calmly exited the Fiat seconds before the tank leading the horde of military vehicles rammed into the car and dragged it along the street before crushing it.

Twenty years later, a monument was unveiled to commemorate the act. A red Fiat can be seen climbing a T-55 tank, to symbolise the fearless unbreakable spirit of Croatian people in their struggle for freedom in the war for independence. The monument was called The Red Fićo (Fiat). 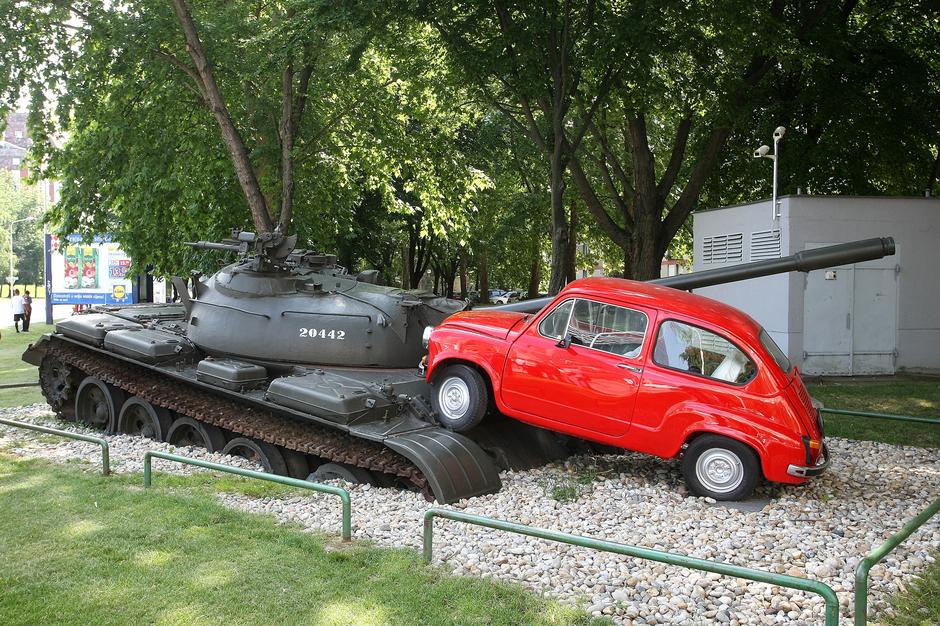 This always cracks me up, but is intriguing as well - why do they do it?