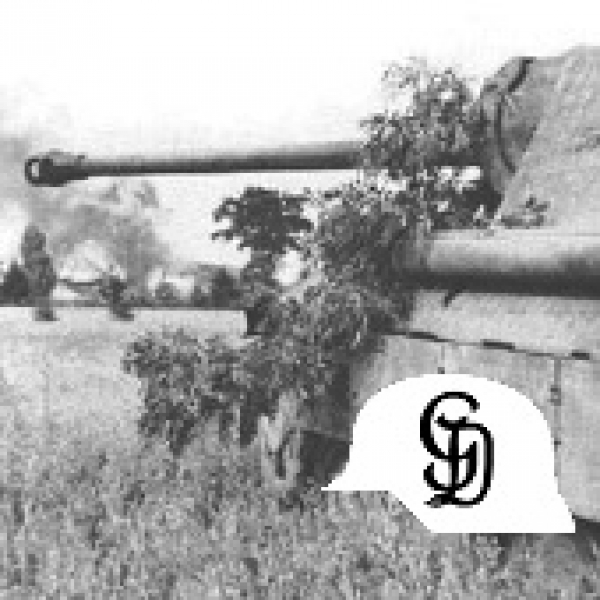 Based on a historical account from HISTORY OF THE PANZER-REGIMENT GROSSDEUTSCHLAND by Hans-Joachim Jung and the scenario “PANZERGEIST” for ASL by Pete Shelling. Additional sources consulted included Google Earth for contemporary view of the terrain and the Lexicon-der-Wehrmacht website for additional order of battle information.

The 1st Battalion of the Panzer Regiment Grossdeutschland was detached from the division for refitting with the Panther tank. It found itself in France at the time of D-Day (and BAGRATION) in June 1944. After returning to the Eastern Front, I./Pz.Rgt. GD served in support of the 6th Panzer Division and was with that formation in late October during a series of battles near Olszak, Poland. The regimental newspaper of the division quoted a GD officer declaring, after one of these successful attacks, “We still have the old Panzergeist! (Armoured Spirit).”

Designed for play either H2H or vs AI as either side. Two AI plans included.