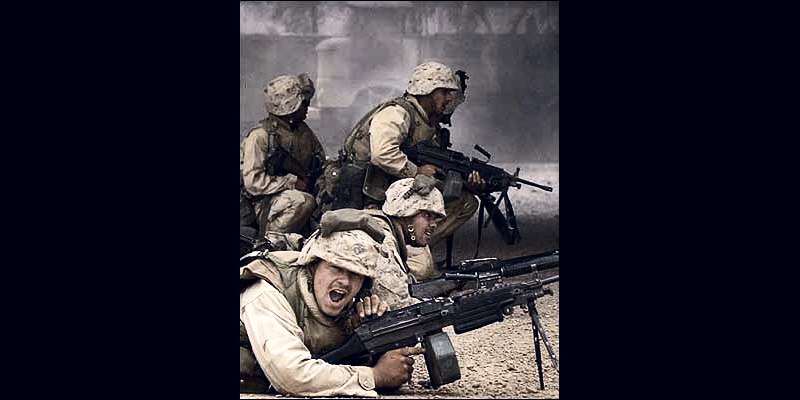 Mahdi Army insurgents have taken control of the Iraq city of Al Naraf. They have been constantly moving weapons and supplies through tunnel complexes under the Halar Cemetery.

The 2nd Marine Regiment, part of the 2nd Marine Division has been mobilized to move in and retake the city. A probe in force on the Sept 9th resulted in heavy fighting and both sides pulled back.

On September 10th additional support forces have been brought up and the 2/2 is prepared for a dawn assault on the city. Expect heavy resistance and difficult street fighting. Use your armor and support assets wisely.

This is a hypothetical encounter but hopefully models what some of the difficult city combat engagements were like.

The scenario requires Mords Combatants, Mords Mixed Combatants and Mords Syrian Fighters to get the full immersiveness of this scenario. All can be downloaded from the BF Shock Force Repository.