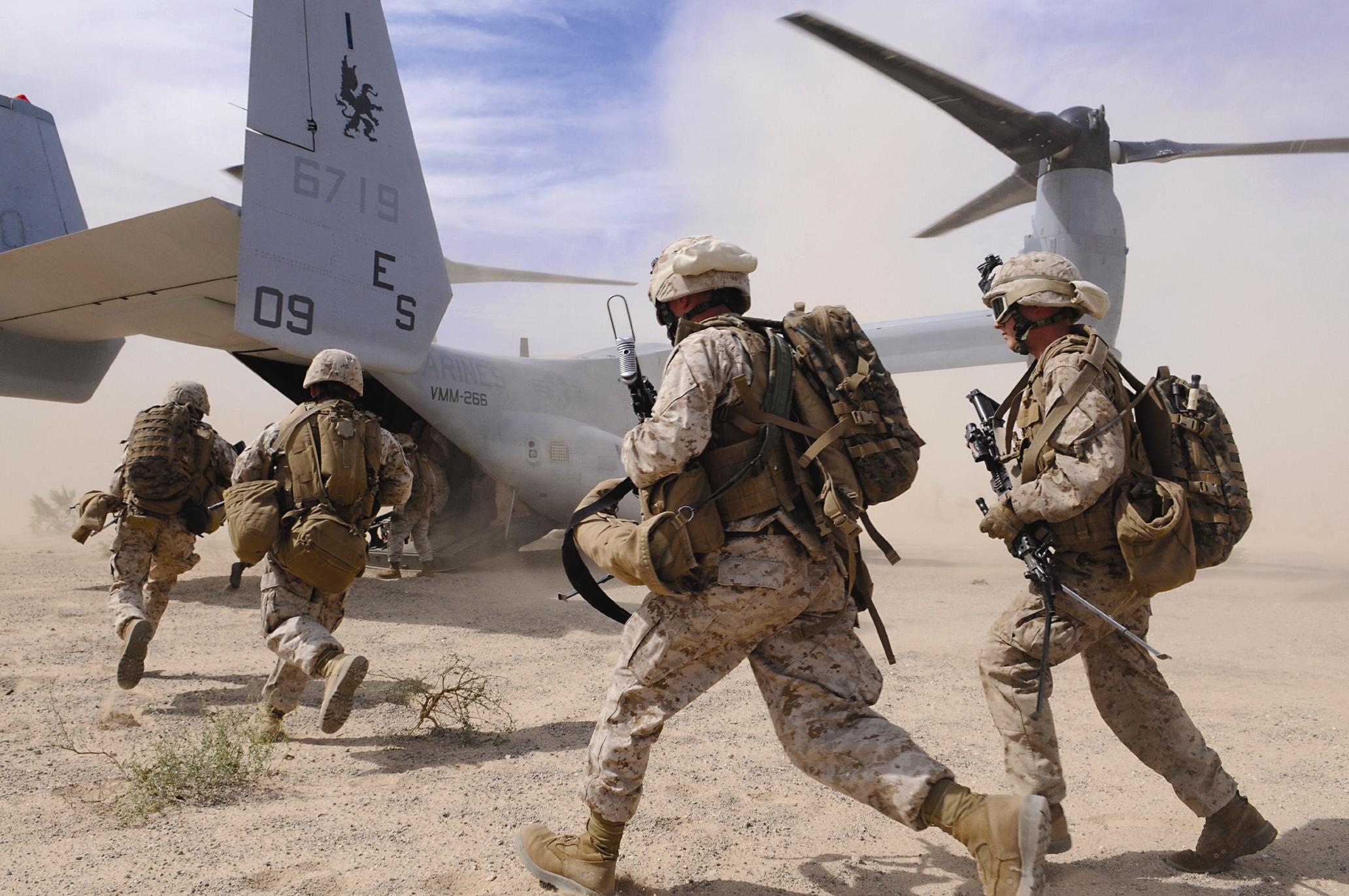 Syrian military forces have been reacting to the shaping actions of the US amphibious elements in an un-coordinated manner. Finding their strategic intelligence and communications infrastructure destroyed or compromised, the Syrian military must rely on decentralized execution at the tactical level, which quickly degenerates into un-coordinated defensive operations conducted by local commanders, based upon their skill and level of commitment. Despite this, the universal call to defend Syria and Islam inspires most to fight hard against the overwhelming US firepower and operational tempo. In one regard, the in-ability of the Syrian high command to mass and control their forces, especially the armored Republican Guards units, provided a level of protection against the US war machine by default, causing US forces to have to physically locate the decentralized Syrian forces along the coast, hidden in rough terrain and urban areas. Throughout the MarFor AO, the Syrian military was able to create local strong points and hide small counterattack forces in order to attrite the impending landing force. The Syrian high command is hopeful that its out-of-contact commanders could seize opportunities and inflict high casualties in order to set the conditions for a counter-assault. Syrian reserve infantry forces have been established in blocking and ambush positions in the vicinity of HAMIDIYAH and BLZ White 2, as the outer layer of the Syrian defensive plan. Despite the compromise of the recon teams, BLT 2/6 must seize BLZ White 2 and get established ashore. Due to the unexpected enemy threat in the vicinity of HAMIDIYAH, and the subsequent emergency extraction of the recon teams, the BLT’s assault plan has been adjusted. The surface assault scheme of maneuver has been modified so that no forces will land on the exposed center beach. This minor change will nevertheless cause a delay in the landing sequence. Additionally, the vertical envelopment’s aircraft routing and LZs have been moved further north. 2nd Plt, Fox Co, conducting the helo-borne insertion, will now land approximately 7 kms to the north, removing them from direct support of the main landing. Golf Co is now forced to hit the beach in the face of enemy opposition, depending on violence of action and firepower in order to push ashore and create space which the heavier elements of the BLT will need to come ashore. Echo Co is the MEU reserve. The USS Mason and a section of F-18s are standing by to provide fire and air support. This scenario is from the stock USMC campaign. It has been modified very slightly to allow for H2H play. Original scen design by Imperial Grunt.