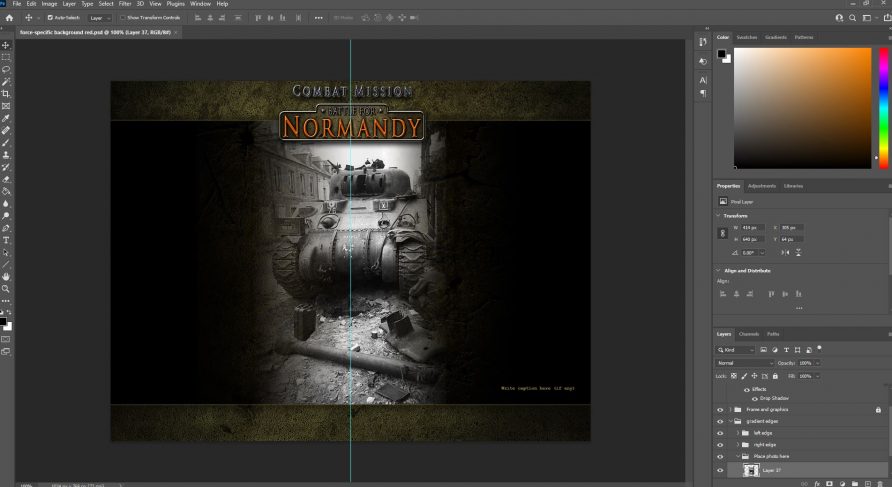 How to use the template:
Open the psd file ”force-specific background red” in Photoshop
Place the photo inside the folder named ”Place photo here”
Drag the folders ”left edge” and ”right edge” (inside the folder ”gradient edges”) to the left
or right, until the edges of the photo are masked and blend with the black background.
If there´s a caption for the photo, write it in the text layer inside the folder named ”caption”.
I recommend that you only add a caption if the caption adds information to the
photo. For example there is no need to write ”Sherman tank” when the photo shows
a Sherman tank. The player doesn´t need a caption to tell him what he already sees
in the photo.
But the caption: ”The Sherman Mk. V OP of Major Dennis Wells from K Battery, 5th
Royal Horse Artillery, 7th Armoured Division knocked out by Michael Wittmann in
Villers-Bocage” provides the player with information he cannot immediately deduct
from looking at the photo.
If there is no caption, then remember to turn off the visibility of the folder.
Save the file as a .bmp file.
Remember to rename it ”force-specific background blue” if it supposed to load when
playing the allies´ side. 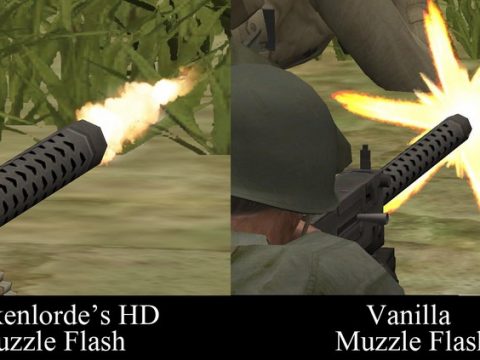 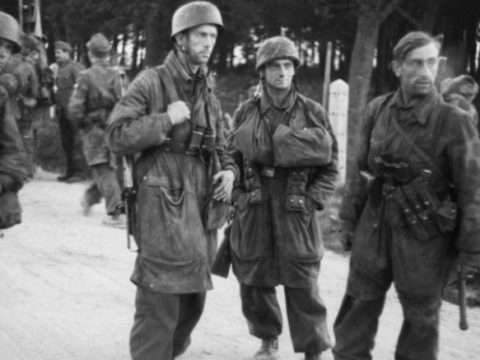 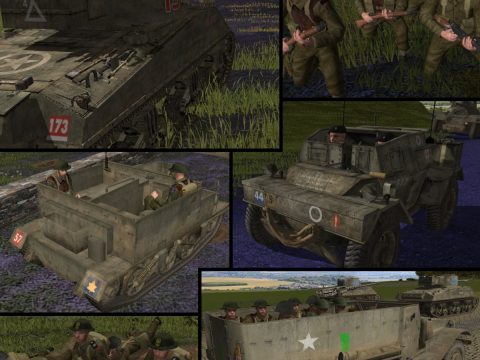 Translucent Trees 2.0 By Rambler
admin 2019-02-17 0 Comments
This mod makes the tree foliage translucent.There are two different versions with two individual brzs for each version. The close/far...