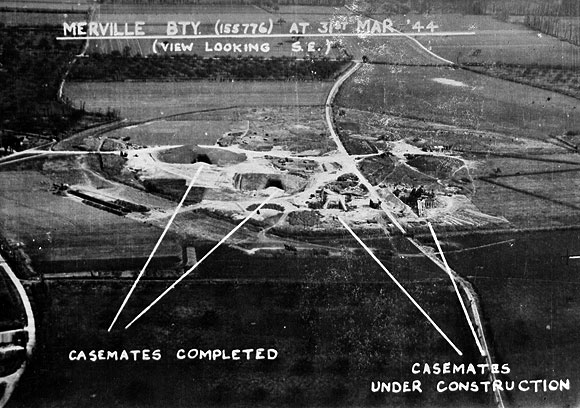 Historical scenario. Requires both VP and MG. Allies vs AI only.

It is 4.00 AM, June 6th 1944. D-day is upon us. The liberation of Europe is at hand. The beach landings will begin in a few hours. Your mission is to knock out the gun battery at Merville (four bomb proof casemates) which is a potent threat to the landings at Sword Beach. For weeks, elite British paratroopers have trained at a replica battery in England, constructed from aerial photos, and is ready to drop over Normandy. Each and every man has a distinct role to fulfil for the mission to be successful.
At any price, knock out the guns at Merville. This is to be achieved no later than 05.00 AM. If not successful by then, the battery will be shelled by HMS Arthusa en route for the Normandy coastline (Note: This is not an “Exit scenario” – play until time runs out). However, it is likely that this shelling won’t do the job, just like the massive bombings of the battery prior to the assault didn’t. If possible, the shelling is to be avoided since it also gives away the position of the battleship and that an invasion might be underway.
The paradrop was more or less a catastrophy. Poor visibility and heavy crosswinds scattered a lot of units way outside the intended dropzones. What was intended as a mission for some 650 men and heavy equipment, only 150 men made it to Gonneville in time for the approach to the battery. None of the heavy equipment made it, no mine detectors, nor flamethrowers – nothing but one Vickers MG. Use it wisely and make the most with the equipment available.
A recon party has scouted the battery and cut holes in the fence for the approach.
Three gliders are tasked to land within the parameter of the battery, between 4.30 and 4.45 AM, but considering how the earlier drop went, this is an uncertainty at best. Don’t plan for it.
The battery is defended by the 716th Static Infantry Division / Artillery Regiment – about 150-200 men. There is also a known 20 mm AA gun spotted by the recon party. There should be little resistance in the approach to the battery. Perhaps some night patrols, but no significant forces are expected.
rocketman
MGVP-Merville-Battery_2Download 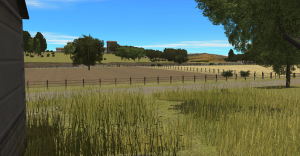