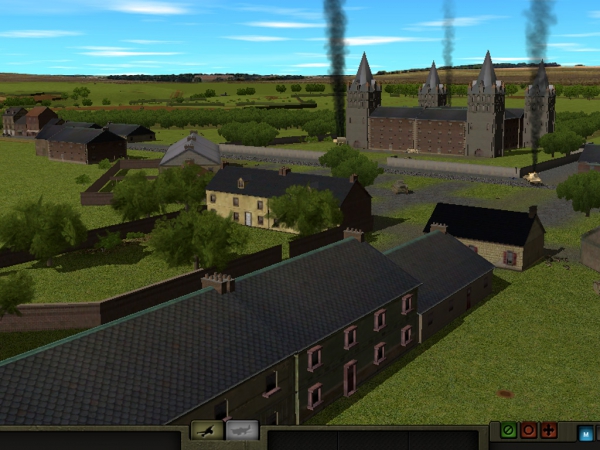 The germans are in retreat and have cobbled together a small force to act as a rearguard to slow us down. As the American Commander (Recommended but both sides have AI) your job is to strike out across the river fast and capture certain objectives in the Town. The germans are using the cathedral towers for artillery spotting.

The Americans have 3 main objectives in the town. Capture and clear out the Cathedral. Capture the german HQ and kill General Von Klutz, who is attempting to stiffen resistance. Sources tell us he is touring the defensive positions in a Kublewagon. There is a 4th objective at a crossroads on the left flank but it is of minor importance.