The Sahrani Liberation Army (SLA) is the army of the fictional country of the Democratic Republic of Sahrani from the videogame Arma: Armed Assault made by Bohemia Interactive.
I decided to make this reskin because I’ve always liked the “generic OpFor” look of the SLA. The “lore friendly” loadout of the SLA is mechanized infantry in BMP-2s (Syrian
Republican Guard formation) along with T-72M1s. However, all T-72 variants and the BMP-1 have been retextured as well to allow for flexibility when using the SLA.

Voices:
In Arma, the SLA have hispanic heritage, thus speak Spanish. However, I have given them Russian voices and names as these assets are readily available from Combat Mission Red
Thunder and Combat Mission Black Sea. Going through the process of creating a whole new set of voices in Spanish would have taken me too long and been far too labor intensive.

Infantry:
Both Regular and Reserve Syrian infantry have been retextured to look like SLA soldiers. Regular infantry have their rifles model swapped to use the AK-74. This is purely a
cosmetic change, as the game still simulates them firing the 7.62mm round of the AKM. Additionally, the stock helmet texture has been remade by SaintFuller to model the Soviet
SSh-68 helmet. The textures for the helmet were made by SaintFuller and tweaked by myself. All other infantry textures were made by myself.

Vehicles:
Included are reskinned BMP-1s, BMP-2s, T-72s, BRDMs, and the Shilka. All textured by myself.

Especas:
These are the Special Forces of the SLA. They are equipped primarily with AKS-74Us and wear green berets into combat instead of a combat helmet. The stock Syrian Special Forces
are used to represent the Especas. The AK-74Ms and helmets have been model swapped for the AKS-74Us and berets. The beret is from Combat Mission Battle for Normandy with the
retexturing done by myself. The AKS-74U model is from Shock Force 2. All other Special Forces textures were made by myself.

Known Bugs:
Sometimes, swapped model textures will “flicker” when viewed from a distance or from up close. To my knowledge there is no way to fix this. However, it is mostly unnoticable.

Usage:
You are free to use this mod how you like. If you use any assets from this to make your own mod, just be sure to give credit where it is due. 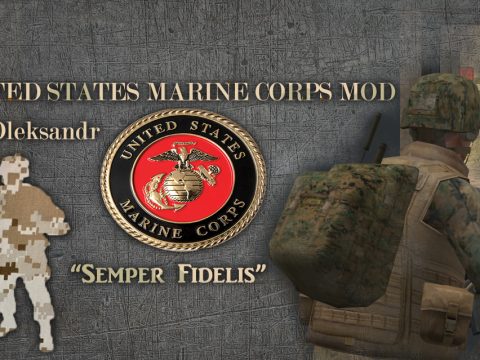 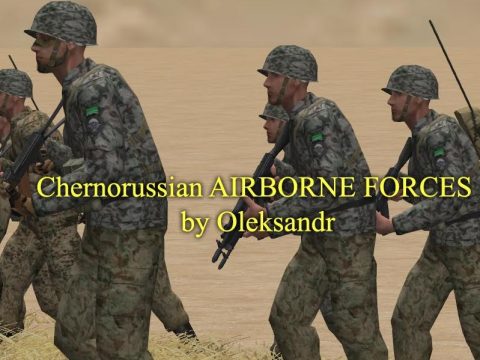 Nato Tactical Symbol Icon Replacements For Red Force By A Canadian Cat
admin 2019-02-19 0 Comments
This mod replaces the unit floating icons with modern NATO tactical symbols for the Red forces. The icons are from...