mTk said:
<snipped>
We might be boring the audience so we should probably take this to pm.
Click to expand...

No, please don't. This is good stuff for other members curious about the game too.

On the topic of mTk schooling MG on the game mechanics?

Just kidding fella's, hope you both marshal the field well.

I thought I was REALLY bad at this game because I couldn't seem to win the first scenario. Then I realized I can use my prestige points to reinforce depleted units DURING THE BATTLE. Duh.

Turns out I may have been wrong. Gasp!
When I chose the advanced option to extend the game by 3 turns it apparently moved my difficulty level down to <easy>.
If I move the difficulty level back to <normal> I lose the 3 day bonus. (sigh)
That's OK. It is still challenging and I just finished Tobruk with one turn left while taking down the bonus objectives.
Oh, Tobruk? OMG! The bonus objectives turned out to be the biggest (unpleasant) surprise I've ever encountered in a war game.
Not joking.
Tip: AT guns and vehicles are awesome. Set them up adjacent to another unit. When the adjacent unit is attacked the AT unit gets first shot w/o taking any counter fire.
Think about that for a moment.
When we get around to playing H2H you are going to want to know that.
Last edited: Mar 25, 2020

Wait, he's supposed to play me in Ogre first...LOL

You're too old, fat man. Your tits are too big.

In the Steam PC2 folder there is a printer friendly manual - ie white paper - black print. Don't know why devs make those crappy fancy but unprintable manuals. I know it is a longshot but sometimes having a printed manual helps.

If you want to check if you have moved/fired all of your units select Next Unit.
If you do not want a unit to move or attack on that move select Sleep one turn.

When all units have been fired/moved or Sleep one turn nothing will happen when selecting Next Unit, so select end turn.
Last edited: Mar 26, 2020

I remember when you used to get an already printed manual when you bought a game. And sometimes a cloth map.

Meat Grinder said:
I remember when you used to get an already printed manual when you bought a game. And sometimes a cloth map.
Click to expand...

I remember when you actually had to find a live opponent and set up a map gameboard and a bunch of unit counters on the said gameboard. 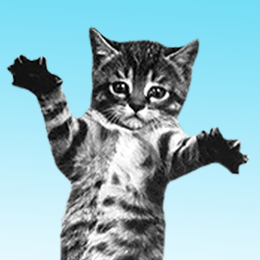 This is very interesting.
After my glorious victory at Tobruk High Command gave me an option as to how to proceed.
Follow the normal track after the upcoming El Alamein or...proceed with the (fictional) Egypt campaign.
Well, sure, I'm up to visiting the pyramids so across the desert my army goes.
And it happened again! After marching and fighting my way through the biggest battle yet at Cairo, the last man on the last turn (33) moved into Suez. Really. The exceptional has now become common place.
Anyway, next was a march up through Syria all the way to Beruit which turned out to be quite easy as my northern amphib assault was a huge success.
Now I'm wandering all over Iraq fighting an enormous Allied force. Where do they get all these guys?
How big are these battles going to get? My core force is now 99 pts and I bet the enemy force is at least 2x that and maybe 3x!
This is great fun because I've had no idea where I'm going or what I will face.

Would someone please give me a quick-and-dirty on how to assign heroes to units?

Click on any given unit.
Click in the inspect (I) on the unit badge along the bottom of the screen
You will see a list of things about the unit you can look at. One is heroes. Select it.
Click on the <assign heroes> button at the top of the screen. A drop down menu should appear showing all heroes, those already attached to units and those unattached. If you click on an available hero it will automatically be assigned to this unit. Do nothing more. Leave the screen.
You did it! Let me know if I screwed up the instructions.
You can swap heroes between units, but only as you prepare for your next battle. Remember, when doing that NEVER hit the <delete> key. As I mentioned before it will delete your hero from its assigned unit. Unfortunately, it will also delete it from the game. I know that for sure. (sigh)

@mTk You obviously have the game figured out! I'm playing at the default level (General - middle option) with randomised options. After starting at Poland 39 I have moved along to the Dijon scenario.
In the scenarios I thought I was doing pretty well and was considering bumping up a level, but ....
At Dijon, I cannot fill my core force allocation let alone purchase auxiliary units! And winning this scenario seems to be a longshot with this force.
Made me wonder if I had not won the previous scenarios well enough - as in protect my core force. I'm using all my "Prestige" to patch up the survivors from the previous scenario.

Well, yeah. I played long enough to figure out the default difficulty level just wasn't going to work for me in the long run.
There is no shame with playing on the <idiot> difficulty level.
Dijon was brutal! That was one of those I won on the last turn with my last unit.
There is a new patch out #1. Nothing dramatic, but should probably go get it unless Steam has done that auto upgrade thingie they do so well.
Got through Iraq and now I'm beating up on Iran before heading for the Caucasus. He said optimistically.
p.s. Yes, you are probably right. Bonus prestige is earned based upon how many turns you finish under the battle limit. It is easy to run out of prestige as it is a fine line when to use it to reinforce units.

Patch Notes:
Last week we released Panzer Corps 2 and we couldn't be happier: the reception has been great, and so has the feedback. There are a number of things to improve on, and Flashback Games is on top of it. This patch is the first of a long series in order to keep expanding and refining Panzer Corps 2. Patch 1 brings the game to version 1.0.6 and it focuses on bugfixing and on better MP functionalities.

There will be much more in the future, and you can expect more news about that soon... but until then, let us know what you think about this first patch please.


- Fixed several random crashes
- Fixed crash when pressing Esc in hero selection
- Fixed the issue with transports and pontoons losing their texture when infantry uses custom skin
- Fixed turn count in Aachen MP scenario
- Fixed victory conditions in Tobruk scenario
- Fixed Fireworks and Operation X puzzles
- Fixed "weather" and "fog of war" advanced options
- Reduced the number of polygons on the screen, which should reduce the load on the GPU
- Changed settings of TXAA to reduce blurriness of map and units
- Added options to configure autosaves to Options -> Other
- Switched towed guns now keep their type after move and unmount
- Tooltips on road icons in terrain UI panel now include movement table
- Increased scroll speed in unit list and camouflage list
- Esc now closes briefing screen
- Experience can no longer grow beyond 5 stars
- In random maps, enemies do not use the same faction as the player
- Multiplayer: Fixed MP connection timing out too fast when joining the game
- Multiplayer: It's now possible to specify password for new challenges
- Multiplayer: It's now possible to select our side when creating a challenge
- Multiplayer: Surrender option has been added to Game Menu
- Multiplayer: The game should now display custom MP scenarios from 'Documents/My Games/Panzer Corps 2/Multiplayer' in the list
- In Ironman mode "restart scenario" option is no longer available
- When terrain does not have initiative cap, the UI will now show Initiative cap: - (instead of 0)
- Fixed various typos in the text
- Added two more tactical advisor tips to the Tutorial menu

After my successful drive to and through the Caucasus Stalingrad has been relieved and the final battle against the Soviets begins. MOSCOW!
I finally added a Tiger and a Panther D to my OOB. My core units now total 131 core points! I've moved a little towards quantity over quality and I hope it isn't a mistake...again.
I chose the intelligence perk for my commander at the start of the game so I can see the enemy units in every objective. Moscow has about 80+% of the approx 16 city hexes filled with infantry!
I have 3 210mm arty formations, 2 He177 strategic bombers along with 4 pioneers to soften them up enough to assault.
Sure hope that is enough.
Onward!

mTk said:
After my successful drive to and through the Caucasus Stalingrad has been relieved and the final battle against the Soviets begins. MOSCOW!
I finally added a Tiger and a Panther D to my OOB. My core units now total 131 core points! I've moved a little towards quantity over quality and I hope it isn't a mistake...again.
I chose the intelligence perk for my commander at the start of the game so I can see the enemy units in every objective. Moscow has about 80+% of the approx 16 city hexes filled with infantry!
I have 3 210mm arty formations, 2 He177 strategic bombers along with 4 pioneers to soften them up enough to assault.
Sure hope that is enough.
Onward!
Click to expand...