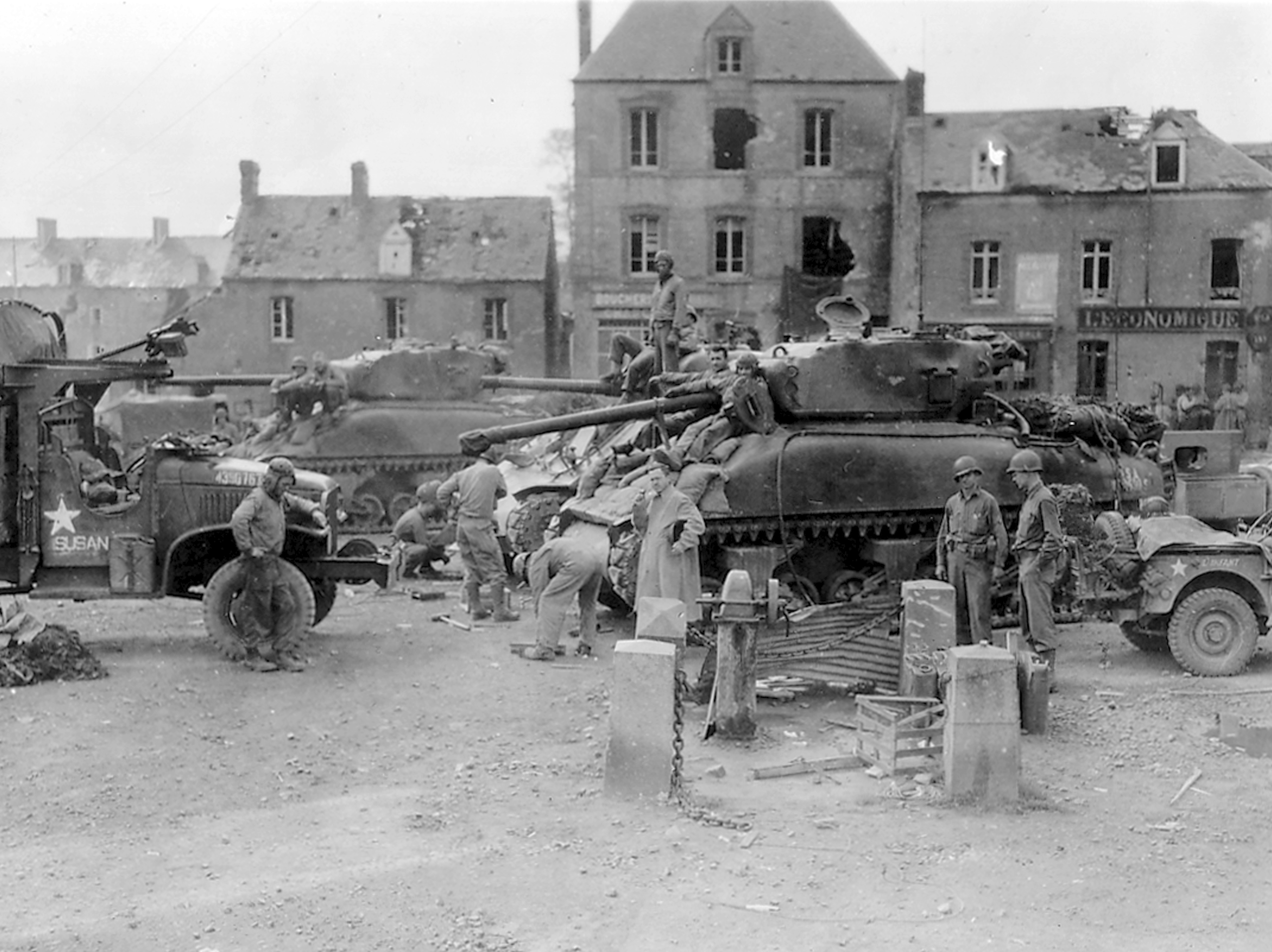 This scenario, ‘Carbide Carbide’ is based on events that occurred when US forces broke out of the Normandy beachhead in late July 1944.

In the scenario the US player commands the advance guard of Combat Command ‘A’ from the 2nd Armoured Division and has been tasked with spearheading the breakout in his sector and forging ahead to seize the town of COUTANCES.

The German player is tasked with foiling this breakout attempt and has a hodge podge of units based around the shattered remnants of the I Fusilier Battalion from the 363 Infantry Division supported by elements from the Panzer Lehr division.

Play against AI or H2H.

This scenario was originally included in the CMBN base game. After feedback from players who played this H2H I amended an error in the US scoring points. Although the points are amended this is still a tough scenario for the US player and will require careful handling of a combined arms force to win this. If playing this H2H the more competent/gung ho player should take the US.