Starting reports on battles this turn.
The Natal Carabineers are advancing into Ravello. Two German tanks have been spotted and enemy infantry is repositioning to counter my maneuvers.
Pushing the right flank and identifying a PzKpfw IV lurking in the trees.

The 1 BTN 24RCT's probe into Persano is beginning with a little thunder from the mortars and machine gun fire on the German defenders!

German armor identified on a hill to my right flank.

Things just got quite a bit dangerous at Kursk, er. I mean Ravello. Foolish me bringing infantry to a tank fight!

Paleolithic Monk said:
Things just got quite a bit dangerous at Kursk, er. I mean Ravello. Foolish me bringing infantry to a tank fight!
Click to expand...

Is there any restrictions on purchasing units in the campaign? Is there system of sorts?

Nathangun said:
Is there any restrictions on purchasing units in the campaign? Is there system of sorts?
Click to expand...

Nope —anything goes except the silly extra cheap air support for allies.

With American mortar fire raining down on the Fallschirmjager defenders at PERSANO, a lurking enemy Sherman takes a hit ... don't think it was terminal as the tank managed to reverse back out of the line of fire...

The Axis have been dealt a painful blow at Ravello.

Paleolithic Monk said:
The Axis have been dealt a painful blow at Ravello.
View attachment 19678
Click to expand...

Yes, that was especially painful to watch ... commander go hit by sniper fire and crew panicked ... and reversed straight into enemy TD line of fire... very annoying.
What made it extra painful was that they turned 45 degrees before reversing... if the tank had gone just back straight this most likely wouldn’t have been the result.

@Rico I had a similar but reversed situation a few months back in a game against @WinOrLose, he had a Panzer IV hunkered down behind a large building and I had worked two shermans in on each side at a distance to try to pinch him out, one way or the other, turns out that wasn't going to be the case. His PzIV moved forward, the commander was taken out by one of my infantry squads or a sniper, can't recall which, and the PzIV panic reversed right into the sights of one of the pinching shermans, this guy was dead. Stone cold dead, panicked crew, no vision, side on to my sherman at less than 300 meters.

My sherman spotted, lined the shot up, fired..... and hit the tree a few meters in front of him, PzIV stops, sherman fires again, again tree, PzIV spots the sherman, lines up, straight through the turret, sherman crew bails out and the next shot finishes the job.

Many bad words were said that day, mostly directed at BFs indestructible trees.

I'm spewing now I didn't make a video of that incident, and I literally cleaned out my CMFI incoming email folder yesterday.

Tough fight at Persano. I'm trying to advance my troops over an exposed ridge line while dodging machine gun fire and mortar bombardments.
This MG team survived a close call.

PERSANO... a bucolic tableaux... an abandoned scout jeep... a Sherman in the field beyond... and the smoke of German mortar rounds wreathing the far ridge line...

Damned German mortars! Dropping Pixeltruppen before they can get into the fight.

Allied troops are gaining ground at Ravello. I'm getting a closer look at @Rico troops, and I'm not sure, but I think some of them are Italian conscripts?

No wonder the roman empire lasted so long!

Paleolithic Monk said:
Allied troops are gaining ground at Ravello. I'm getting a closer look at @Rico troops, and I'm not sure, but I think some of them are Italian conscripts?
View attachment 19736
Click to expand...

Looks legit to me. 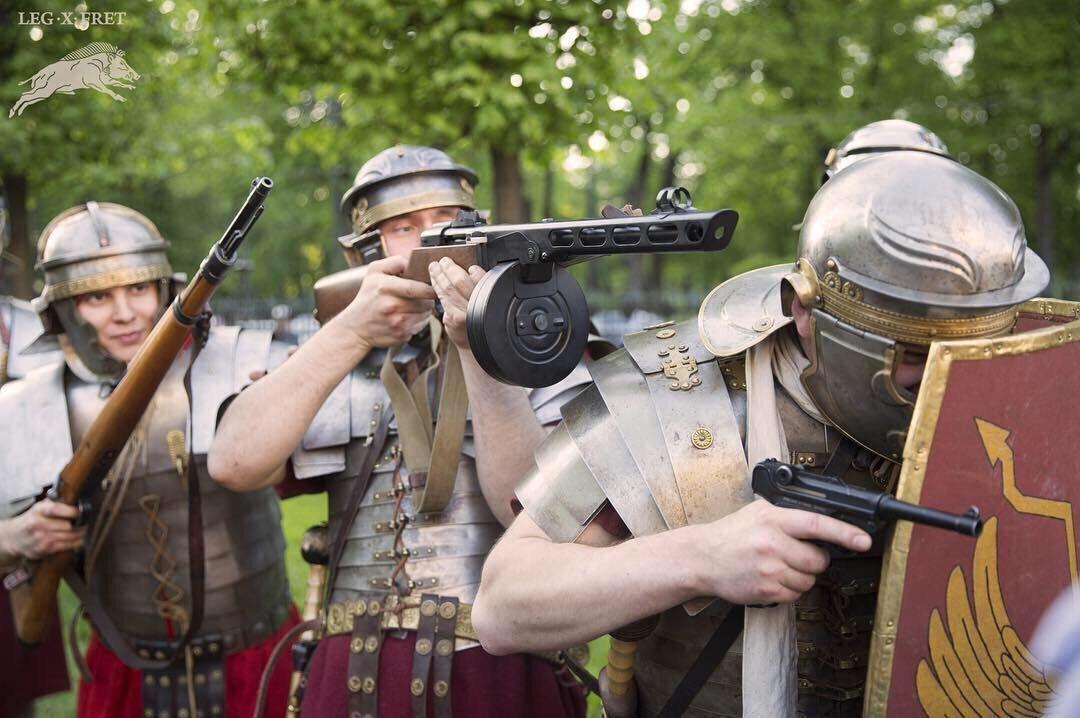 When I play Rome in the Civilization games, I always imagine that they don't change even though I make it into the modern era.

Are these pics from Denmark by the way? we had a war-historical festival last year with reenactors from Roman times through Iron Age (Vikings), American Civil War, WW2, and the Cold War.

Some of my forward troops get a little close to a PzKpfw IV at Ravello. Two of the three would soon become causalities. But an opportune flank shot from my Sherman took the German tank out a few seconds after that.
Get down lads!

Paleolithic Monk said:
Allied troops are gaining ground at Ravello. I'm getting a closer look at @Rico troops, and I'm not sure, but I think some of them are Italian conscripts?
View attachment 19736
Click to expand...